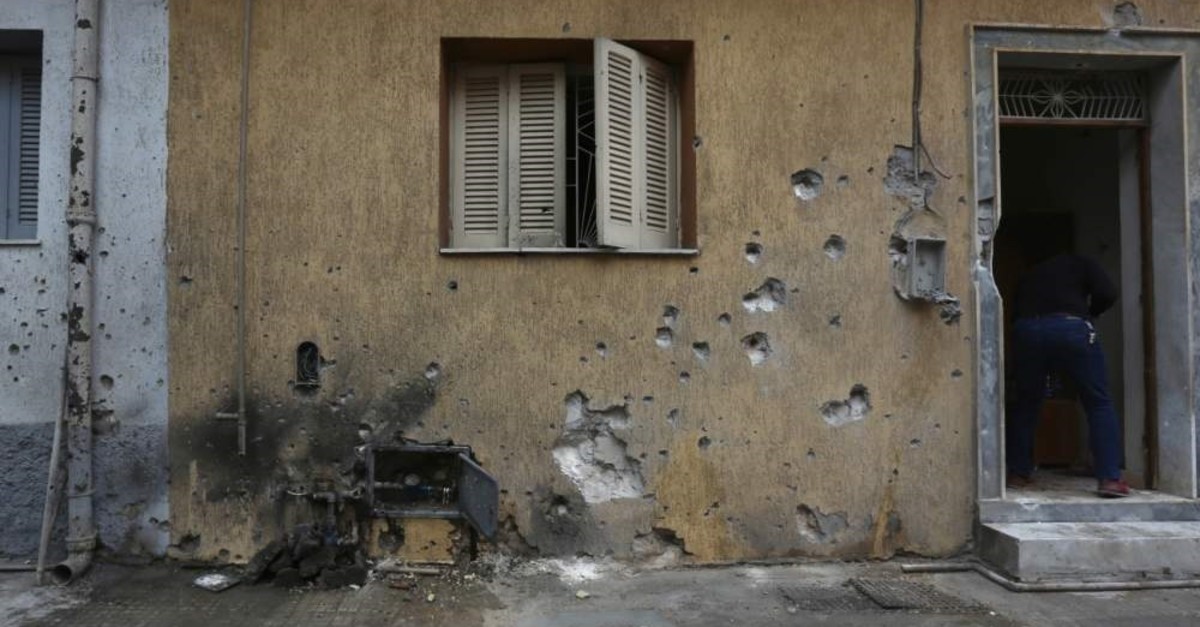 Damage can be seen on buildings and cars after forces loyal to eastern-based putschist Khalifa Haftar attacked the capital Tripoli, Feb. 13, 2020. (AA Photo)
by Daily Sabah with Agencies Feb 14, 2020 12:12 pm

The Tripoli-based internationally recognized Government of National Accord (GNA) called on the U.N. on Thursday to bring putschist Khalifa Haftar to account for his recent violations of the cease-fire that happened just one day after the U.N. Security Council adopted a resolution for a "lasting cease-fire" in the war-torn country.

The GNA's foreign ministry in a statement on social media condemned the breaches of the cease-fire by armed militias loyal to Haftar and demanded the U.N. to call those responsible to account.

The U.N. Security Council Wednesday adopted a resolution calling for a "lasting cease-fire" in war-torn Libya, where a fragile truce has been in place since January.

The text, drafted by Britain, was approved by 14 votes out of 15, with Russia abstaining.

It was subject to weeks of wrangling, reflecting deep international divisions over Libya despite world leaders recently agreeing to end all foreign interference in the country and to uphold a weapons embargo.

However, the next day one person died and nine more were injured by a rocket launched by Haftar forces on a café in the Salah al-Din region south of Tripoli while a rocket injured another five in the south of the University of Tripoli.

Tripoli's sole functioning airport Mitiga, frequently shut down by shelling, suspended flights for several hours after it was hit by a rocket strike before resuming operations on Thursday.

Since the ousting of late leader Moammar Gadhafi in 2011, two seats of power have emerged in Libya – Haftar in eastern Libya supported mainly by Egypt and the United Arab Emirates, and the GNA in the capital Tripoli, which enjoys U.N. and international recognition.