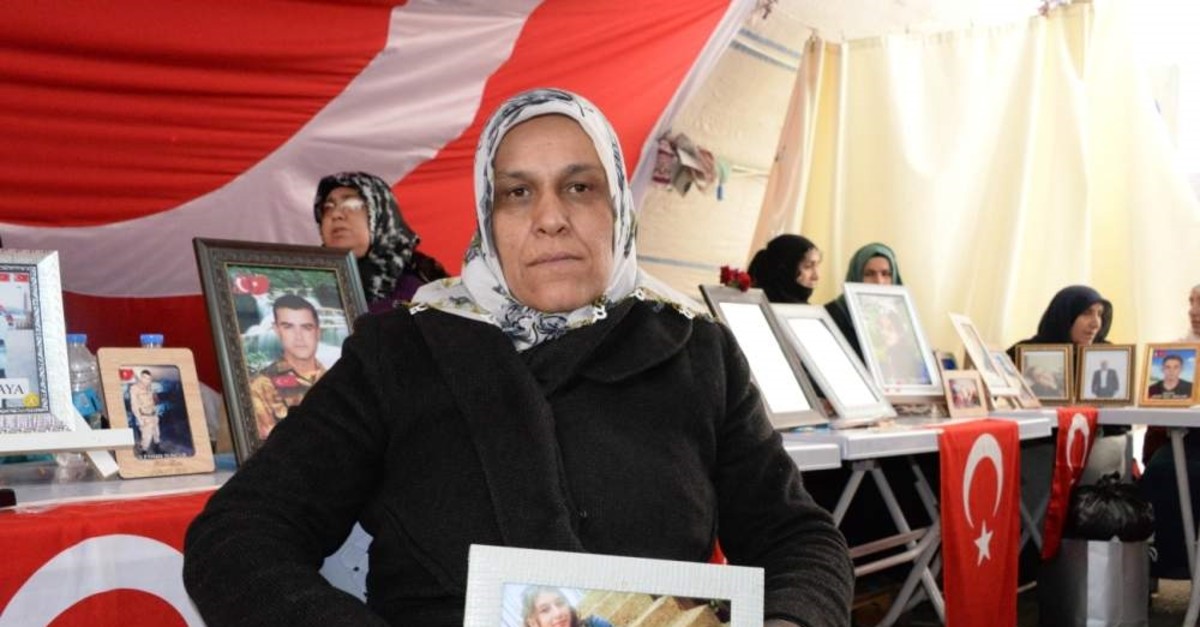 The number of families to be reunited with their children who had been kidnapped by the PKK terrorist organization reached seven on Sunday as one more family rejoined with their long lost daughter.

The daughter of Gevriye Ayhan, a Kurdish mother who has been participating in a sit-in protest in front of the People's Democratic Party (HDP) headquarters in southeastern Diyarbakır province, surrendered to Turkish military forces on Sunday after five years with the PKK terrorists.

Having been convinced by authorities to go back home, Pelda Ayhan returned to her family in line with the 167th day of the protests.

Still, dozens of families continue their fight against the terrorist group in Diyarbakır in the hope of seeing their children again.

"Some families' children have come back. We are hopeful that ours will be back as well," said a mother, Songül Altıntaş, in an interview with Anadolu Agency (AA) on Sunday.

Altıntaş, who lost her son to the PKK five years ago, stated that in the cold weather conditions of Diyarbakır, the possibility of her son returning is the only thing that warms her up.

The sit-in protests are seen as a reaction against the outlawed PKK, a terror group that has abducted and recruited their children, as well as the HDP, a political party which many of these families view in league with the PKK.

Since the beginning of their protest, the mothers have received support from all around the country with almost all segments of society expressing solidarity with their cause. Currently, a total of 57 families are participating in the protests.

The HDP is also known for encouraging young people to join the terrorist organization. That is to say, children abducted by the PKK are first radicalized by the HDP. The would-be recruits are then used as instruments for propaganda and are forced to work.