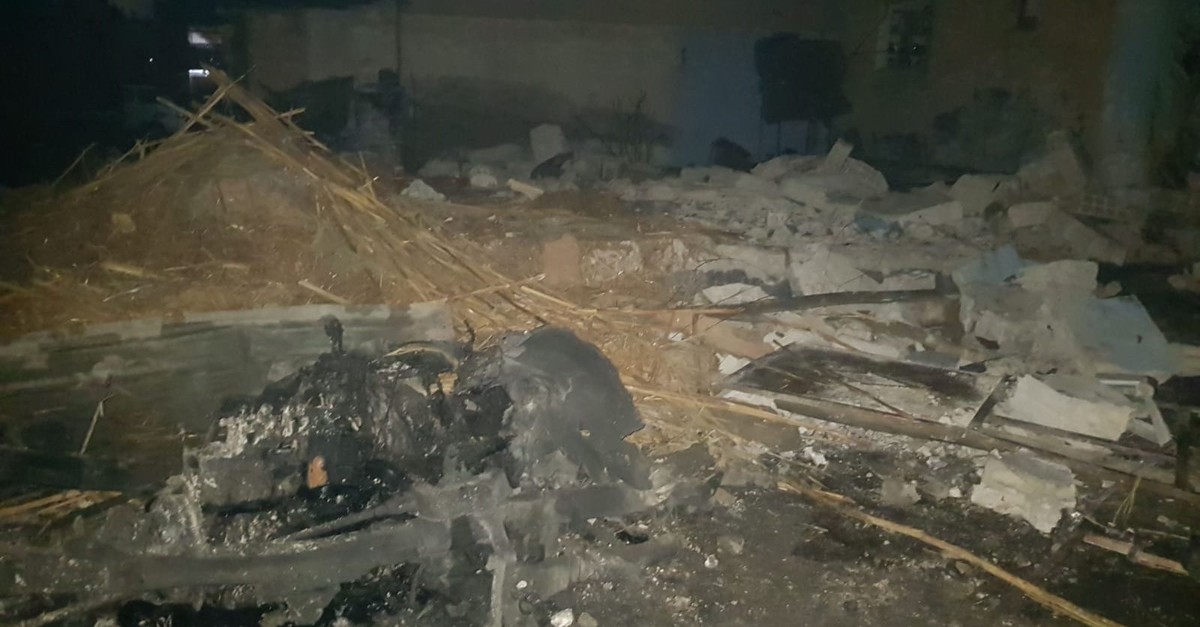 At least four civilians were killed and five others injured in a car bombing carried out by the YPG/PKK terrorists in the northern Syrian town of Tal Abyad, security sources said Monday.

Initial reports suggest that the attackers used a bomb-laden truck, according to the source who spoke on condition of anonymity due to the restrictions on talking to the media.

In a statement, Turkey's Defense Ministry said that the terrorist who carried out the attack was captured by security forces.

"The perpetrator was captured alive along with another terrorist who came to the area with a bomb-rigged vehicle for a second attack," the ministry said on Twitter.

Tal Abyad was cleared of terrorists in October during Turkey's anti-terror Operation Peace Spring, launched to eliminate YPG/PKK terrorists from east of the Euphrates River to secure Turkey's borders, aid in the safe return of Syrian refugees, and ensure Syria's territorial integrity.

Turkey has since reached agreements with both the U.S. and Russia to force the terrorist YPG/PKK to withdraw from the planned terror-free zone. But pockets of deadly terrorists have defied the pullback.

The YPG/PKK terrorists, however, continue attacks in Tal Abyad and Ras al-Ayn districts despite pulling out of areas under a deal reached by Turkey and the U.S. on Oct. 17.

In its more than 30-year terror campaign against Turkey, the PKK – listed as a terrorist organization by Turkey, the U.S. and EU – has been responsible for the deaths of nearly 40,000 people, including women and children. The YPG is the PKK's Syrian offshoot.