Trump calls on Russia to stop 'atrocities' in Syria 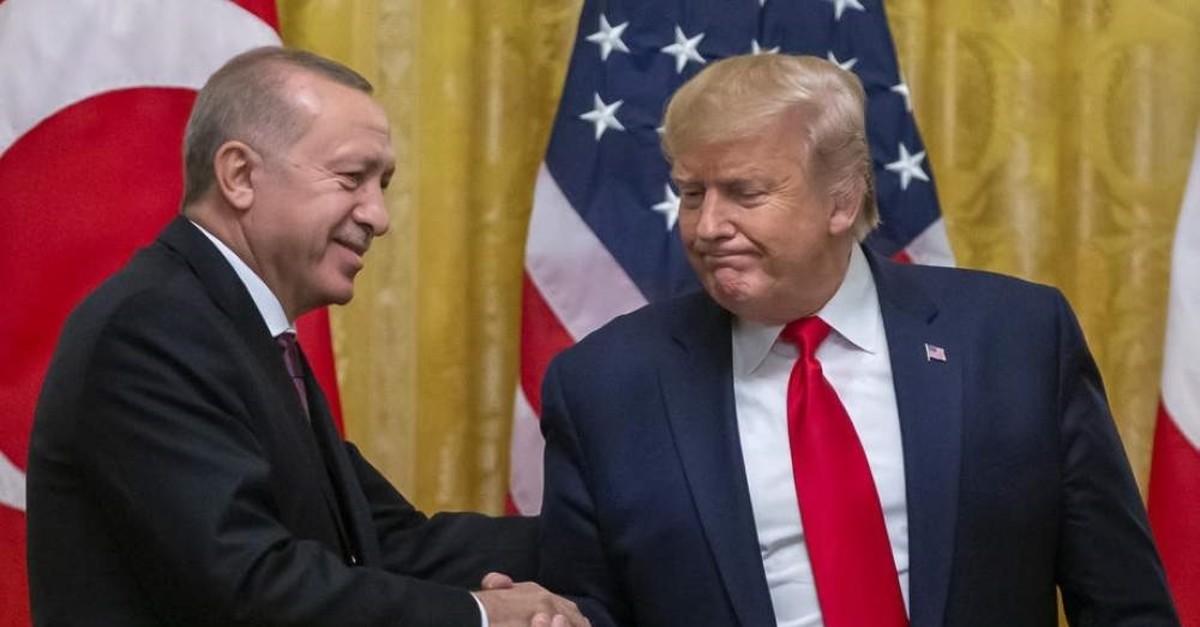 U.S. President Donald Trump has called on Russia to stop its support for what he called the Syrian government's "atrocities" in the country's conflict.

In a statement released by the White House on Sunday, Deputy Press Secretary Judd Deere said that Trump, in a phone call with President Recep Tayyip Erdogan on Saturday, "conveyed the United States' desire to see an end to Russia's support for the Assad regime's atrocities and for a political resolution to the Syrian conflict."

The two leaders discussed recent developments in Syria, stressing that the Bashar Assad regime's attacks on the northwestern province of Idlib are unacceptable. Erdoğan and Trump also discussed ways to end the crisis in Idlib "without further delay," it was stated.

Trump, who spoke with Erdogan on Saturday, "expressed concern over the violence in Idlib, Syria, and thanked President Erdogan for Turkey's efforts to prevent a humanitarian catastrophe," the statement said.

More than 1,300 civilians have been killed in attacks by the regime and Russian forces in the zone since then as the cease-fire continues to be violated.

Ankara wants to resolve the issue in Idlib through diplomatic channels, Foreign Minister Mevlüt Çavuşoğlu said on Saturday, adding: "If it is not possible, we will take the necessary steps."

The phone call came days after U.S. forces clashed with Syrian government forces in the region.

U.S. Secretary of State Mike Pompeo had also condemned the attack on Turkish military forces in Idlib and had reiterated U.S. support for Turkey last week.

“My condolences to the families of the soldiers killed in yesterday's attack in Idlib,” he said on his Twitter account, adding he had "sent Jim Jeffrey to Ankara to coordinate steps to respond to this destabilizing attack."