Another 148,000 civilians displaced in 6 days in northwest Syria 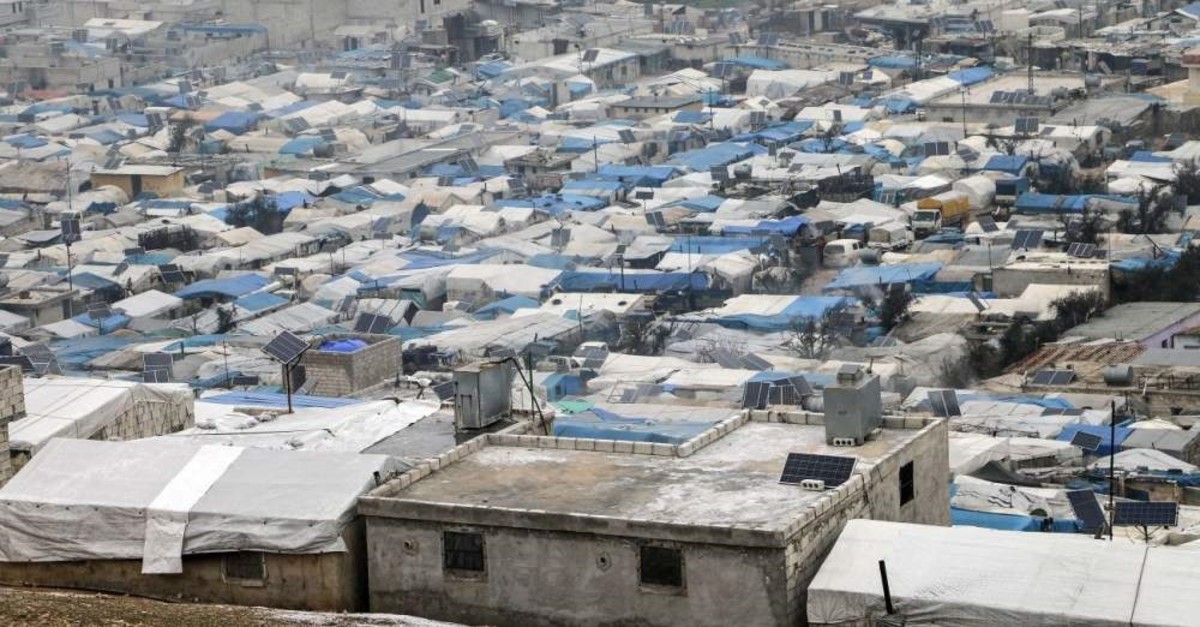 Civilians trying to survive the harsh winter conditions in poor tents are still having a difficult time after fleeing the attacks of Russia and the Assad regime, Feb. 13, 2020. (AA Photo)
by Daily Sabah with AA Feb 18, 2020 4:52 pm

In the past six days, 148,000 more Syrian civilians have been displaced following the advance of the Russian-backed Bashar Assad regime in northwestern Syria, according to Syria's Response Coordination Group.

With this latest figure, the number of displaced people in Idlib and neighboring areas since January 2019 has reached nearly 2 million, most of them taking shelter in areas close to the Turkish border, which already hosts over 3.6 million Syrian refugees.

Despite the implementation of the cease-fire on Jan. 12, violence and tensions have been rising since the beginning of the year, causing the death of hundreds and the displacement of thousands.

It has been months now since regime forces sped up attacks on Idlib, the last opposition stronghold in the war-torn country, targeting innocent civilians under the pretext of fighting terrorists. However, the regime is not alone in its attacks, which have been ongoing since April 2019. As its backer, Russia is often active on the ground aggravating the humanitarian crisis.

Syrian families displaced by the attacks try to live under harsh winter conditions in camps near the Turkish border.

Snowfall in some regions and subzero temperatures are also raising the fears of a major humanitarian catastrophe and prompting the U.N. to make an urgent appeal for shelter solutions.