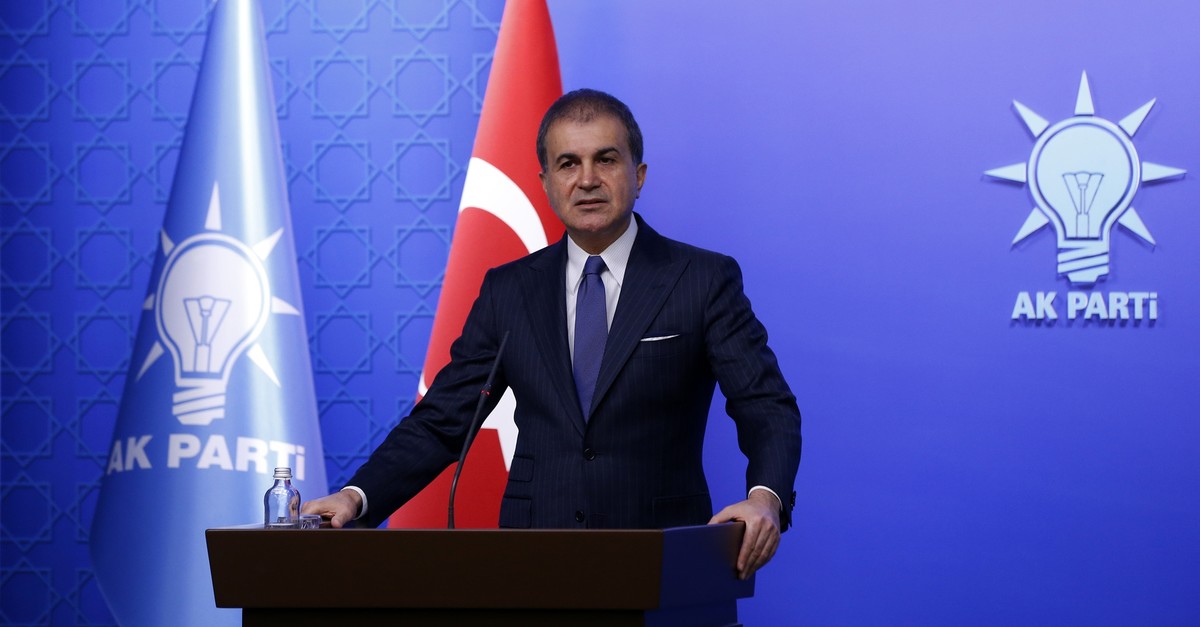 Speaking at a news conference in Ankara, Çelik said the regime has violated the cease-fire more than 20,000 times by carrying out attacks on civilians and civilian infrastructure.

Çelik said it is not just the violations of the Sochi agreement but also Russia's promises being violated by the regime.

Turkey sent troops to Idlib as part of agreements with Russia – 2017 Astana and 2018 Sochi accords – which sought de-escalation in the region. But regime forces, its allies and militias loyal to it continue to violate the cease-fire.

He noted that the re-establishment of truce in Idlib is one of the most important missions of the Turkish Armed Forces, besides fighting terrorism.

More than 690,000 women and children have been displaced and are moving toward the Turkish border, he said, adding that Turkey took measures to address the issue and most of the people have taken refuge in the towns of Afrin, Azaz and al-Bab in northern Aleppo province.

Çelik cited a statement by the World Health Organization (WHO) that 53 health centers and 26 vaccine centers halted their activities due to regime attacks and doctors had moved to safer locations.

Çelik pointed out that a record 1,227 humanitarian aid initiatives were carried out in January through the border crossings at Öncüpınar and Cilvegözü in Turkey's southern Hatay province.

Since the bloody civil war broke out in Syria in 2011, Turkey has taken in some 3.7 million Syrians, making it the world's top refugee-hosting country.

Çelik also said Turkey should keep an eye on Libya, which is being pushed into becoming another Syria by some states.

"Since there were no early interventions following the developments in Syria, the innocents and civilians have, unfortunately, paid a great price," he said.

Commenting on the Berlin summit on Libya, he said statements made by European states do not reflect reality.

On Jan. 12, parties in Libya announced a cease-fire in response to a joint call by the leaders of Turkey and Russia. But talks for a permanent cease-fire ended without an agreement after renegade commander Khalifa Haftar left Moscow without signing the deal.

Haftar accepted terms in Berlin to designate members to a U.N.-proposed military commission with five members from each side to monitor the implementation of the cease-fire.