UN urges all parties to stop carnage in Idlib 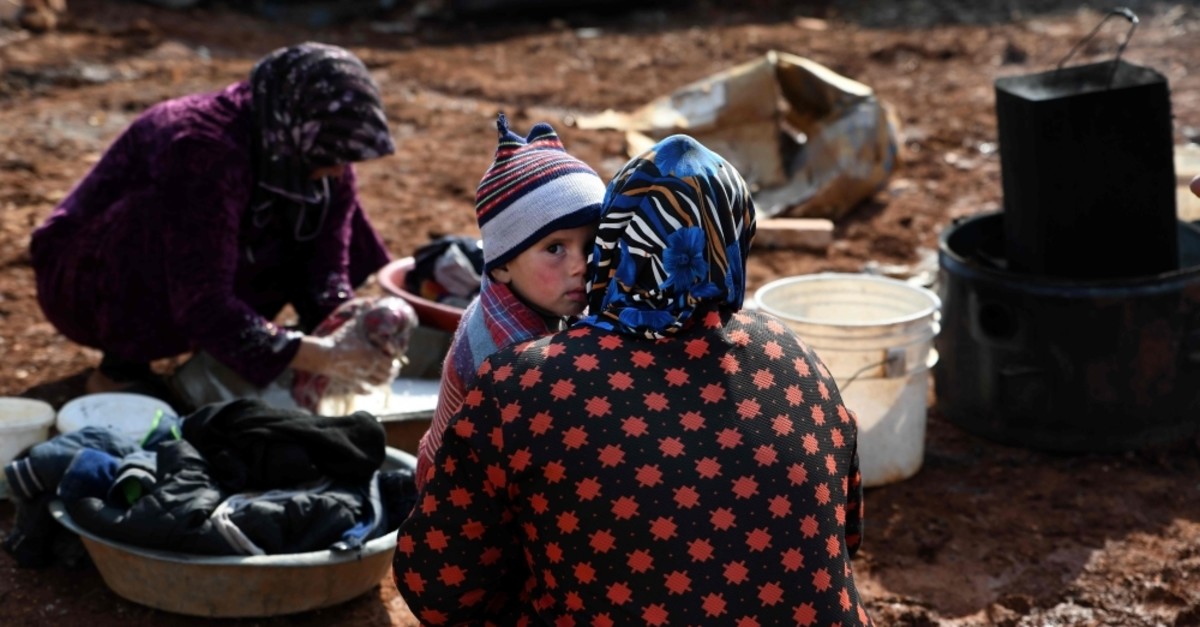 The carnage in Syria must stop, and it must stop now, U.N. regional spokesperson for the Syria crisis David Swanson said, calling for an end to hostilities in the region, especially in the northwestern province of Idlib.

Speaking to Daily Sabah, Swanson said: “The world needs to wake up and do something to stop the horrific suffering of these people. We continue to call for an immediate cessation of hostilities and urge all parties and those with influence over them to ensure the protection of the over 3 million civilians in Idlib and surrounding areas, in line with their obligations under international humanitarian law." Swanson added that half of these 3 million people had already been displaced.

“Of this number, over 500,000 are children, underscoring the gravity of this crisis further,” Swanson said, warning that the situation on the field continues to worsen by the minute.

On top of that, another four civilians lost their lives late Monday due to aerial and ground attacks by the Bashar Assad regime and Russia. Russian warplanes targeted residential neighborhoods in the town of Darat Izza in Aleppo governorate, killing three civilians, said the war monitor Syrian Observatory for Human Rights. Meanwhile, one civilian was killed by regime airstrikes and artillery fire in the town of al-Dana east of the Turkish border.

Asked how the U.N. evaluates the outlook of the ever-growing crisis in the country, Swanson stated: “The situation on the ground remains fluid so it’s difficult to predict what will happen.”

The U.N. regional spokesperson further stressed that the U.N. expects the figure of civilian casualties to rise given the intensity of the violence. “Daily reports of airstrikes and shelling has resulted in undue suffering for hundreds of thousands of women, children and men displaced after more than nine months of violence, violence which has already resulted in over 1,700 civilian deaths and scores more injured,” he continued.

The Syrian regime refuses to end the humanitarian catastrophe unfolding in the northwest of the country. On Monday, Assad vowed to continue the onslaught on Idlib and the neighboring Aleppo countryside.

"The liberation of the countryside of Aleppo and Idlib is continuing apart from some empty voices coming from the north," Assad said in a televised speech, hinting at Turkey's warnings of intervention in the humanitarian crisis if the advances by regime forces continue.

Backed by heavy Russian airstrikes, regime forces have been fighting since the beginning of the year to recapture the Aleppo countryside and parts of neighboring Idlib, where opposition forces hold their last strongholds.

“As humanitarians, our main concern remains the safety and protection of the more than 3 million civilians caught up in the violence in Idlib and surrounding areas,” Swanson said, adding that “many of those who have sought shelter in camps, informal settlements or unfinished buildings have nothing but the clothes on their backs.”

The humanitarian needs of the displaced people mainly are protection, shelter, food, sanitation, health and education – all urgent priorities. “We continue to receive disturbing reports of people burning plastic or clothing just to keep warm,” he added, saying that harsh winter conditions have added to the tragedy.

While the humanitarian community and Turkey continue to scale up the response to support all people in need, this latest emergency compounds an already dire humanitarian situation for people in northwest Syria who have been made vulnerable by years of crisis, violence, economic downturn and multiple displacements.

The U.N. high commissioner for human rights, Michelle Bachelet, on Monday condemned the continued killing and displacement of civilians in northwestern Syria despite the announcement of a cease-fire nearly a week ago. "No shelter is now safe," Bachelet said.

Civilians have continued to be killed and seriously injured before, during and after the cease-fire agreement. On Jan. 11, a few hours before the implementation of the cease-fire, military operations in the area intensified and at least 20 civilians were killed in airstrikes that hit several areas in Idlib. The Office of the High Commissioner for Human Rights (OHCHR) recorded incidents in which eight civilians were killed in the city of Idlib itself. Seven civilians from one family, including a woman and six girls, were killed when their house was hit in the town of Binnish in eastern rural Idlib and five civilians, including two children, were killed in the village of al-Nairab in eastern rural Idlib.