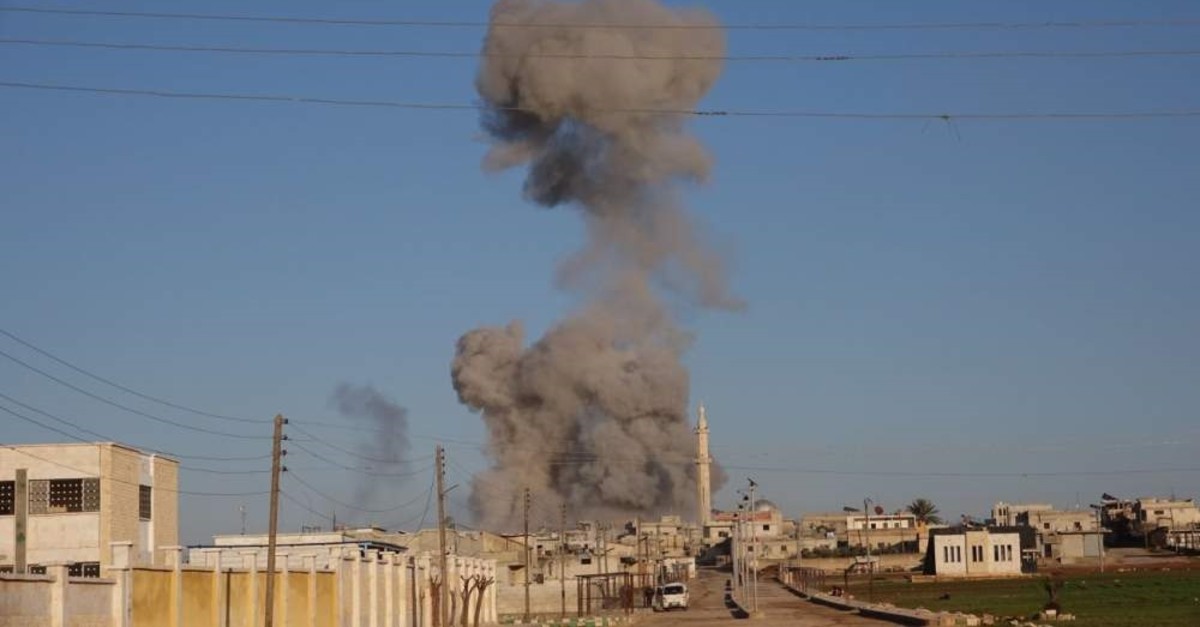 YPG terrorists remain in Syria’s northwestern Tal Rifaat region in a proximity that could pose a threat to civilians and to the Turkish Armed Forces (TSK) trying to eliminate the humanitarian crisis in the area, despite Russia’s vows to clear the area of terrorists.

According to the latest agreement between Russia and Turkey on northeastern Syria and the establishment of a safe zone that would aid the return of Syrian refugees while preventing the formation of a terror corridor to Turkey’s south, Russia was set to drive YPG elements from the area.

Yet, reportedly the YPG presence in the region remains as it was prior to the agreement, reached after marathon talks between Russia and Turkey.

Also, in February, the YPG agreed on a deal with the regime to transfer oil extracted from occupied areas to the regime-dominated areas in Deir el-Zour. According to the agreement, regime-affiliated companies operating west of Deir el-Zour were expected to lay pipes under the Euphrates to transport oil to the war-torn country's eastern provinces. The agreement aimed for a rapid transfer of oil, which was previously carried by boats.

The YPG and the Assad regime have been known to get along well with each other. Before Turkey’s anti-terror operation in northern Syria, a senior YPG leader had said that they were considering a partnership with the Assad regime while the terrorist, identified as Bahoz Erdal, told the Irbil-based BasNews in December: “The regime should not forget that if it wasn't for YPG policies, there wouldn't be any regime left.”

Now, with the backing of Russia and Iran-supported militias, the Assad regime and YPG terrorists continue their assaults on Turkey and civilians in the region while forces loyal to Assad have caused the deaths of 13 Turkish soldiers recently.

However, more than 1,800 civilians have since been killed in attacks carried out by the Bashar Assad regime and Russian forces, flouting both the 2018 cease-fire and a new one that started on Jan. 12.