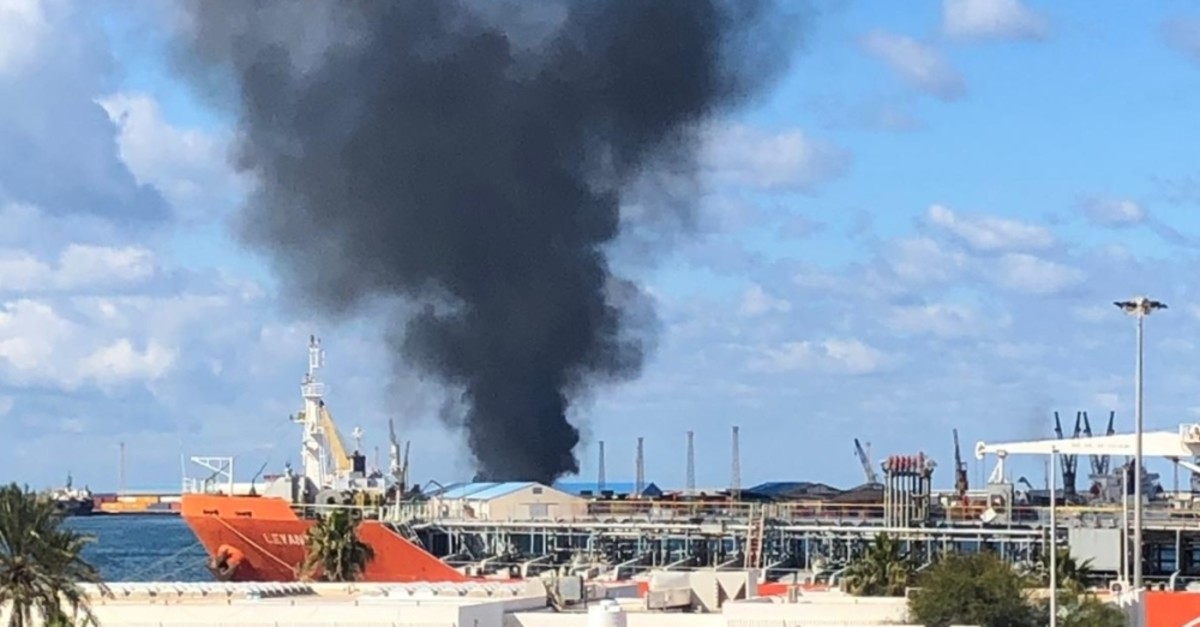 Libya's U.N.-recognized government underlined that it seeks a strong commitment to a cease-fire to end the war in the country, following the failure of the previous truce

The head of the U.N.-recognized Government of National Accord (GNA) on Wednesday stated that the Tripoli government wants a “strong signal” from international players before resuming cease-fire talks which were suspended following the latest attacks.

GNA Prime Minister Fayez al-Sarraj’s statements came after three civilians were killed when a barrage of rocket fire by forces loyal to putschist Gen. Khalifa Haftar hit the port in the Libyan capital Tripoli. The attack led to the suspension of talks aimed at brokering a lasting cease-fire in the war-torn country where a fragile truce has been repeatedly violated.

"We are announcing the suspension of our participation in the military talks taking place in Geneva until firm positions are adopted against the aggressor (Haftar) and his violations" of the truce, the GNA said in a press release.

Five others were also injured in the two missile attacks, Fevzi Uneyyis, the spokesperson for the Health Ministry under the GNA announced on the "Operation Volcano of Rage” social media account, a military operation being conducted by GNA forces. The attack was condemned by the U.N. on Wednesday.

Mustafa al-Mujai, a spokesman for the operation, said according to preliminary reports, heavy damage occurred at the port due to the attacks.

The GNA council said the port is vitally important for people to receive basic necessities such as food and medicine, accusing Haftar's forces of committing war crimes.

The council also stressed that if the international community really wants stability in Libya, the cease-fire decisions must be implemented.

It said as long as the capital is not safe and the people who want to return to their homes cannot do so, talk of a permanent cease-fire is meaningless.

The GNA's Ports Directorate said Haftar's forces struck the Port of Tripoli with missiles on Tuesday during the cease-fire negotiations.

"It is clear the objective of the systematic bombardments of the residential areas, the airport and the port, in addition to the total blockage of the oil installations, is to provoke crises for the citizens in all the aspects of their life," the GNA statement said.

The country’s National Oil Corporation (NOC), which dominates Libya’s critical oil industry and is based in Tripoli, on the other side, said projectiles struck meters away from a highly explosive liquefied petroleum gas (LPG) tanker discharging in the port, prompting it to evacuate fuel vessels from the area and cancel offloading operations.

Haftar met Russia's defense minister, Sergei Shoigu, on Wednesday for talks on resolving the conflict in the North African state, the Russian defense ministry said in a statement.

Shoigu and Haftar discussed the situation in Libya and "the important role of talks" held in Moscow in January as well as "the need to fulfill" terms agreed to during an international summit in Berlin last month, Moscow said, without disclosing the exact location of the meeting.

Since early April, forces loyal to Haftar have been launching a campaign to capture Tripoli from the GNA forces. Clashes between the two sides since then have left more than 1,000 people dead and about 5,500 wounded, according to the World Health Organization (WHO).

Libya has remained beset by turmoil since 2011 when Moammar Gadhafi was ousted and killed in a bloody NATO-backed uprising after four decades in power. The oil-rich country has since seen the emergence of two rival seats of power: one in eastern Libya, with which Haftar is affiliated, and the Tripoli-based GNA, which enjoys U.N. recognition.