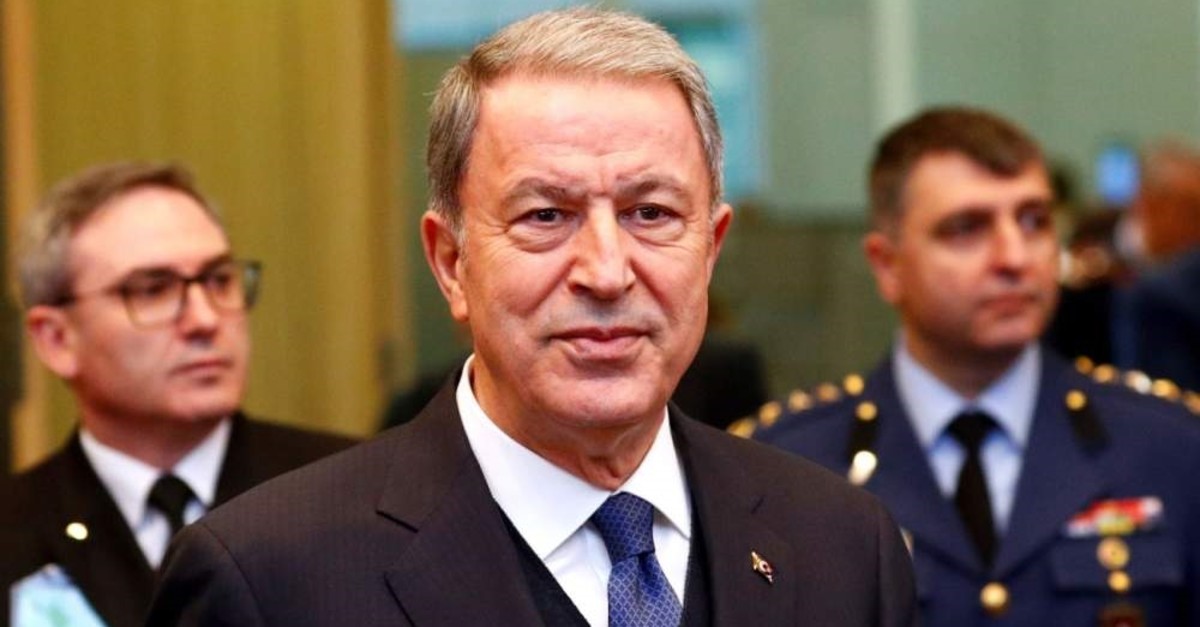 Turkey expects parties in Syria's northwestern Idlib province to live up to their commitments under the Sochi deal with Russia, the country's defense minister said on Wednesday.

"Withdrawing from our observation posts (in Idlib) is out of the question," Hulusi Akar told reporters before attending his Justice and Development Party's (AK Party) parliamentary group meeting in the capital Ankara.

Akar said they would retaliate against any attack on Turkish observation posts.

"We expect the parties (in Idlib) to rapidly comply with their commitments under the Sochi deal such that a cease-fire can be implemented and bloodshed can be stopped," he said. "We have complied, and we expect the other parties to do the same," he added.

Akar said the situation in Idlib had a military, security and defense dimension, adding that "the humanitarian aspect" should be considered as well.

"Millions of people have left their homes. Children, women and the elderly ... are trying to survive under the rain and snow, in difficult weather conditions," the minister said, adding that Turkey had extended a helping hand to those in Idlib through its military and welfare organizations.

Tensions in the region have escalated after Syrian regime attacks in Idlib killed 12 Turkish military personnel, who were in northwestern Syria, just across the Turkish border, as part of an anti-terror and peace mission.

President Recep Tayyip Erdoğan and his Russian counterpart Vladimir Putin signed the Sochi deal on Sept. 17, 2018. Both sides agreed to set up a demilitarized zone in Idlib where acts of aggression are expressly prohibited.

The regime and Russian attacks were paused shortly after the deal, and almost 80,000 displaced Syrians returned to their homes. However, the regime forces and its ally Russia resumed their attacks on residential areas in a blatant violation.

More than 1,800 civilians have since been killed due to artillery fires and airstrikes.

Assad regime advances have forced over 1.7 million civilians to flee toward the border with Turkey, which already hosts more than 3.7 million Syrian refugees, the largest number in the world.