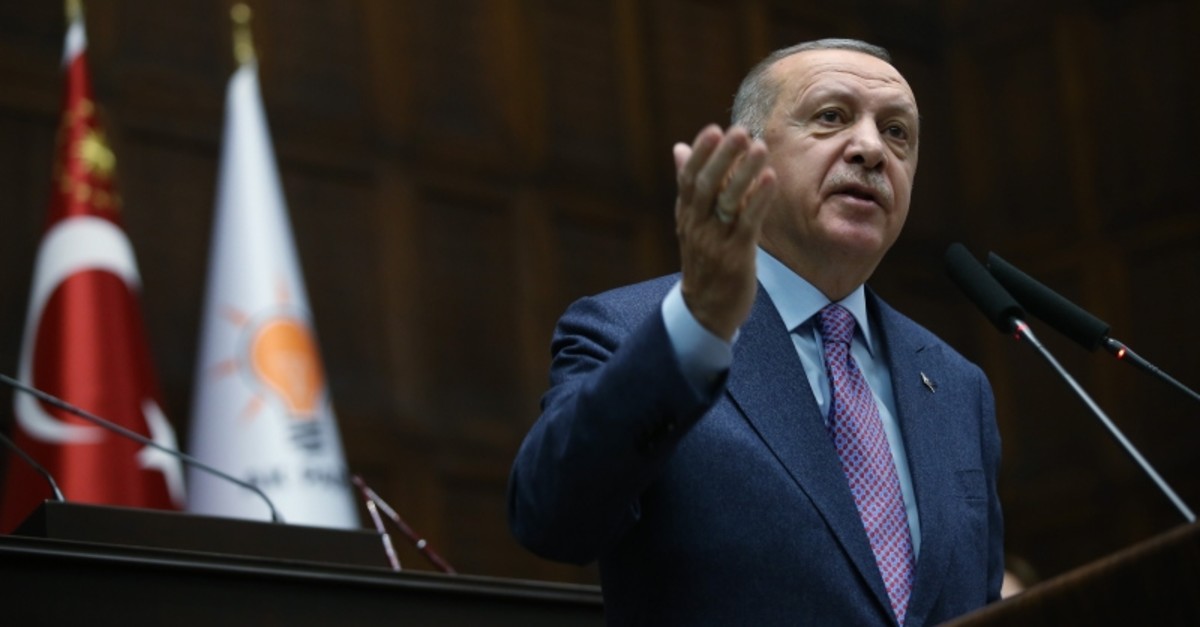 Turkey will not hesitate to take care of its security concerns regarding the ongoing crisis in Idlib by itself if other countries in the region fail to abide by the Sochi agreement, President Recep Tayyip Erdoğan said Wednesday.

"Like our previous operations, we say our operation may happen suddenly one night," Erdoğan said, referring to three cross-border operations targeting terrorists in northern Syria.

"Frankly speaking, the Idlib operation is a matter of time. Turkey will not leave Idlib to the Assad regime and its backers, who have not comprehended the determination of our country regarding this matter," Erdoğan said.

Reiterating Turkey's determination to prevent another migrant crisis, the president said Turkey does not intend to take on the burden created as a result of regional developments.

"We are determined at all costs to turn Idlib into a safe haven for the sake of Turkey and the people of the region," he added.

The president continued by adding that none of the meetings with Russia have produced favorable results, and even though they will continue to hold talks, the two countries are "miles away" from reaching a mutual conclusion.

"There are few days left (according to the deadline given by Turkey) for the regime to stop its aggression in Idlib and retreat to the areas determined by the Sochi deal. These are our last warnings," the president said.

Turkey has been reinforcing its observation posts in Idlib following two attacks by Assad regime forces, which left 13 Turkish soldiers and a civilian dead, and 45 others injured.

Last week, Erdoğan said Turkey would hit all targets it deemed an immediate threat, reiterating that Turkey expected the Assad regime to retreat behind the observation posts by the end of February or face the consequences.

Assad regime forces entered the strategic town of Saraqib in Idlib on Feb. 5 in a renewed push by the regime to recapture the last opposition bastion, disregarding Turkey's warnings to withdraw.