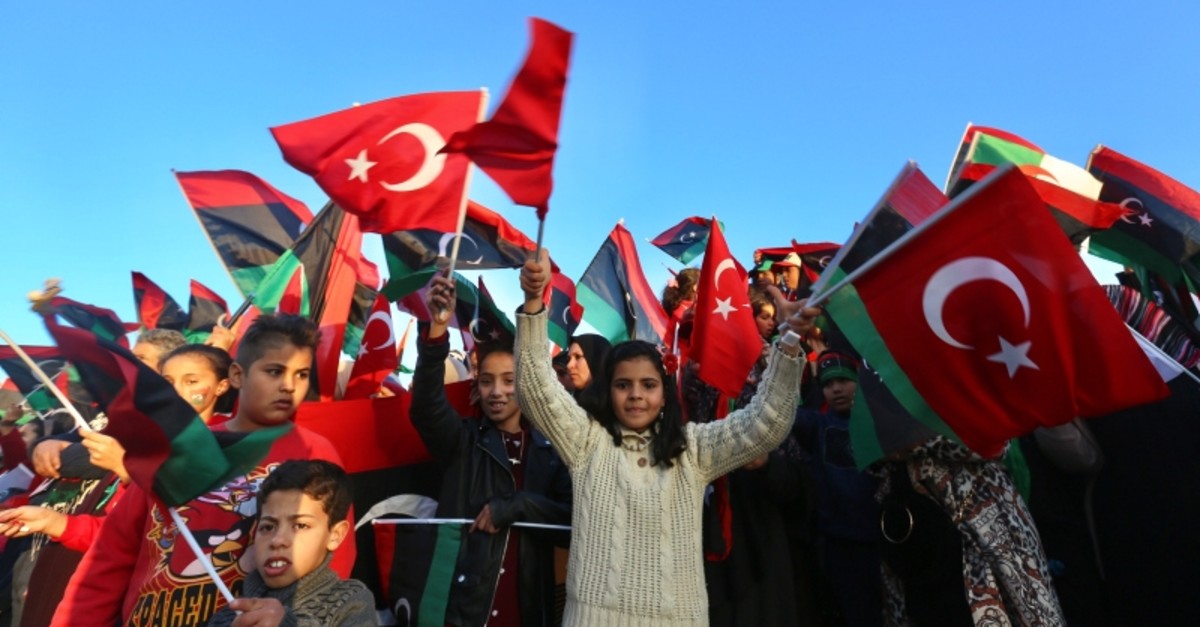 Speaking at the ruling Justice and Development Party’s (AK Party) group meeting in capital Ankara, Erdoğan said Turkey continues to side with Libya’s legitimate Government of National Accord (GNA) in Tripoli.

Referring to the EU’s recent statement on Libya, Erdoğan also said the EU has no authority to make decisions on Libya.

The EU this week decided to launch a new naval and air mission in the Eastern Mediterranean to stop more weapons from reaching the warring factions in Libya.

Since the ouster of late ruler Moammar Gadhafi in 2011, two seats of power have emerged in Libya: one in eastern Libya supported mainly by Egypt and the United Arab Emirates and the other in Tripoli, which enjoys U.N. and international recognition.

On Nov. 27, Turkey and Libya's Tripoli-based GNA signed a bilateral memorandum after a meeting between President Recep Tayyip Erdoğan and al-Sarraj in Istanbul. The deal enables Turkey to secure its rights in the Mediterranean while preventing any fait accompli maneuvers by other regional states.