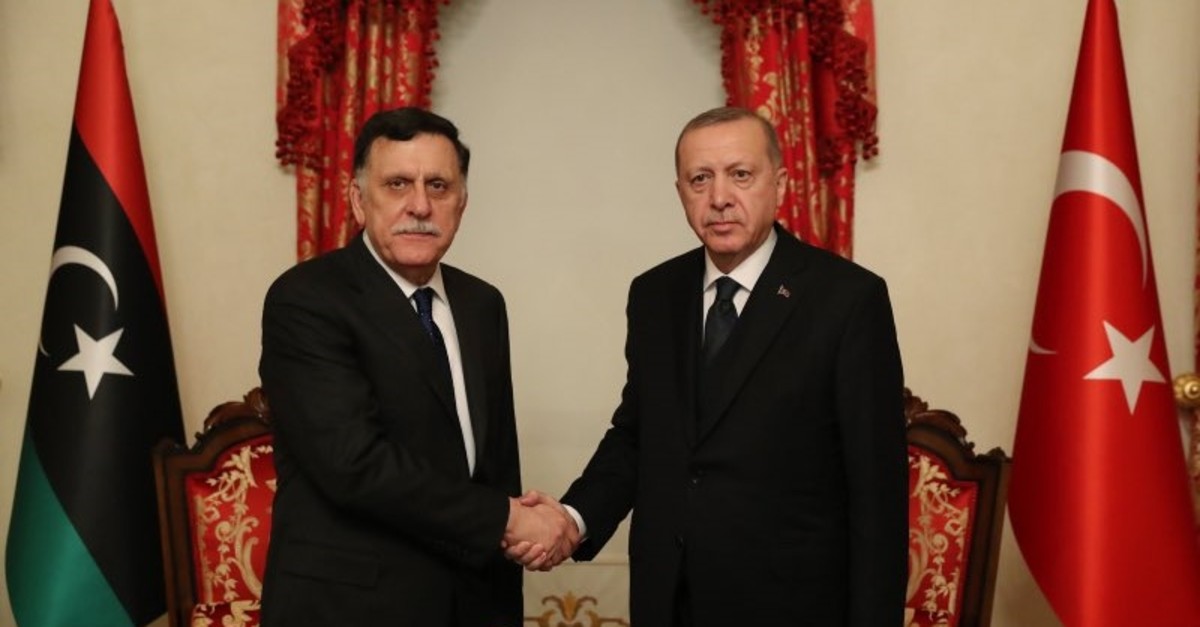 The closed-door meeting was held in the Presidential Office in Istanbul's Beşiktaş district.

Since the ousting of late ruler Muammar Gaddafi in 2011, two seats of power have emerged in Libya: Haftar in eastern Libya, supported mainly by Egypt and United Arab Emirates, and the GNA in Tripoli, which enjoys U.N. and international recognition.

The GNA has been under attack by Haftar since last April, with more than 1,000 lives lost in the violence.

Warring parties announced a cease-fire on Jan. 12 in response to a joint call by Turkey and Russia. But talks for a permanent cease-fire ended without an agreement after Haftar left Moscow on Jan. 14 without signing a deal.

On Tuesday, the GNA said forces loyal to Haftar killed three civilians and injured five in two missile attacks on the Port of Tripoli.

Following the attack, the GNA announced it withdrew from the U.N.-hosted military committee talks in Geneva until a determined stance is embraced against the violations of Haftar's forces.

On Thursday, the U.N. announced the resumption of military committee meetings.

"I confirm today that the 5+5 format military committee meetings in Geneva have resumed," Jean El-Alam, a spokesman for the U.N. Support Mission in Libya (UNSMIL), told Anadolu Agency (AA).