Libya's Haftar accused of murder, torture in US courts 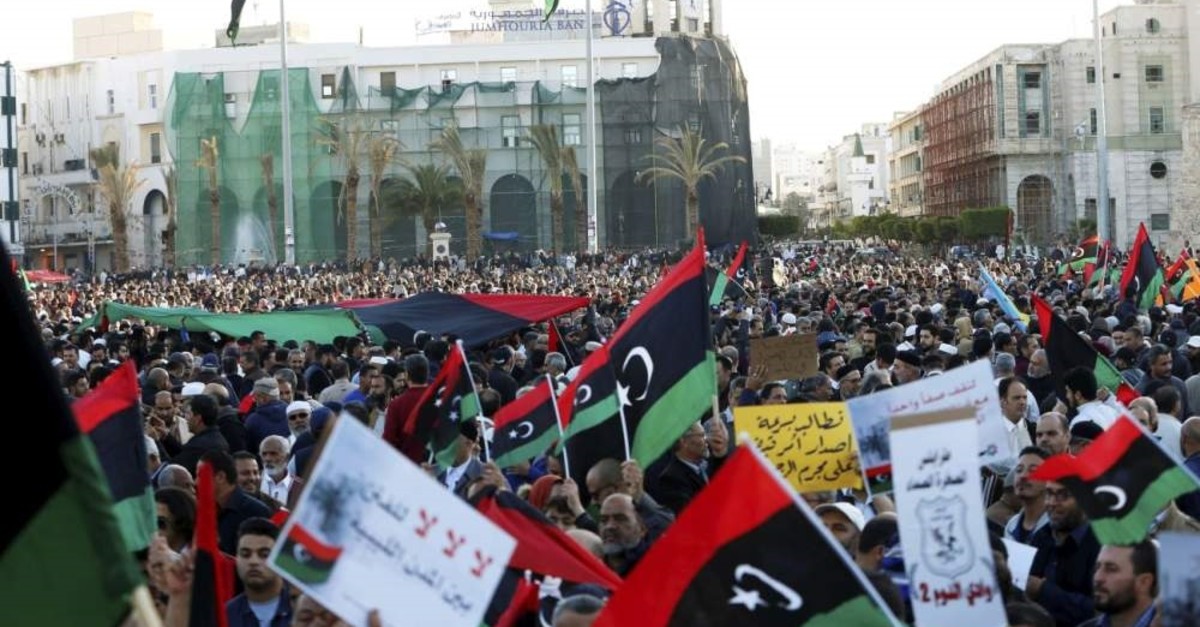 Two Libyan families whose members were extrajudicially killed and tortured by the forces of putschist Gen. Khalifa Haftar, who is waging a rebellion against the U.N.-recognized government in Tripoli, took legal action against the warlord in U.S. courts Tuesday.

According to The New York Times, the families are trying to benefit from the Torture Victim Protection Act of 1991 against Haftar, whose forces tortured members of the al-Suyid and al-Krshiny families at the height of Libyan civil war in 2014.

The families seek justice and restitution from Haftar, and his sons Khalid and Saddam, who have properties in Virginia worth at least $8 million, according to the Times.

"Many other suits filed under the act have failed to gain traction because there are few assets for the court system to seize if a lawsuit succeeds. But Mr. Hifter and his sons own at least 17 properties in Virginia worth a total of at least $8 million, according to the lawsuit," the Times said, using an alternative spelling for Haftar.

"The complicated past of Mr. Hifter, a dual Libyan-American citizen, makes him potentially vulnerable to legal action in American courts," it added.

Recalling that Haftar was a "former CIA asset" during the Ronald Reagan administration in the 1980s, who was backed by the U.S. to lead the coup against the late Col. Moammar Gadhafi in 1987, the newspaper said he is currently supported by "Russia and much of the Arab world but opposed by Europe and the United States."

"Mr. Hifter's work for the CIA, like almost all spy operations, is draped in mystery. A former aide to Colonel Qaddafi, he turned on the Libyan leader in 1987 and was recruited by American intelligence. A planned coup never came to fruition, and Mr. Hifter and his rebel group were eventually brought to the United States. Mr. Hifter and his sons settled in Northern Virginia, where they eventually bought several properties," it said.

In the lawsuit, the plaintiffs accuse Haftar of two extrajudicial killings and torture of several family members who were "stripped and then beaten about the head with pipes, cables and a broomstick," as well as subjecting them to electric shocks.

The lawsuit also accuses Haftar and his sons of using the Libyan National Army to wage "an indiscriminate war against the Libyan people."

Since the ouster of Gadhafi in 2011, two seats of power have emerged in Libya: Haftar in eastern Libya supported mainly by Egypt and the United Arab Emirates, and the Government of National Accord (GNA) in Tripoli, which enjoys U.N. and international recognition.

On Jan. 12, the parties announced a cease-fire in response to a joint call by the Turkish and Russian leaders.

Following the attack, Libya's U.N.-recognized government announced that it withdrew from the U.N.-hosted military committee talks in Geneva until a determined stance is embraced against the violations of Haftar's forces.