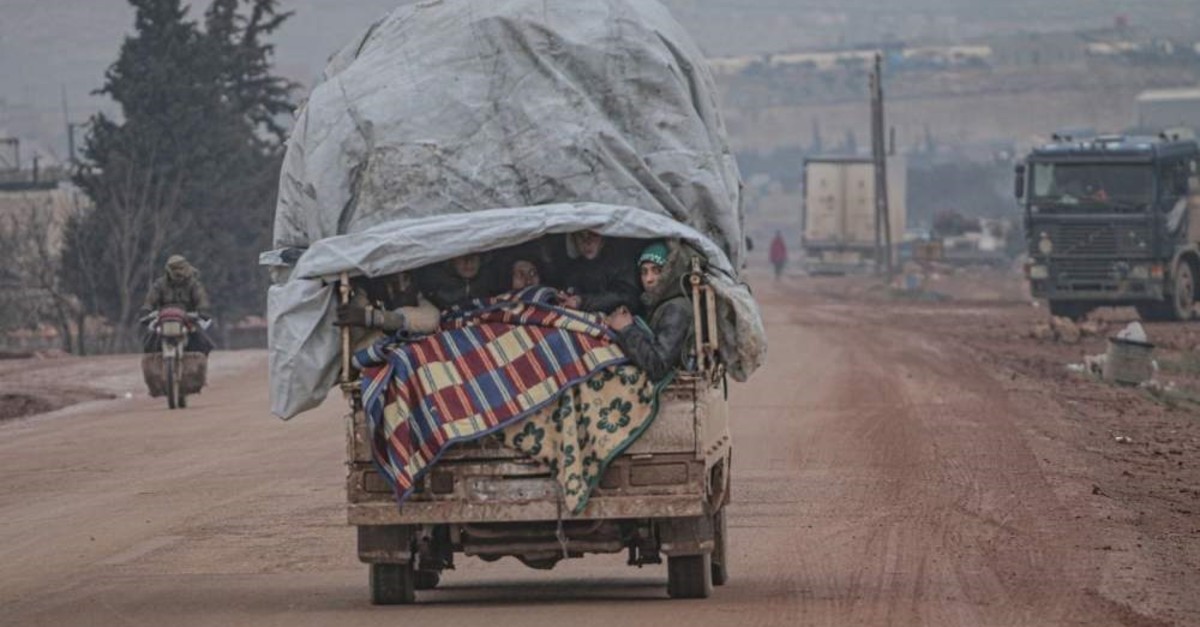 The U.N. refugee agency on Thursday called on Turkey to take in more refugees from Syria, as hundreds of thousands flee the Bashar Assad regime's assault on northwestern Syria's Idlib province.

"We need an end to the fighting and access to safety to preserve lives," U.N. High Commissioner for Refugees (UNHCR) chief Filippo Grandi said in a statement.

"I am also appealing for neighboring countries, including Turkey, to broaden admissions, so that those most in danger can reach safety," Grandi said.

Turkey is already hosting around 3.7 million Syrian refugees, making it the country hosting the most refugees in the world. Turkey has frequently urged the international community to act against the assault of the Assad regime on civilians, saying that it could trigger another major refugee wave, which it did in the end. Recently, 900,000 people fled the attacks of Russia and the regime in Idlib, seeking shelter in safe zones near the Turkish border.

As part of its efforts, Turkey has launched the Astana process with Russia and Iran and signed the Sochi deal with Russia which had declared Idlib as a de-escalation zone.

Despite the efforts, regime forces and Russia continue to create chaos in the region. Still, Turkey continues its diplomacy with Russia. Recently, a Turkish delegation went to Moscow for negotiations.

It has been months now since regime forces accelerated their attacks on Idlib, the last opposition stronghold in the war-torn country, targeting innocent civilians under the pretext of fighting terrorists. However, the regime is not acting alone. It is backed by Russia which is often active on the ground, aggravating the humanitarian crisis.

Grandi said "capacities and public support are already strained" in neighboring countries and asked for more international support for governments taking in refugees.

"Thousands of innocent people cannot pay the price of a divided international community, whose inability to find a solution to this crisis is going to be a grave stain on our collective international conscience," Grandi said.