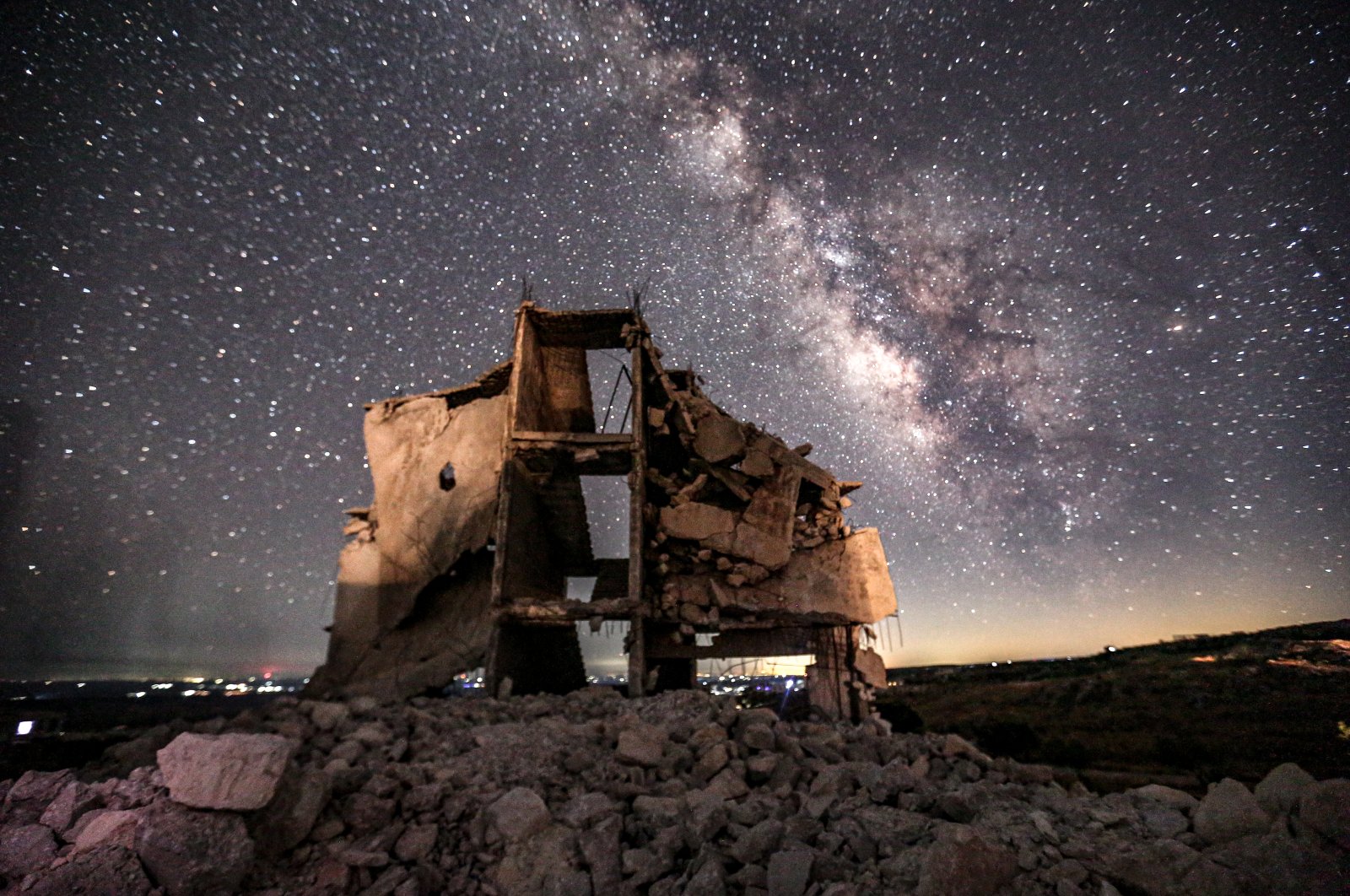 Since March, when an agreement between Ankara and Moscow was brokered, 204,000 displaced people have returned to the northwestern Syrian province of Idlib, Turkey's Directorate of Communications reported on Saturday.

Posting an infographic on the refugees in the region on its Twitter account, the directorate said that the current total population of Idlib is 3.1 million.

The directorate also said that due to the Bashar Assad regime's latest attacks on the region, 780,000 Syrians remain displaced.

Turkey and Russia, which back opposing sides in Syria's war, agreed on March 5 to halt military activity in the northwestern Idlib region after an escalation of violence displaced nearly a million people and brought the two sides close to confrontation. The deal addresses Ankara's main concerns, stopping the flow of refugees and preventing the deaths of more Turkish soldiers on the ground.

Although the region has been relatively peaceful in accordance with the deal, there are still occasional attacks recorded by both the Syrian regime and its backers Russia and Iran.

Last week, in a regime assault, two civilians, one of whom was a child, were killed.

Regime forces violated the cease-fire and attacked the town of Ariha, among several villages, according to the White Helmets, a civil defense group operating in the area. Meanwhile, Russian warplanes conducted at least 10 simultaneous air raids on villages located in northern Latakia.

It is estimated that over 1 million Syrians have moved near the Turkish border due to intense attacks over the last year, while half of this number was displaced after November 2019.

In order to ease conditions in the region, Turkish humanitarian agencies regularly provide aid to Idlib, with an emphasis on building houses for refugees now living in camps.

The Humanitarian Relief Foundation (IHH) said on Sunday that it provided 220,000 food packages to the region since the beginning of the year. Selim Tosun, responsible for the foundation's Syrian media branch, told Anadolu Agency (AA) that aid work continues nonstop.

"The families in Syria do not own agricultural fields that they can plant to survive without humanitarian aid. The few fields (suitable for agriculture) are constantly under attack. As the intense attacks continue, the migration also increases, which eventually leads to food shortages," he said, underlining that this is why having border gates open is crucial.

Stating that support comes from all over the world in order to assist displaced families in Syria, Tosun said that 1.2 million civilians have already benefitted from the foundation's aid in 2020.

In addition to supplying food, multiple foundations, including the IHH, as well as some Turkish politicians, are constructing briquette houses in the region. The Beşir Foundation erected some 180 briquette homes in Idlib that will provide better living conditions for the Syrian families who previously had to survive in makeshift tents.

"There is a bedroom, a living room, a kitchen, a bathroom and a toilet in the houses that cover 40 square meters (430 square feet) on average," said Kayabekir.

Last month, President Recep Tayyip Erdoğan pledged to fund the construction of 50 briquette homes for civilians in Idlib, saying Turkey aimed to fulfill its goals to build homes in the summer so refugees can take shelter before winter sets in. First lady Emine Erdoğan also donated funds for the provision of 57 briquette homes.

Interior Minister Süleyman Soylu, who himself sponsored the construction of 20 briquette houses, shared a post on Twitter stating that the project was being run in cooperation with the Sadakataşı Foundation and Social Development Center and the Education and Social Solidarity Association (TOGEM). Soylu said the main aim of the campaign was to build houses for 50,000 displaced families before winter.

The Sadakataşı Foundation has so far completed 90% of the 1,530 briquette houses scheduled to be built in nine different areas along the Turkish-Syrian border.

Even though nongovernmental organizations, the United Nations, and Turkish institutions and relief organizations struggle to meet the needs of the many civilians in the war-torn country, in the face of the new coronavirus threat, aid is insufficient. In a situation where even the most developed and modern countries are desperate in the fight against the virus, it is hard to expect a country with almost no standing hospital and where children cannot find water to wash their hands to cope with the threat. Only half of the countries’ medical facilities are still operating.

As the number of virus cases in Idlib rose to 11, the pass between Idlib and northwestern Afrin has been shut down by the Syrian National Army (SNA), as a precautionary measure against the pandemic. Only humanitarian and medical aid deliveries are being permitted to transfer between the two regions.

The White Helmets group has also been disinfecting camps, schools, mosques, bakeries and public offices in the region.