23 health facilities bombed in Libya over past year, UN says 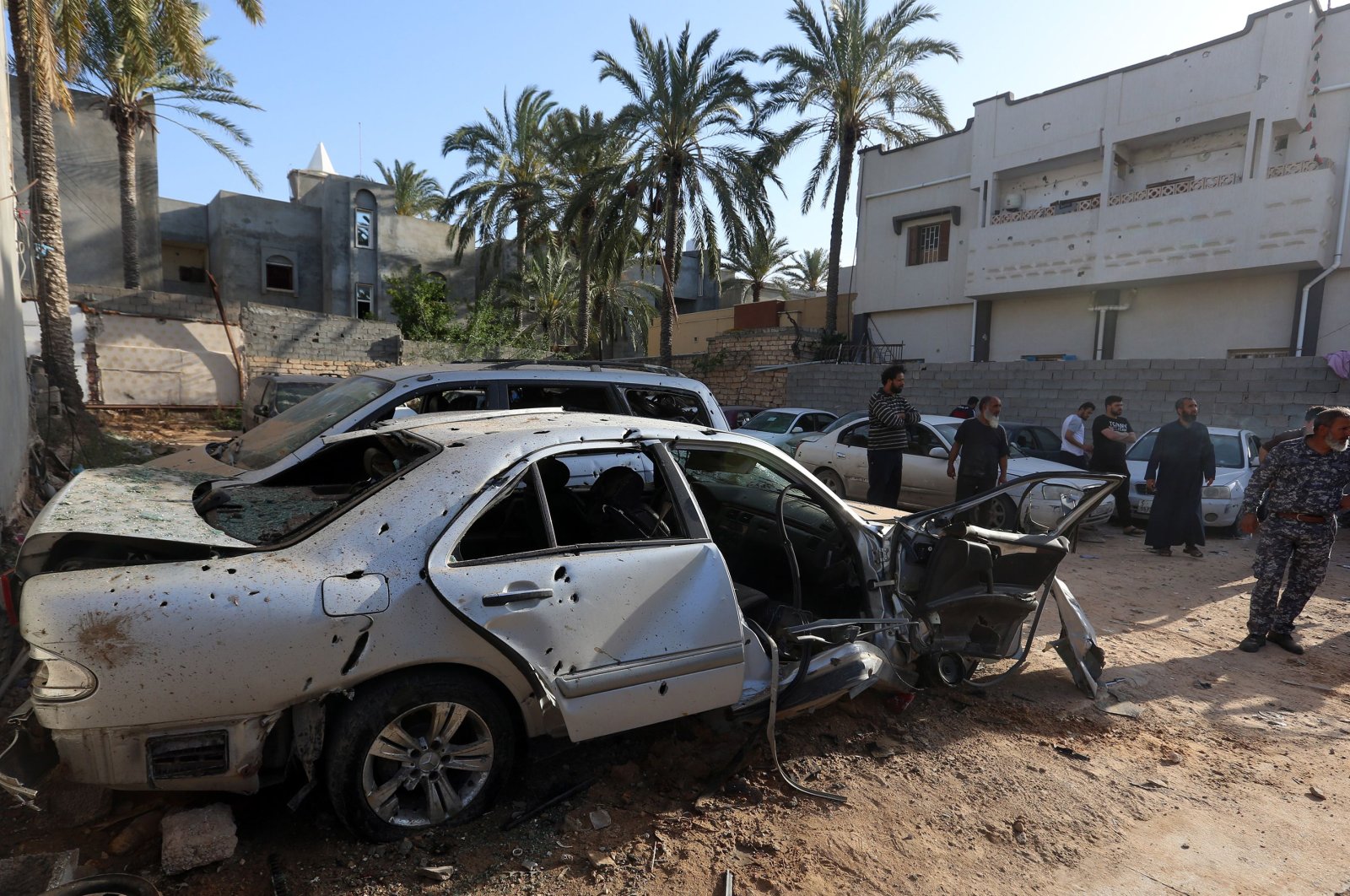 Libyans check the site of shelling on the residential area of souq al-Gomaa, north of the Libyan capital Tripoli, on April 17, 2020. (AFP)
by Anadolu Agency Apr 20, 2020 10:35 am
RECOMMENDED

The U.N. Support Mission in Libya reported that 23 attacks had been carried out on health facilities in the war-torn country over the last year, with nine in the last four months alone.

"One attack on health is too many. Royal private hospital in Ain Zara, Trek al Shok shelled, yesterday. 23 health facilities shelled in #Libya since April 2019, killing 80 people and injuring 61," said the U.N. Support Mission in Libya on Twitter.

A "humanitarian truce" starting March 22 to halt clashes between the parties fighting in Libya had been proposed by the U.N. due to the coronavirus pandemic.

The U.N.-recognized Government of National Accord (GNA) had announced that it accepted the proposal. Despite putschist Gen. Khalifa Haftar's announcement that he also accepted the cease-fire, forces loyal to him launched airstrikes on Tripoli only minutes later.

A day after the first case of COVID-19 was confirmed in Libya on March 23, pro-Haftar militias carried out one of the most intense attacks on the capital Tripoli.

Since the ouster of late ruler Moammar Gadhafi in 2011, two seats of power have emerged in Libya: renegade Haftar in eastern Libya, supported by Egypt and the United Arab Emirates, and the GNA in Tripoli, which enjoys U.N. and international recognition.

International efforts to reach a cease-fire have been stymied by Haftar's side flouting the process.

After first appearing in Wuhan, China in December, the coronavirus has spread to at least 185 countries and regions.

Data compiled by the U.S.-based Johns Hopkins University showed worldwide infections surging past 2.38 million, with more than 55,100 deaths. Over 221,200 people have recovered.