243 sick migrant children to be brought to Germany from Greece 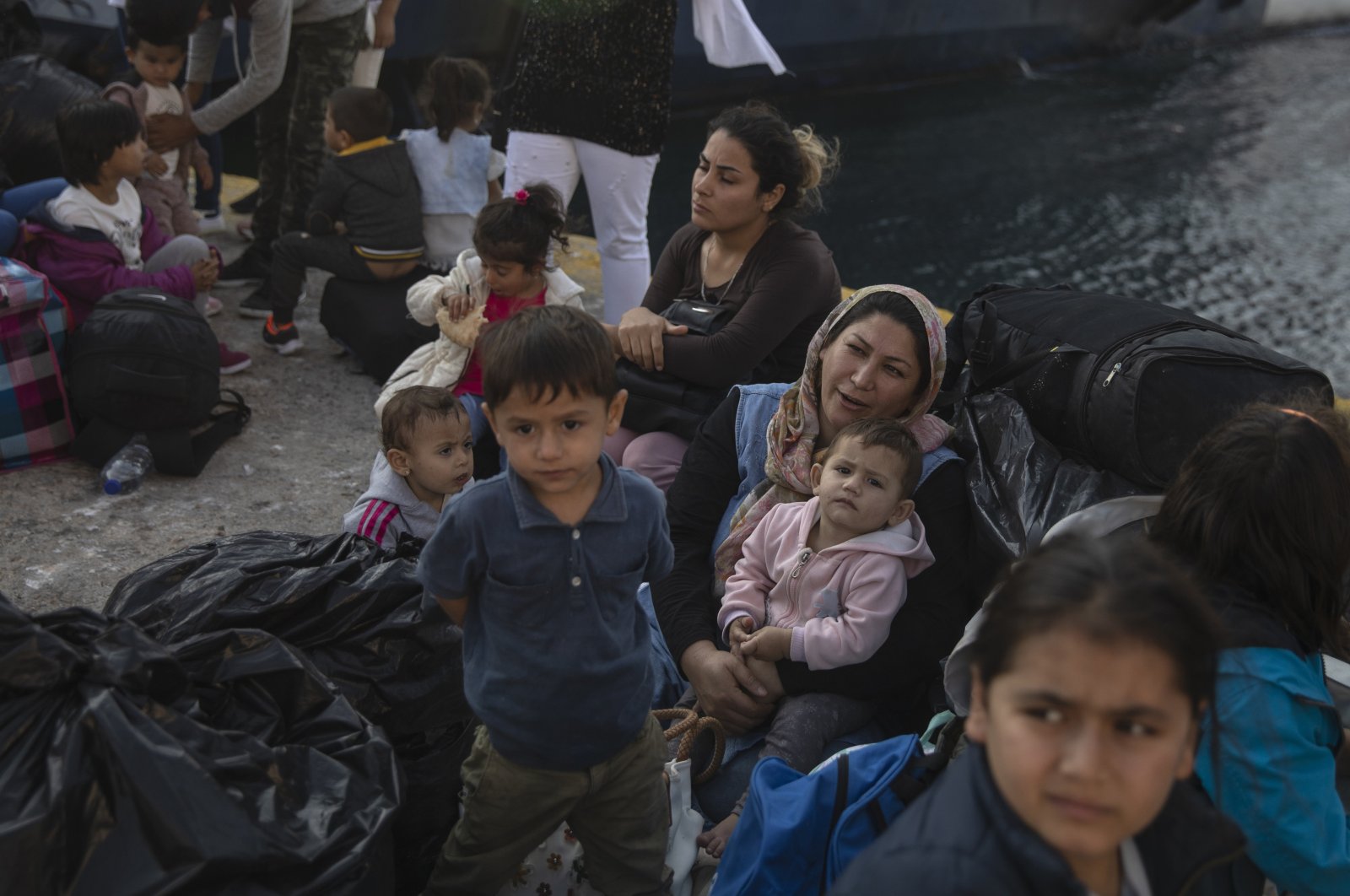 In this Tuesday, Oct. 22, 2019 file photo refugees and migrants wait for buses after their arrival to the port of Elefsina, near Athens, Greece. (AP File Photo)
by DAILY SABAH WITH AGENCIES Jun 11, 2020 10:17 am
Edited By Nurbanu Tanrıkulu Kızıl
RECOMMENDED

Germany is to take in 243 sick minors from refugee camps on the Greek islands, Interior Minister Horst Seehofer said in Berlin on Wednesday.

Their siblings and parents will also be allowed to enter Germany, along with six minors unable to travel on a flight that brought 47 minors to Germany in April.

Seehofer said around a dozen other EU member states would take in other groups from the crowded Greek camps.

Germany plans to take in between 350 and 500 children who are currently in camps on the islands off the Turkish coast.

Those concerned are minors suffering serious illness, needing urgent care or unaccompanied and younger than 14, most of them girls.

Seehofer said there were scarcely any minors under the age of 14 on the Greek islands and that Germany was aiming to give priority to those who are sick.

All the parties in Germany's broad-based coalition supported the move.

"The fact that we are finally acting together with other European countries is an act of solidarity with Greece and humanity towards the refugees," Lars Castellucci, spokesman on migration for the Social Democrats (SPD), said.

He noted that there were 37,000 refugees living in conditions of poor hygiene on the islands in the Eastern Aegean and added that the issue would remain on the agenda.

Greece has reached out to other EU countries to help share the burden, and in recent weeks 12 children were flown to Luxembourg and 47 to Germany.

More than 42,000 people currently live in the overcrowded camps on the Greek islands, including about 5,500 unaccompanied minors. Around 10% of them are under the age of 14, according to the police agency Europol.

The EU said on March 13 that a group of member countries had agreed to take in at least 1,600 children who reached Greece traveling without their parents. But restrictions that EU member nations adopted to slow the spread of the coronavirus complicated efforts in putting the deal into effect.

Turkey now hosts about 3.6 million Syrian refugees and migrants, while Greece has just about 120,000 who are waiting for asylum applications to be processed.