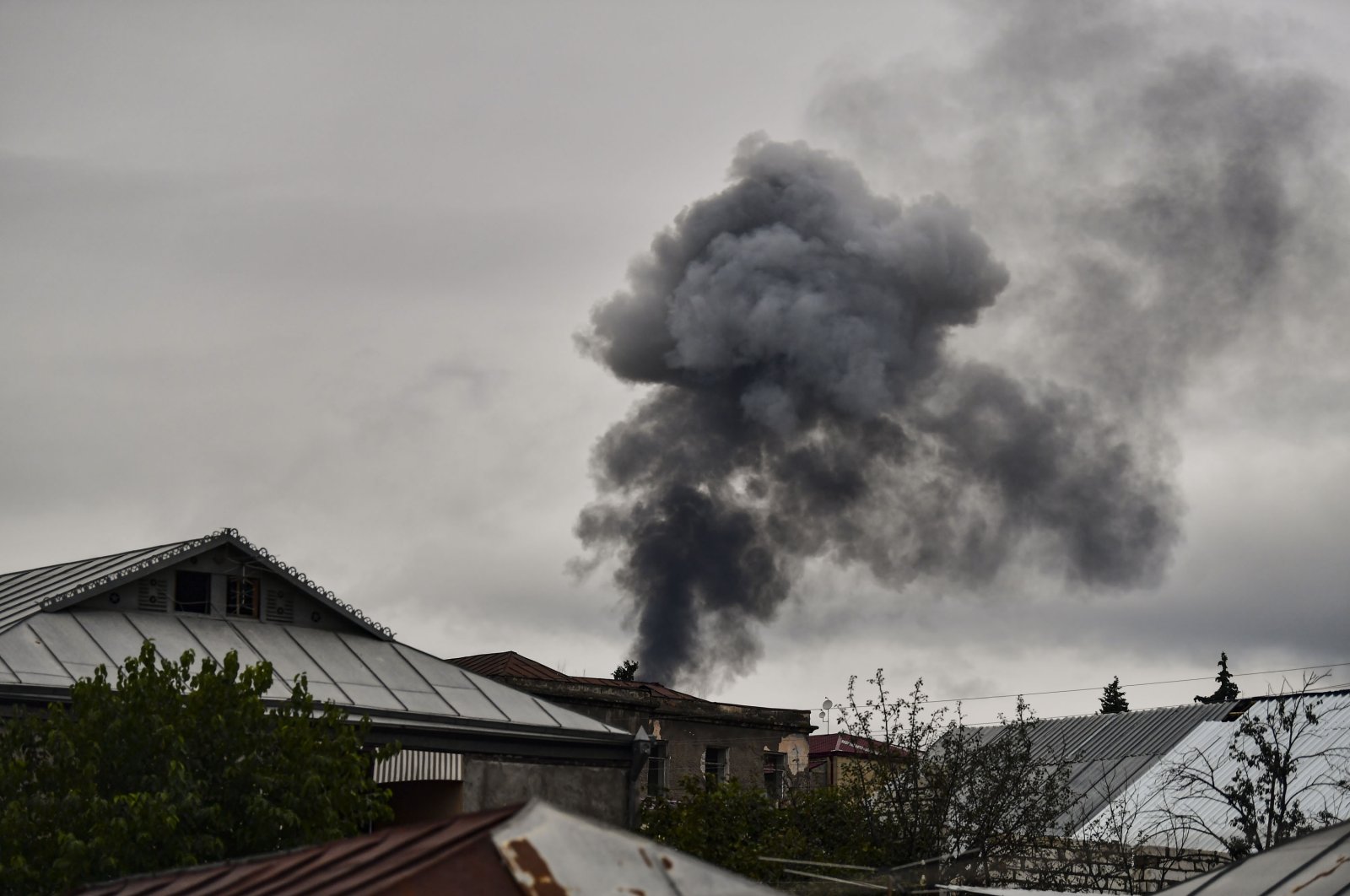 Armenian forces launched a long-range missile attack, a day after the attack on Baku-Tbilisi-Ceyhan (BTC) oil pipeline in the city, where Anadolu Agency (AA) reporters were present to shoot footage of the cluster bomb that did not explode in the first attack.

Speaking to AA, Azerbaijani security officials at the scene said the Azerbaijani side fired a missile to prevent the Armenian attack.

On Tuesday, Armenian forces for the first time launched a missile attack on the BTC oil pipeline amid a regional conflict with Azerbaijan.

The BTC pipeline delivers Azerbaijan's light crude oil, mainly from the Azeri-Chirag-Gunashli field, through Georgia to Turkey's Mediterranean port of Ceyhan for export via tankers.

Azerbaijan had described the attack as a "terrorist act" and highlighted the pipeline's important role in Europe's energy security.

Multiple U.N. resolutions, as well as international organizations, demand the withdrawal of the invading forces.

The Minsk Group, co-chaired by France, Russia and the United States, was set up in 1992 by the Organization for Security and Co-operation in Europe (OSCE) to find a peaceful solution to the conflict but to no avail. A cease-fire, however, was reached in 1994.

Many world powers, including Russia, France, and the U.S., have urged an immediate cease-fire. Turkey, meanwhile, has supported Baku's right to self-defense.