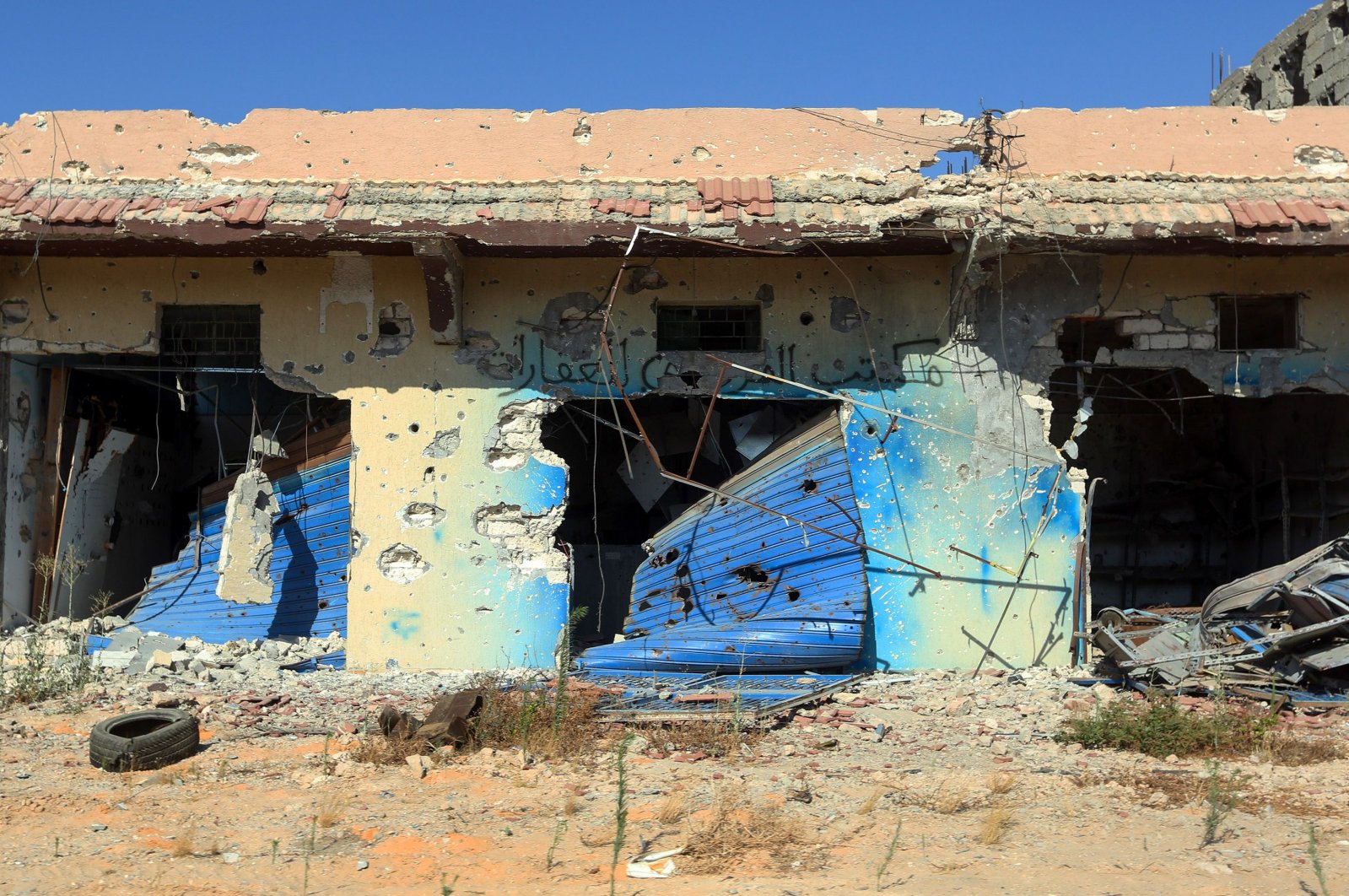 A picture shows a business, damaged during the 14 months of fighting between the UN recognized Government of National Union (GNA) and putschist Gen.Khalifa Haftar, in a southern neighbourhood in the capital Tripoli, July 9, 2020. (AFP)
by Anadolu Agency Jul 14, 2020 1:43 pm

Three children were injured when a landmine planted by putschist Gen. Khalifa Haftar's militias went off south of the capital Tripoli, the Libyan Army said Tuesday.

The explosion occurred in al-Khulla due to a mine planted by "the criminal (Russian) Wagner gang before fleeing with Haftar terrorist militia," the government-led Operation Volcano of Rage said in a statement.

The incident comes in the wake of a United Nations warning of the dangers posed by landmines and explosives planted by Haftar forces south of Tripoli.

The U.N. estimates that 52 people have been killed and 96 injured so far, Stephane Dujarric, a spokesman for the U.N. Secretary-General, said at a news conference on Monday.

On May 22, the Libyan Army announced that Haftar's militias had planted mines before fleeing their positions in southern Tripoli.

Libya has been torn by civil war since the ouster of late dictator Moammar Gadhafi in 2011. Libya's new government was founded in 2015 under a U.N.-led agreement, but efforts for a long-term political settlement failed due to the military offensive by Haftar's forces.