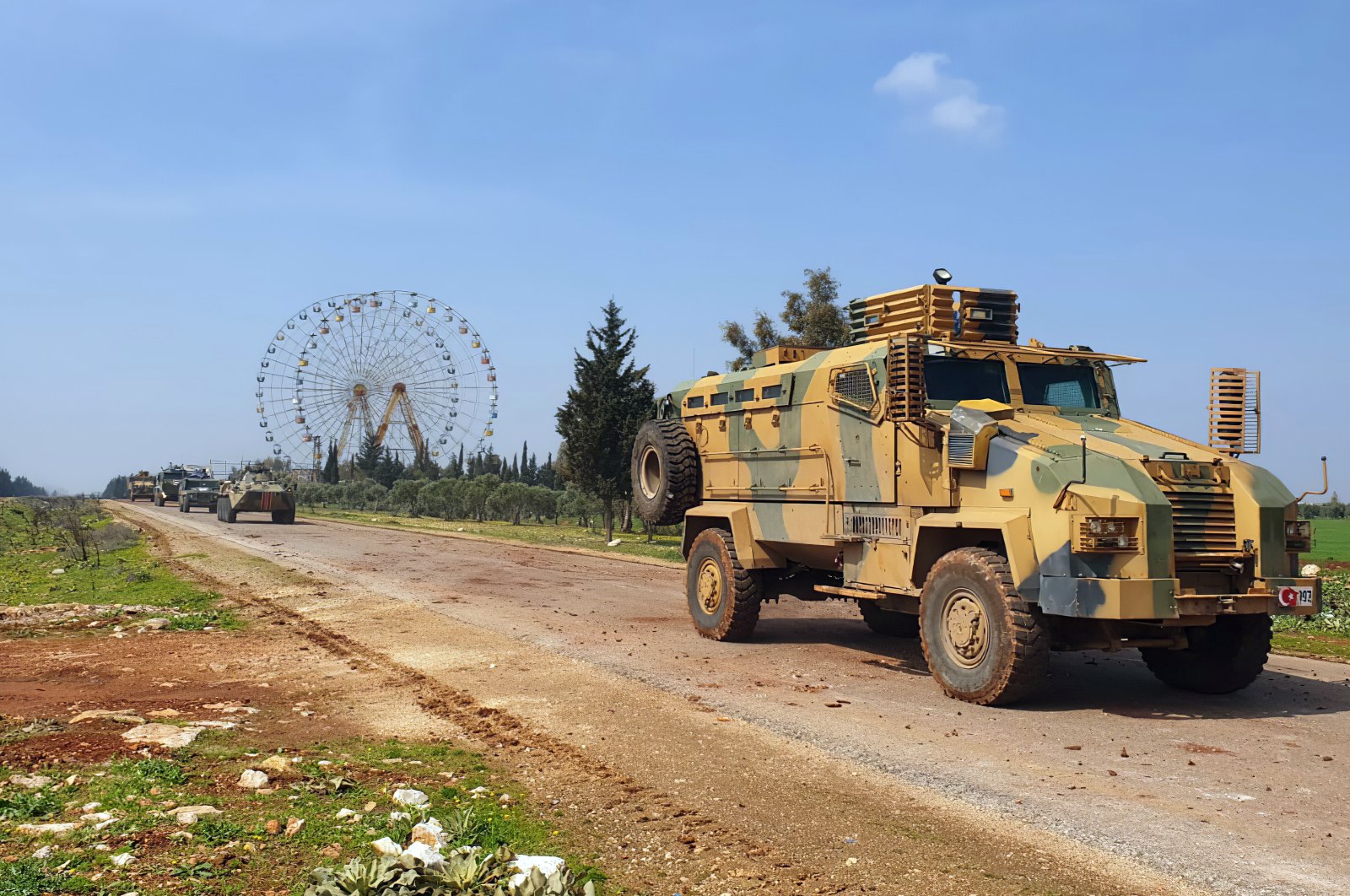 The Turkish and Russian militaries have completed their third round of joint patrols on the M4 highway near northwestern Syria’s Idlib province and observed that the cease-fire in the area seems to be holding, Defense Minister Hulusi Akar said Wednesday.

Akar noted that the patrols were taking place as per the cease-fire deal with Russia signed in Moscow on March 5.

“A general atmosphere of peace holds despite several violations of the cease-fire,” Akar told a live broadcast on TRT Haber, adding that they had ensured a de-escalation of violence in the area.

The defense minister continued by saying that the Turkish and Russian militaries would continue to hold joint patrols to ensure the de-escalation remains in place.

“Our essential hope is for the cease-fire to permanently hold,” Akar said.

As part of the agreement, Turkish and Russian forces are to carry out joint patrols along the M4 highway linking Syria's east and west, as well as to establish a security corridor on either side of the road.

During earlier negotiations, Russia reportedly proposed a map that edged the borders of the Sochi deal borders north of the strategic M4 and M5 highways, thus putting 60% of Idlib under regime control. However, Turkey said it would make no concessions on its observation points. Along with many European officials and the U.N., Ankara is concerned about the civilian displacement in Idlib due to regime operations, which could trigger a new mass exodus to the Turkish border and Western countries.

Turkey launched Operation Spring Shield on Feb. 27 after at least 34 Turkish soldiers were killed in a Bashar Assad regime airstrike in Idlib province and after repeated violations of previous cease-fires.

According to a 2018 deal with Russia, Turkish troops were to remain in Idlib to protect civilians from attacks by the regime and terrorist groups.

The defense minister noted that some 903 terrorists have been neutralized in the operation areas since Jan. 1 and 59 land and 90 air operations have been carried out since the beginning of the year.

He also underlined Turkey’s determination to ensure the protection of its borders, noting that border patrol units have intercepted 11,888 illegal entry attempts.

Meanwhile, Akar also noted that 148,763 migrants had crossed the border from the Greek and Bulgarian borders to reach Europe since Feb. 28.

Regarding the ongoing coronavirus outbreak in Turkey, Akar said the Defense Ministry was working in cooperation with the Interior and Health Ministries to outline the precautions that need to be taken.

“We’ve created (the necessary) units at all levels... The necessary precautions have been taken,” Akar said, noting that they aim to prevent the spread of the virus in operation areas.

“So far we’ve had no problems in our units, including land, naval and air forces,” Akar said.