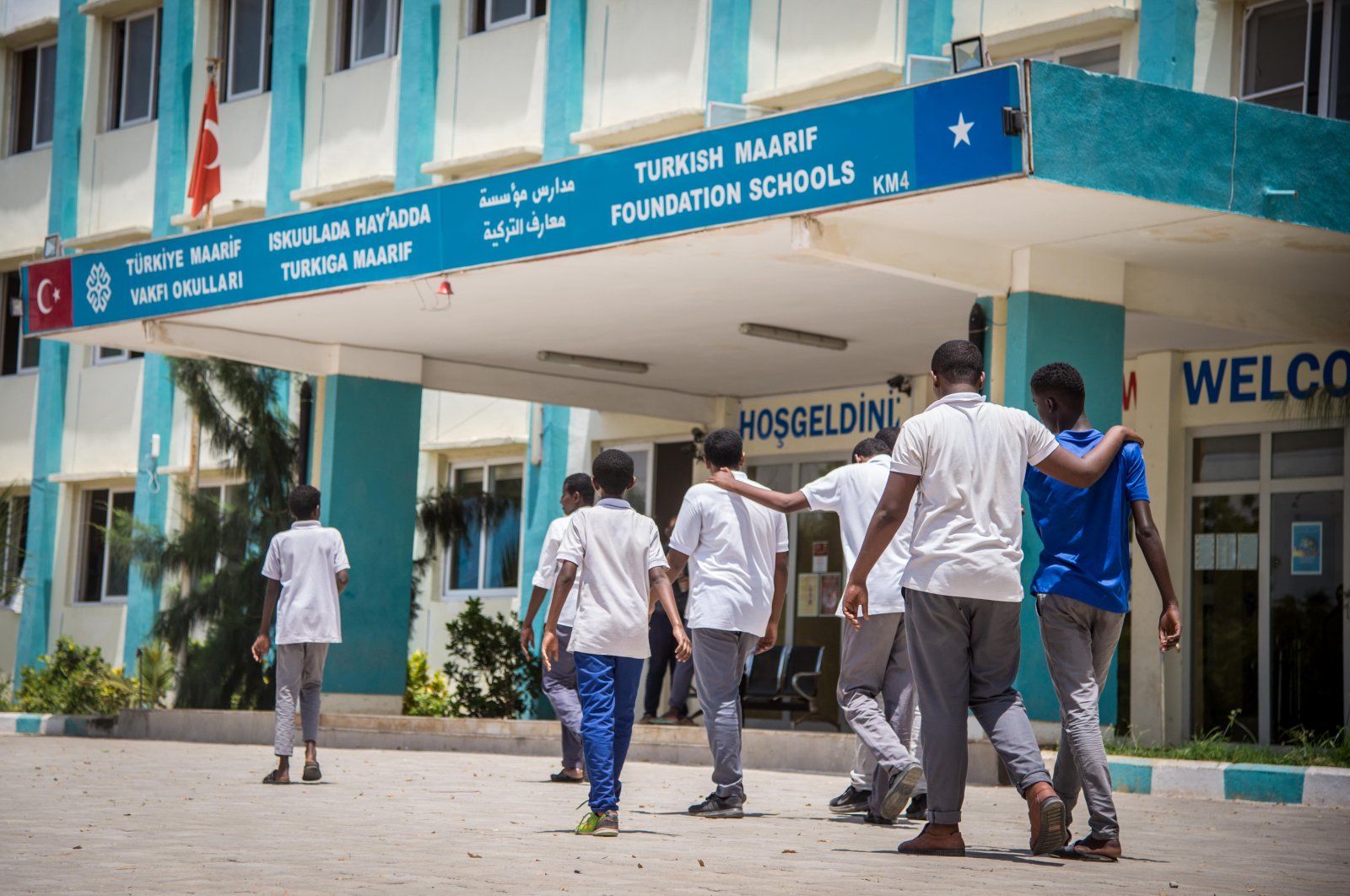 Students take a stroll in front of a school run by Turkey's Maarif Foundation in the Somali capital Mogadishu in this undated file photo. (Sabah File Photo)
by DAILY SABAH WITH AA Jun 18, 2020 11:37 am
Edited By Eralp Yarar
RECOMMENDED

At least four civilians were killed Thursday – including a mother and child – by a roadside bomb in Mogadishu, Somalia's capital, according to a government official.

The blast "killed four people, all of them civilians, including a woman and her child, and three others were also wounded," Abdullahi Abukar, a police official in Mogadishu, told Anadolu Agency (AA).

Cihad Demirli, a member of Maarif's board, told AA that the bomb went off some 150 meters (492 feet) from the school but luckily no school personnel were harmed.

Demirli said that no students or teachers were there as schools are currently closed.

He expressed sympathy with the people of Somalia and said the Maarif Foundation wishes a speedy recovery to the injured.

According to eyewitnesses, the sound of the explosion was heard in the surrounding areas.

The injured were taken to the local Fiqi Hospital.

No one has claimed responsibility for the attack yet and no arrests have been made, but the al-Qaida-affiliated terrorist group al-Shabaab had carried out recent attacks in the country.

The foundation was created in cooperation with the Ministry of National Education with the purpose of providing educational services abroad, now runs schools that used to belong to FETÖ in the past. Since its establishment in 2016, shortly after FETÖ tried to seize power in Turkey, the foundation has made official contact with 90 countries and set up offices in several countries to take over FETÖ-linked schools. It currently runs more than 160 schools in 12 countries, including Niger, Chad, Somalia and Sudan. At least 94 FETÖ-linked schools, with more than 10,000 students, have been transferred to the Maarif Foundation with the help of the governments of the respective countries.