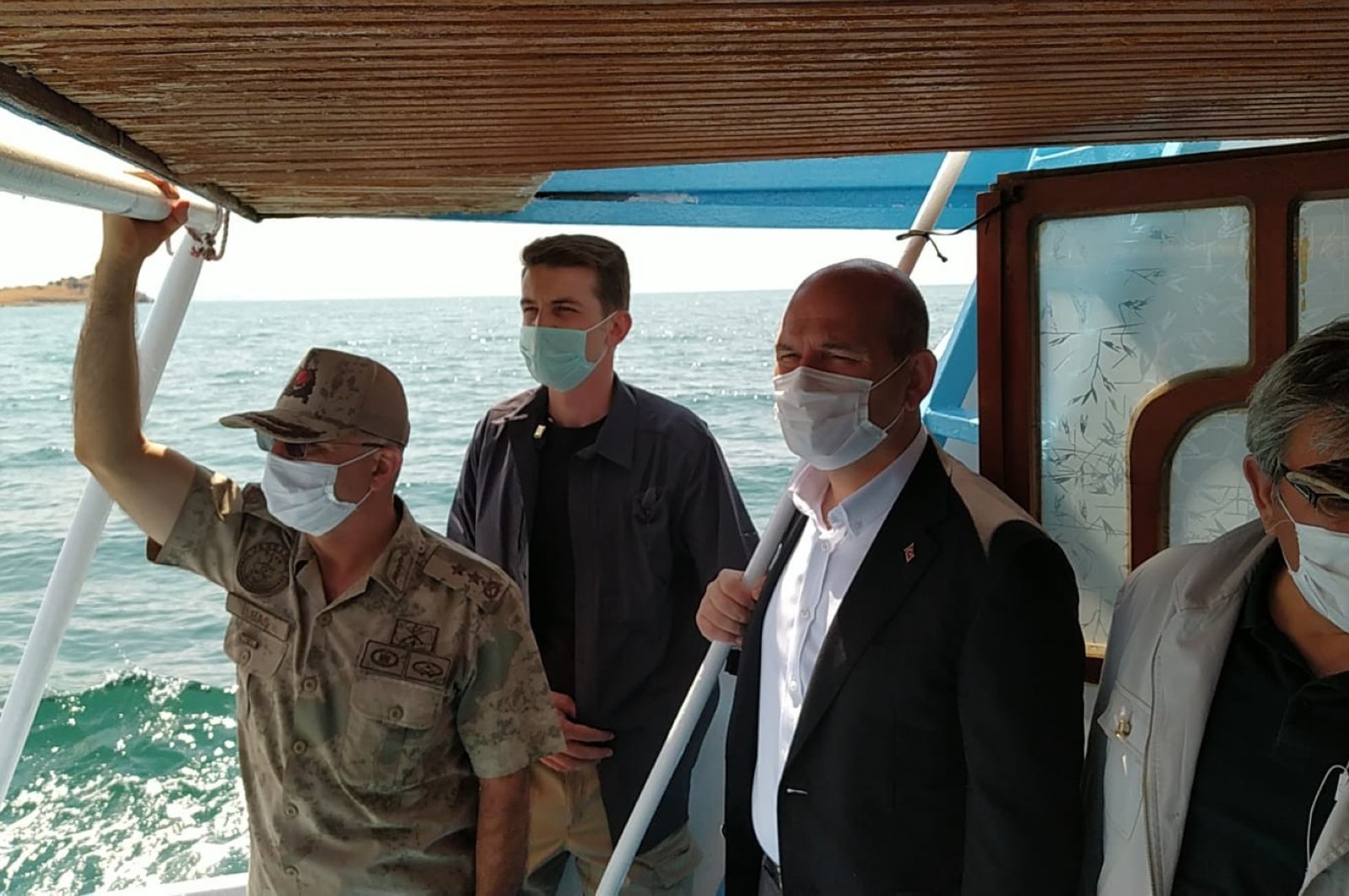 Around 60 migrants were feared to be missing after a boat capsized on Lake Van in southeastern Turkey, the country's Interior Minister Süleyman Soylu said Wednesday.

Six bodies have been recovered from the lake since the incident late Saturday, Soylu told reporters in the city of Van and added that the boat is believed to have been carrying "55 to 60 illegal migrants."

Lake Van is close to the border with Iran and sits on a path which asylum seekers and migrants, particularly those from Afghanistan, have been using as a gateway into Turkey in the hope of reaching Europe.

The identities of the victims were not immediately clear. Soylu said search and rescue efforts were still underway and added that 11 people had so far been detained in relation to the incident.

A search-and-rescue mission, involving helicopters and boats, was launched after a boat carrying migrants across Lake Van was reported missing on June 27, the regional governor’s office said in another statement.

As many as 50 people may have been aboard the boat when it went down in the stormy weather. The migrants are believed to be from Pakistan, Afghanistan and Iran.

Last year, seven migrants drowned while 64 others were rescued when their boat capsized in the lake, which is close to the border with Iran but lies within Turkey’s borders.

The smugglers are believed to be opting to transport migrants across the lake to escape police road checkpoints.

The 4 million refugees in Turkey – over 3.7 million from Syria – make the country home to the world’s largest refugee population.

Turkey has been one of the main routes for migrants and refugees wanting to reach Europe, especially since Syria's civil war started in 2011.