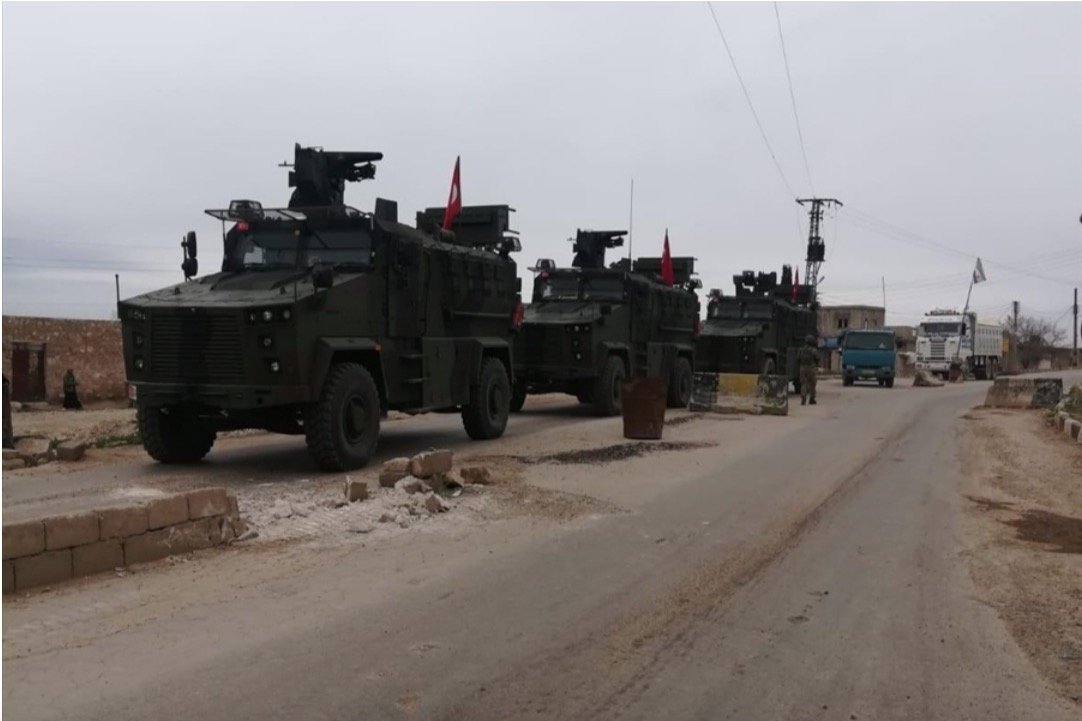 According to a statement released by the ministry, the terrorists were killed in an operation coordinated in cooperation with Turkey's National Intelligence Organization (MIT). The terrorists were reportedly holding a meeting during the operation, the statement added, despite having supposed to retreat from the Tel Rifaat area in line with the latest agreement drawn up between Turkey and Russia.

The area is in close proximity to Turkey which could pose a threat to civilians and the Turkish military trying to eliminate the humanitarian crisis in the area. The YPG continues to remain in the region contrary to the agreement, reached after talks between Russia and Turkey.

In early 2016, YPG/PKK terrorists attempted to capture the regions between the east bank of the Euphrates River and Afrin to the west, in order to link the areas it had already captured.

To this end, the terror group, moving from Afrin to the southeast and from Manbij to the west, tried to take control of Tel Rifaat and al-Bab. By doing so, the YPG/PKK sought to gain dominance along the Syrian-Turkish border.

However, Turkey's Operation Euphrates Shield made it impossible for the terrorists to achieve their aims. The operation began in August 2016 and ended in late March 2017 with the objective to improve security, support coalition forces and eliminate the terror threat along Turkey's borders.

Between January and March 2018, the Turkish military also cleared the YPG/PKK from Afrin. During its invasion of Tel Rifaat, the YPG/PKK forced out around 250,000 people from among the Arab population. Residents of the city sought refuge in Azaz, which is adjacent to the Euphrates Shield area and is under opposition control.

The terrorists started to accommodate Kurdish families in Tel Rifaat who they brought from Afrin. Currently, around 15,000 to 20,000 Kurds and Arabs live in the district, only 700 to 800 of whom are Arab residents of Tel Rifaat.