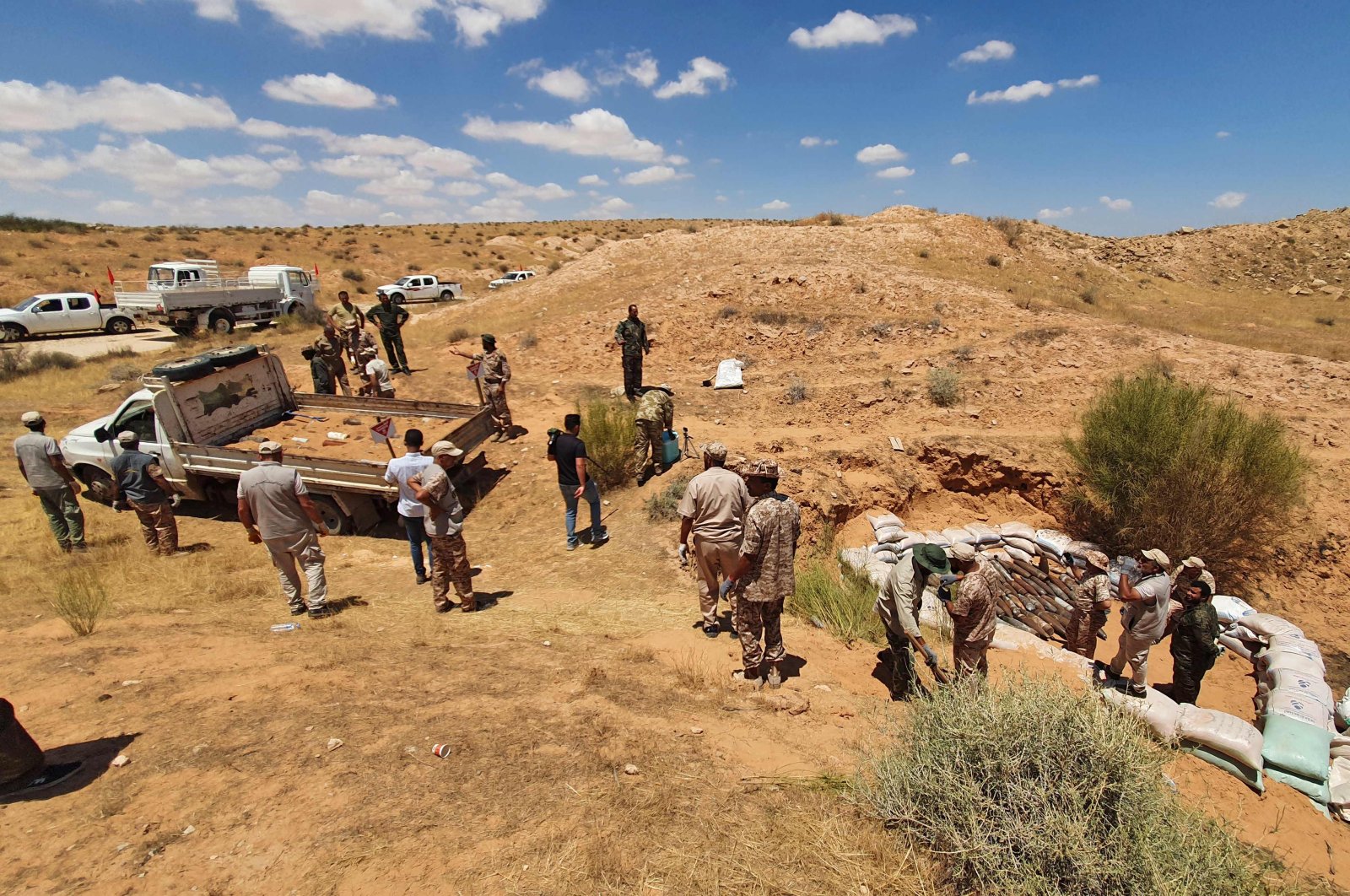 Military engineers of the U.N.-recognised Libyan Government of National Accord (GNA) demine an area south of the capital Tripoli, July 22, 2020. (AFP Photo)
by DAILY SABAH WITH AA Jul 23, 2020 12:13 pm
RECOMMENDED

Libya's internationally recognized Government of National Accord (GNA) said the bodies were found during an ongoing excavation works to expose the extent of war crimes committed by Haftar forces in the region. The bodies were sent to forensics for autopsy, GNA officials said.

The Libyan Army liberated Tarhuna on June 5. Prior to that, it was being used as an operation and supply center by the Haftar militias.

Reports at the beginning of July suggested that a total of 208 bodies were discovered between June 5 and June 28.

Hundreds of corpses were found in the city hospital, in a container belonging to the hospital and water well near the city.

The most tragic part in Tarhuna came to light when the mass graves were excavated, as part of investigations opened by the Libyan government.

The Libyan government has repeatedly called on the United Nations, the International Criminal Court (ICC) and other human rights groups to demand an international investigation into the mass graves.

On July 7, the Libyan Foreign Ministry announced that the ICC agreed to dispatch an investigation team to the country to look into the crimes Haftar militias have been accused of in southern Tripoli and Tarhuna, in the west of the country.

A probe, into the crimes allegedly committed during a 14-month siege on the capital, is expected to begin later this month. The charges against Haftar's militias include crimes against humanity, including massacres, kidnapping, torture and the disposal of bodies. War crimes such as the bombardment of civilian areas, as well as targeting of hospitals and medical personnel, are also among the accusations.

As the militias retreated from south of the capital Tripoli and from the city of Tarhuna, they also left behind mines, boobytraps and improvised explosive devices (IEDs) that prevented civilians from returning to their homes.

On June 16, the Libyan Center for Mine Clearance and War Remnants said landmines planted by the militias had killed 39 civilians and injured at least 100 others, including women and children.

Since April 2019, Haftar's illegitimate forces have launched attacks on the capital Tripoli and other parts of northwestern Libya, resulting in thousands of deaths.

However, the Libyan government has recently achieved significant victories, pushing Haftar forces out of Tripoli and Tarhuna.