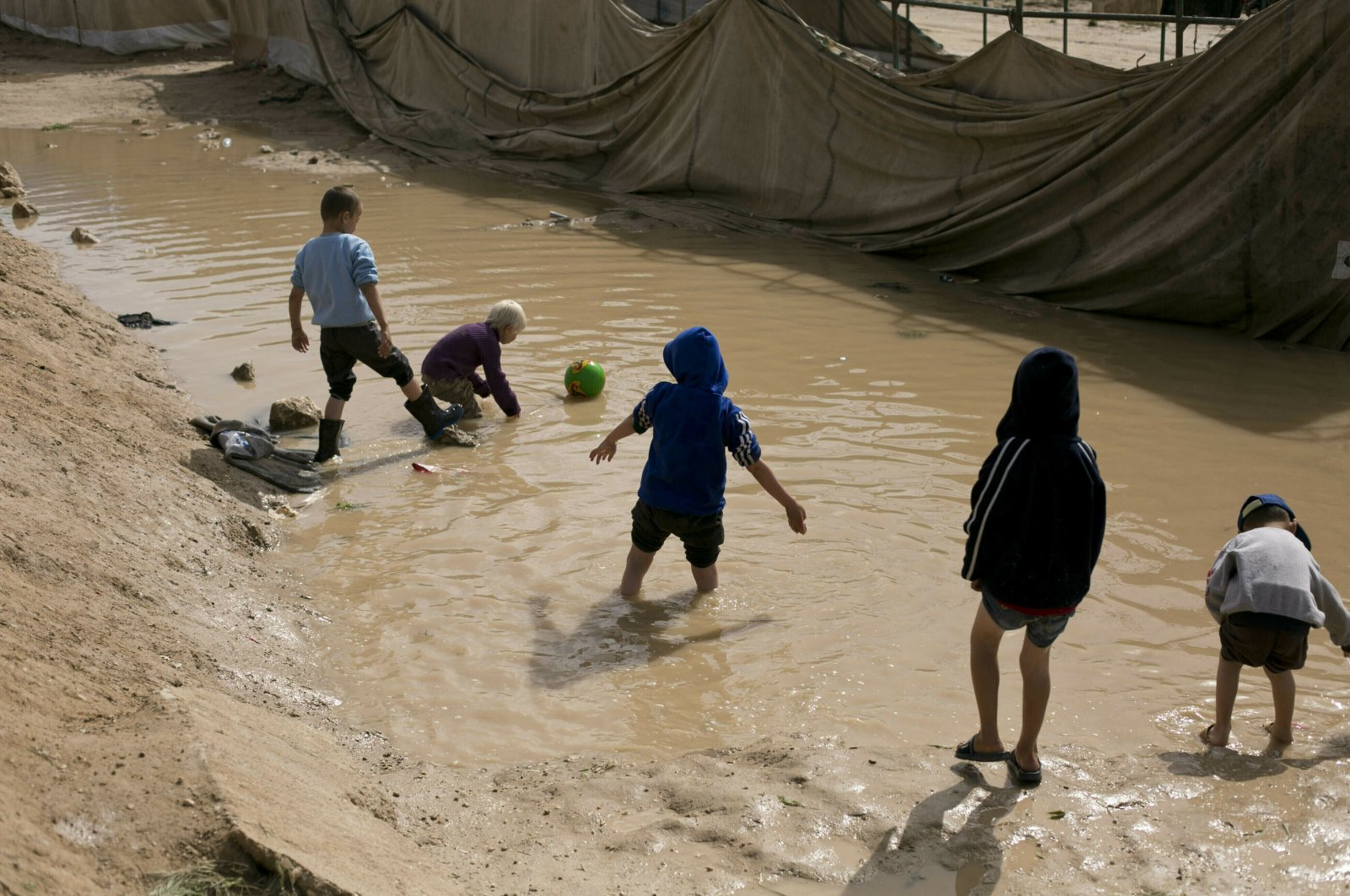 In this March 31, 2019 file photo, children play in a mud puddle in the section for foreign families at Al-Hol camp in Hasakeh province, Syria. (AP File Photo)
by Daily Sabah with AP Aug 13, 2020 4:28 pm
Edited By Nurbanu Tanrıkulu Kızıl
RECOMMENDED

At least eight children under the age of five have died in recent days from health problems linked to the dire conditions in a terrorist YPG/PKK-controlled camp in northern Syria housing tens of thousands of female supporters of the Daesh terrorist group and their children, the U.N. said Thursday.

The U.N. children's agency says the eight died between Aug. 6-10 from malnutrition or dehydration from diarrhea. The camp has yet to report any outbreak of the new coronavirus, which has sickened people in other parts of war-torn Syria.

“Any child’s death is tragic. It is even more so when the death could have been averted," UNICEF said in a statement.

It said nearly 40,000 children from 60 countries languish at the al-Hol camp, operated by the YPG/PKK terrorists.

The detainees “lack access to basic services and have to contend with the sweltering summer heat and the trauma of violence and displacement,” UNICEF said.

Restrictions and quarantine measures imposed to prevent a coronavirus outbreak have hindered aid operations. Infections among camp workers have led to a “pause” in some health and education services, UNICEF said.

The camp is a holding place for civilians who escaped the conflict between Daesh terrorist group in Deir el-Zour, along with the families of former Daesh members who surrendered and captured terrorists. Most of the civilians were forcefully brought to the camp by the YPG in April 2017, according to the reports.

Several human rights organizations along with the United Nations have repeatedly warned that conditions in the al-Hol camp are worsening each day and have demanded access to the centers where the families of former Daesh members are being held.

The Daesh terrorists no longer control any territory, but continue to carry out sporadic attacks in both countries.