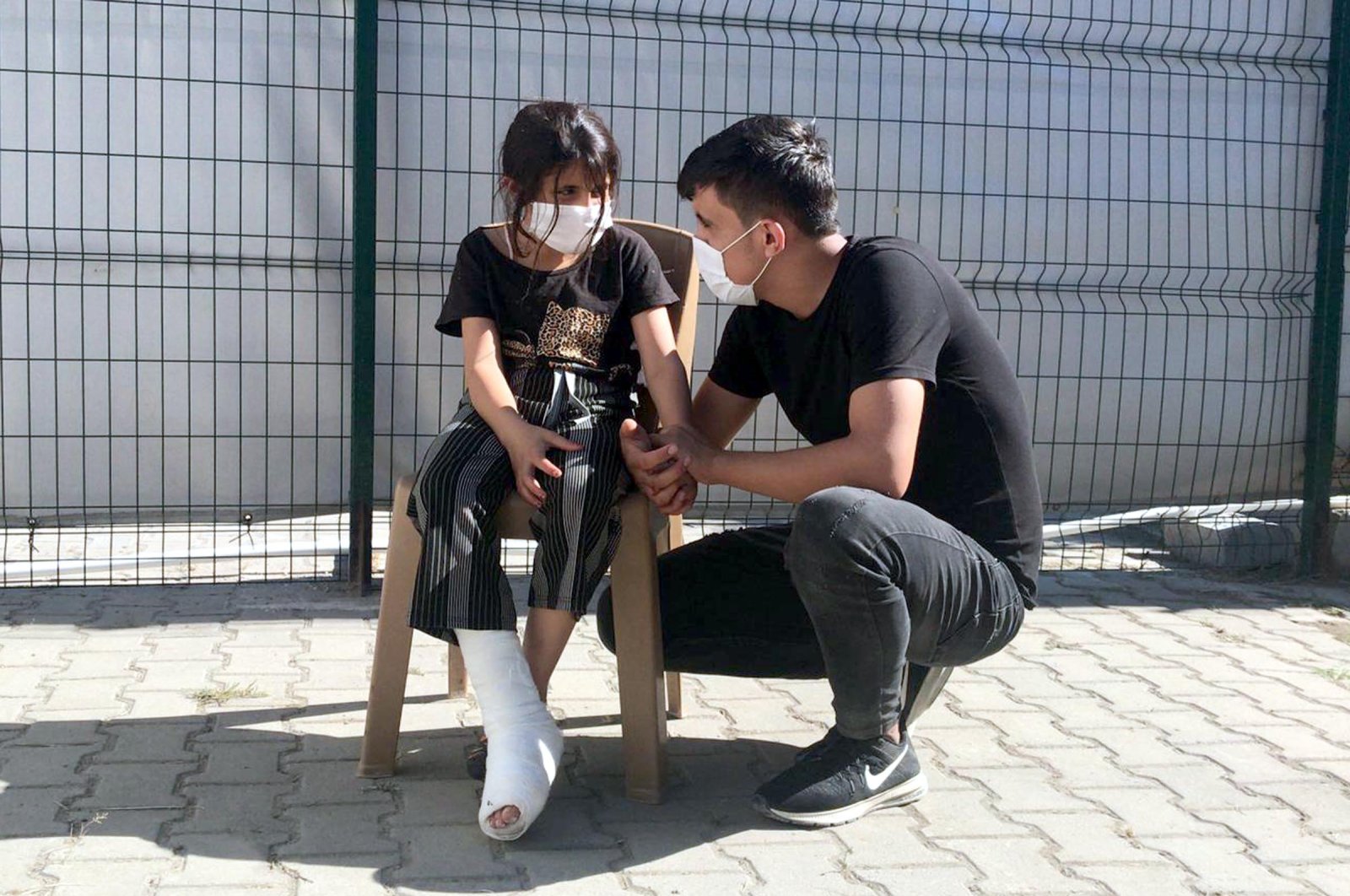 Gazin Abdu, an 8-year-old Syrian girl, was injured by two rubber bullets allegedly fired by a Greek soldier near the Turkish border on Sunday.

"A Greek soldier opened fire on us. My sister was hit on her foot by two rubber bullets, and then they shouted insults at us," her brother Hazar Abdu reported, adding that upon their return, Turkish soldiers took her to the hospital.

Turkish security forces were informed that nine Syrian migrants, one injured, could be found in the Meriç district of the northwestern Edirne province, bordering Greece.

The 19-year-old Hazar told Anadolu Agency (AA) that they had arrived at the Greek border hoping to cross into Europe.

After routine checks, the asylum-seekers were taken to Turkey's provincial migration authority.

Greece is known for its continuously hostile treatment of refugees, and many human rights groups, newspapers and wire services have proved misbehavior by Greek forces.

The country has also drawn fire for its policy of migrant pushback.

Just on Saturday, 19 migrants pushed back by Greek forces have been rescued by Turkish Coast Guard.

Rights groups, including the U.N. refugee agency, have repeatedly called on Greece to investigate pushback claims.

"Such allegations have increased since March, and reports indicate that several groups of people may have been summarily returned after reaching Greek territory," the U.N. High Commissioner for Refugees (UNHCR) previously said.

Following a devastating fire, more than 12,000 former occupants of the notoriously overcrowded Moria refugee camp on the Greek island of Lesbos are now trying to survive in fields and along roadsides without food or water. They are also being threatened by a possible spread of coronavirus infections as the need for a solution has become increasingly urgent.

Authorities said the fires were started deliberately on Tuesday and Wednesday night by residents protesting their confinement at the cramped settlement. The camp, which housed 12,500 people, was locked down due to a COVID-19 outbreak earlier his month.

“Some people do not respect the country that is hosting them, and they strive to prove they are not looking for a passport to a better life,” Greek government spokesperson Stelios Petsas said.

After protests broke out following the government's decision to keep migrants in the devastated camp, Greek security forces tear-gassed refugees.

Police briefly fired rounds of teargas when some of the demonstrators attempted to march down a road leading to the island’s main port of Mytilene, which authorities had blocked while work on the new tent settlement continued nearby.

Under a hot sun on Saturday, hundreds of migrants, many chanting “Freedom” and “No Camp,” gathered as bulldozers cleared ground in preparation for tents to be put up.

Some held handwritten signs carrying messages including “We don’t want to go to a hell like Moria again” and “Can you hear us Mrs. Merkel?” in an appeal to the German chancellor.

Security forces have even hindered the publication of news story regarding the refugee's situation in Moria after the massive fire. Liana Spyropoulou, a Greek journalist announced on her Twitter account that reporters trying to report from the island are effectively barred from doing their job by police.

The government also issued a statement later that they will not allow the migrants to travel to mainland Greece, even though their camp had been gutted by the massive fire.

The fire at the camp, which was holding four times the number of people it was supposed to, has returned the spotlight to the migration crisis facing the European Union, which has struggled to find a response that goes beyond temporary fixes.

Greek authorities have refused any mass transfer of refugees off the island, located a few miles from the Turkish coast, despite growing hostility from local residents that are angry after years at the front line of the crisis.

Ankara earlier this year opened its gates to migrants and refugees seeking to cross into Europe, accusing the EU of failing to keep its promises under a 2016 migrant deal.