871 attacks reported against Muslims in Germany in 2019 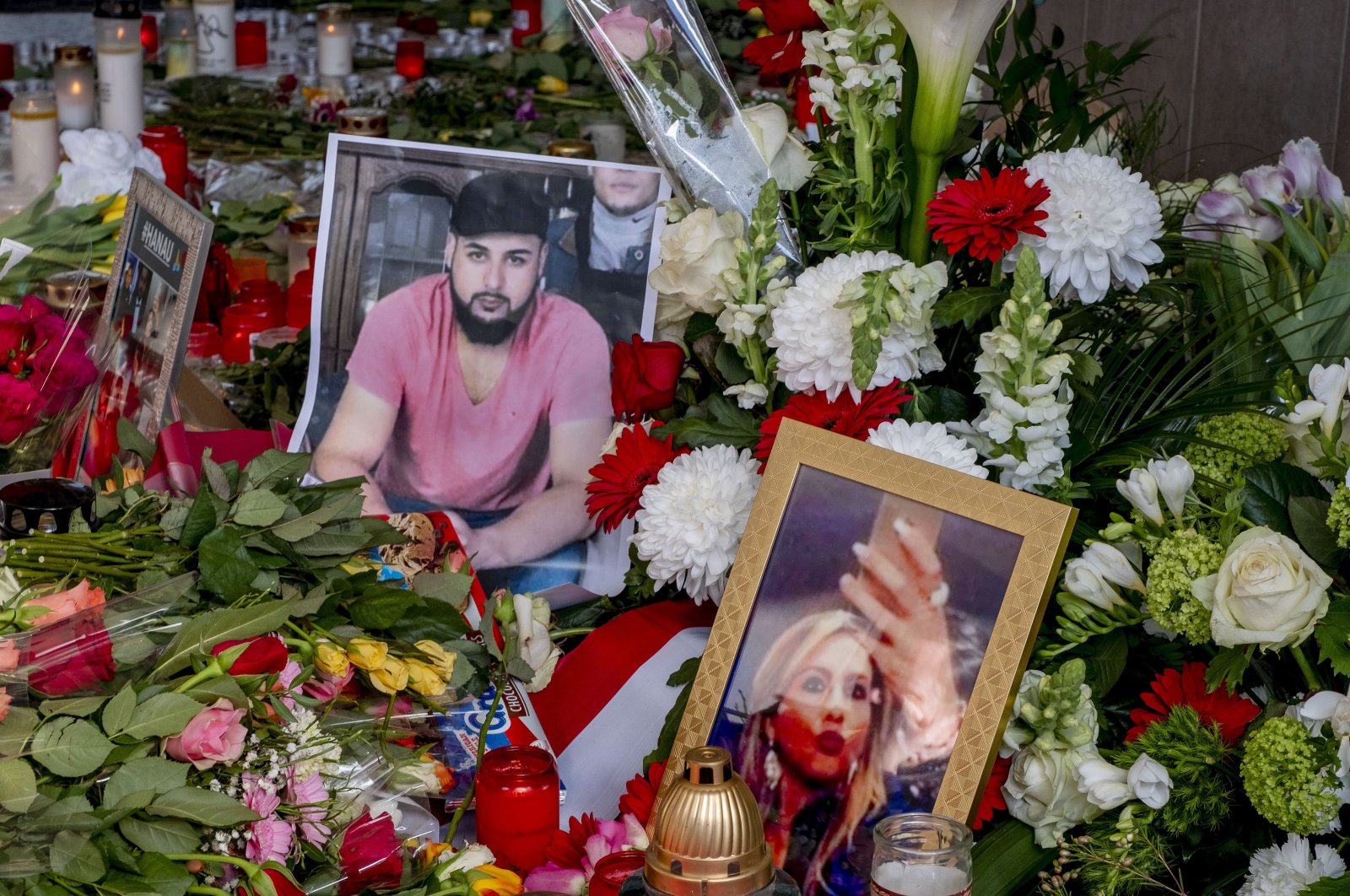 Flowers and pictures of victims are laid near a kiosk in Hanau three days after several people were killed in s shooting there, Feb. 22, 2020, (AP)
by DAILY SABAH Mar 29, 2020 1:23 pm
RECOMMENDED

Some 871 attacks targeted the Muslim community in Germany last year, according to a report by a German daily Sunday.

Two Muslims were killed, while 33 others were injured in these attacks, Neue Osnabrücker Zeitung daily reported, citing the government's response to a question submitted by the Left Party (Die Linke).

According to Left Party's spokesperson Ulla Jelpke, the number may be higher by up to 90 more cases when the final number has been released, based on her "experience."

"The hatred of Muslims continues to be displayed in violent attacks, threats and insults," Jelpke told the daily, adding that it is still too early to have a clear picture on the total number of cases.

"Unfortunately, we have to expect that there are more similar ticking time bombs," she underlined.

Germany has been recording Islamophobic crimes separately since 2017. The total number of cases in 2019 has not been officially announced. In 2018 there were 910, including 48 attacks on mosques alone, a little lower than 2017 with 1,095 crimes. More than 90% of these were attributed to politically motivated crimes by the far-right. Considering that the overall number of crimes has decreased, the assaults have increased, Die Tageszeitung stressed. In 2017 authorities reported 56 Islamophobic assaults with a total of 38 injuries. In 2018, there were 74 offenses with a total of 52 injuries – including two attempted murders.

The figure was collated by the German Interior Ministry under the scope of the new "Attack Catalogue," listing anti-Muslim attacks on cultural associations, cemeteries, mosques, religious institutions, representatives, symbols and other places of worship since January 2019. The catalog only contains a portion of all the crimes against Islam but has a broader scope than only listing the attacks on mosques.

The latest violent anti-Muslim attacks took place in the town Hanau on Feb. 19. Tobias Rathjen, a terrorist harboring racist views, gunned down nine people of immigrant backgrounds, including five Turkish nationals, before killing himself. The Hanau attack ignited the debate over the seriousness of far-right terror threats often ignored by authorities. It was one of the worst acts of terrorism with racist motives in recent memory.

In a speech following the attack, German Interior Minister Horst Seehofer acknowledged the act as a "terrorist attack." He noted that it was the "third right-wing terrorist attack in just a few months." "Danger from right-wing extremism, anti-Semitism, and racism is very high in Germany," Seehofer said. He also dismissed references to the assailant's psychological state as being responsible for the killings. "The racist motivation for this crime is in my view incontestable and cannot be relativized by anything."

Germany is home to 81 million people and is home to the second-largest Muslim population in Western Europe after France.
Of the country’s nearly 4.7 million Muslims, at least 3 million are of Turkish origin.

Racist attacks targeting Muslims or immigrants increasingly make the headlines as white supremacists become more efficient in an age where their ideals, or at least parts of them, are going mainstream. Not a single, large terrorist group harboring a racist agenda against Muslims and immigrants exist, but copycat attacks apparently inspire more to take up arms.

The tolerant political climate under the pretext of freedom of speech helped far-right sympathizers with violent tendencies expand their support.

Facing growing far-right extremism, Germany has been shaken by more than 100 bomb and death threats sent to lawyers, politicians and institutions last year, apparently, by German neo-Nazi groups, local media reported, revealing the threat of a growing neo-Nazi presence in the country.

The extremist group is known as "Reichsbürger" is considered a terrorist organization in Germany where its members procure arms and ammunition. Reichsbürger members do not recognize the modern German state as legitimate, citing technicalities about the fall of the Nazi Third Reich in May 1945. The Reichsbürgers have no leadership or "cells," but are loosely associated with each other only by their common ideas that aren't even concrete.

In October, Chancellor Angela Merkel's government outlawed the sale of guns to members of extremist groups monitored by security agencies and obliged online platforms to inform police about hate content. Those measures followed the killing of a pro-immigration German politician in June and an attack four months later on a synagogue and a kebab shop in Halle by an anti-Semitic gunman, who livestreamed his actions.

Figures show a 320% rise in racist terrorism in the West in the past five years. Under the pretext of "Islamization" of the countries they live in, racist terrorists went from attacks on mosques to mass killings. Anders Behring Breivik of Norway who slaughtered 77 people in July 2011 is viewed as an inspiration for more attacks to follow. Four years later, Anton Lundin Pettersson, harboring similar views with Breivik, killed four students with immigrant backgrounds in Sweden. In 2016, 10 people were killed in Germany's Munich in another racist act of terrorism.