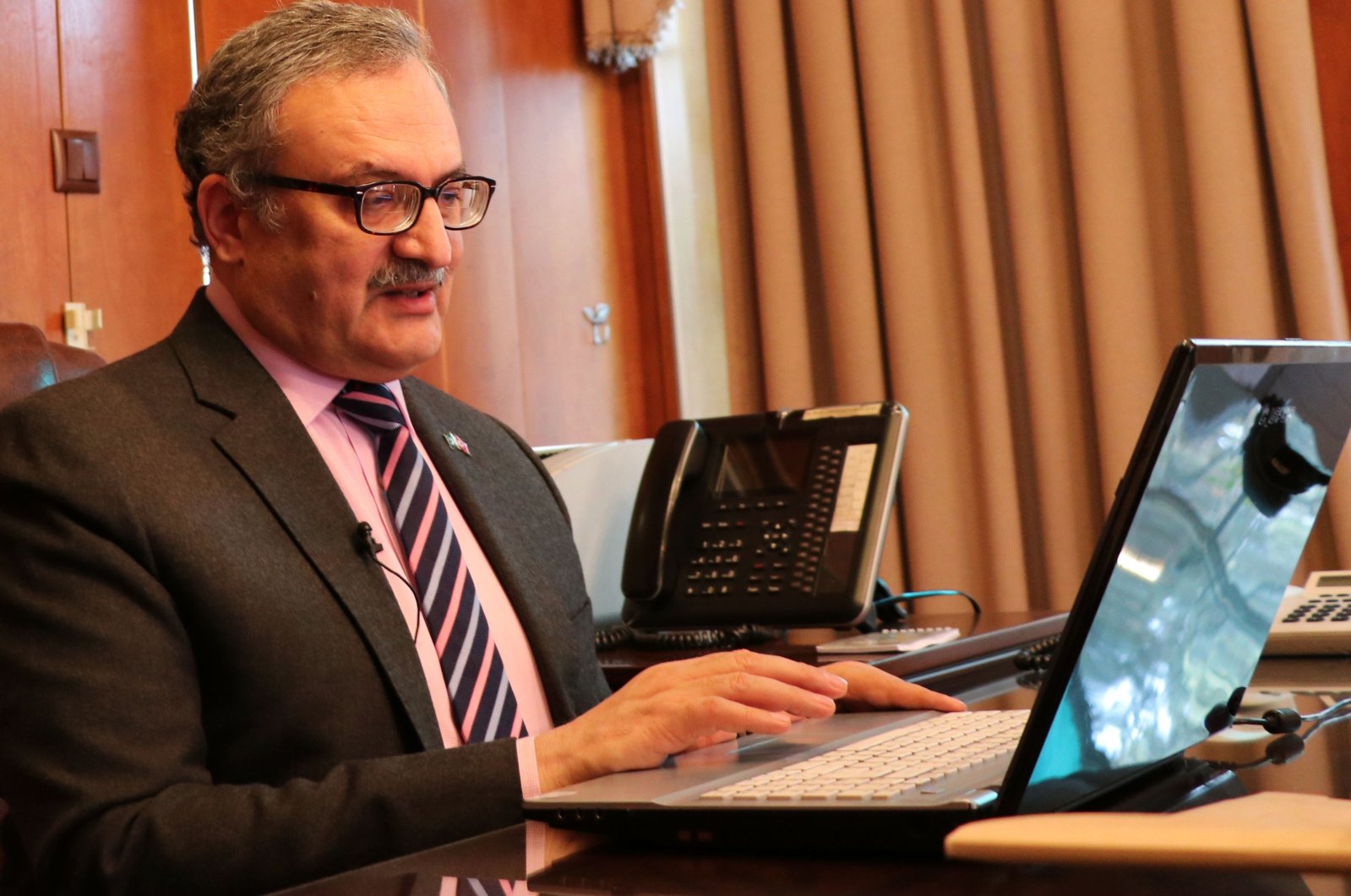 The Afghan crisis warrants a quick and coordinated response from the international community, Muhammad Syrus Sajjad Qazi, Pakistan's ambassador to Turkey, said on Tuesday. He added that the terrible situation in Afghanistan is probably the largest humanitarian crisis currently unfolding in the world.

"According to United Nations estimates, about 60%, or perhaps more, of Afghanistan’s people, particularly children, are at serious risk of starvation, malnourishment, and lack access to health care and medicines,” Qazi said in an interview with Anadolu Agency (AA).

The looming winter season is expected to be particularly tough for Afghans, he warned.

"There are multiple factors impacting the lives of the ordinary Afghans, and this situation requires a concerted, quick, very expeditious and coordinated response from the world community,” he said.

Qazi said the Afghanistan crisis will be the primary focus during a meeting of the Council of Foreign Ministers of the Organization of Islamic Cooperation (OIC) in Pakistan’s capital Islamabad later this week.

The OIC aims to deliver "a very strong message” urging the international community to work on an individual level and cooperate "to help contain the worst aspects of this crisis and to reverse it,” the envoy said.

"Significant pledges” are expected from several countries to boost efforts to mitigate the crisis, he added.

"Pakistan is not a very rich country. But given that we are the immediate neighbors of Afghanistan, we have done our utmost to help our Afghan brothers,” Qazi said.

"For instance, in October, we sent about 550 metric tons of food. Our prime minister has recently announced packages of medicines, food and other items, worth more than $28 million.”

Islamabad also allowed India to use its land routes to send aid to Afghanistan, while also reducing tariffs on a number of Afghan products exported to Pakistan, the envoy added.

"All of this is just to show other countries what they can also do for Afghanistan,” he said.

However, he stressed that aid packages can only offer Afghans fleeting moments of relief, and the country’s grave situation requires comprehensive efforts by the international community for a sustainable and long-term solution.

‘Sky’ is the limit for Turkey-Pakistan relations

On relations between Turkey and Pakistan, Qazi said the nations have "perhaps the world’s best bilateral relationship between two countries that are not geographical neighbors.”

Prime Minister Imran Khan was due in Turkey this October for a meeting of the Turkey-Pakistan High-Level Strategic Cooperation Council, but the trip had to be postponed due to the COVID-19 pandemic, the envoy explained.

Islamabad is working to reschedule the visit "fairly soon,” he added.

The two sides have a "very comprehensive” agenda for the meeting, which will build on the Strategic Economic Framework Agreement signed during President Recep Tayyip Erdogan’s visit to Islamabad in 2020.

"Advancing on a plan of over 70 specific actions in a time-bound manner, Pakistan and Turkey are expected to include a mechanism for bilateral engagement in the defense sector, as well as various other fields,” Qazi said.

He said the defense sector has emerged as another very important pillar in Turkey-Pakistan relations.

"The sky is the limit. There is no end to the kind of cooperation that can happen between real brotherly countries like Pakistan and Turkey,” he asserted.

He added that Ankara and Islamabad have almost completed a study on their bilateral trade ties, which will give new impetus to efforts to further bolster their economic relations.

The trade volume between Turkey and Pakistan is currently close to $1 billion (TL 14.2 billion), indicating incremental progress but "not the kind that the two countries or the two leaders would wish,” the diplomat said.

Qazi also pointed out that Pakistan and Turkey "have a very strong tradition of helping each other on various forums on various issues,” citing Turkey’s stance on the Kashmir issue as an example.

"Similarly, Pakistan supports Turkey’s position on almost all international issues, including the issue of Northern Cyprus. We call for a just and equitable solution to that problem,” he said.