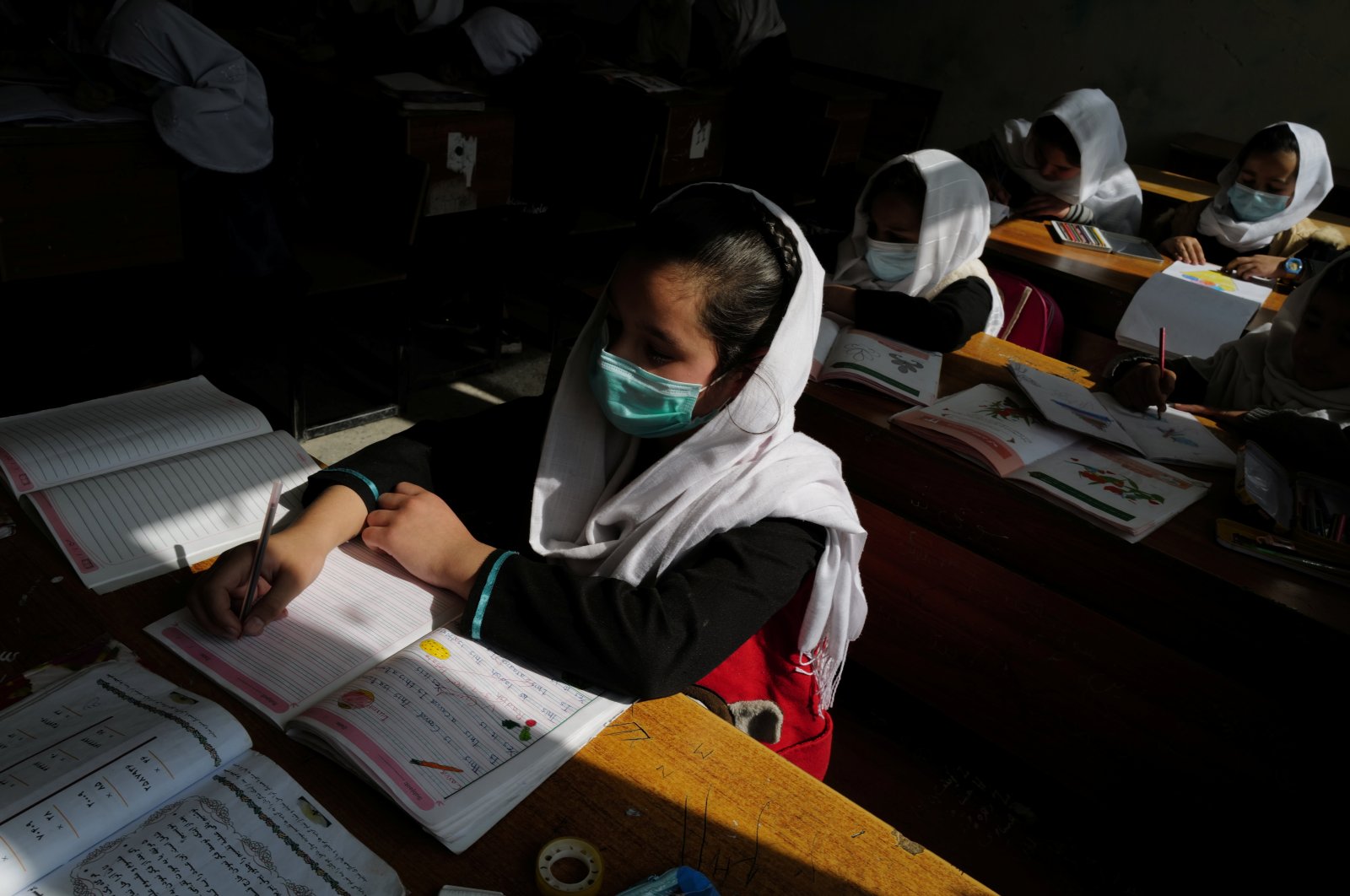 As Afghanistan faces uncertainty, girls in the country have started receiving education at schools run by Turkey's Maarif Foundation.

Head of the foundation Birol Akgün told Anadolu Agency (AA) on Tuesday that there are no problems in the primary school education of girls in Afghanistan, adding that in most of their secondary and high schools, male students have returned to class.

"Restrictions continue in sections of secondary and high schools for girls in Kabul and Kandahar. We believe with time we will overcome this issue. Discussion on the same continues through our embassy," he said.

Akgün said they took over the schools in Afghanistan after an interstate agreement between Turkey and Afghanistan was signed three years ago. The foundation continues to run these schools by increasing their capacity and quality.

He stated that the number of school admissions had gone up since then, and they have opened new schools to keep up with demands in other cities.

"The Turkish Maarif Foundation has around 6,500 students and schools in 19 campuses at different levels ... in various cities, such as Kabul, Herat, Jalalabad, Mazar-i Sharif, Kandahar, Maidan Wardak, Aqcha and Sheberghan. Of these, 14 schools are only for girl students," he said, adding that 40% of the 6,500 students are girls.

Acknowledging that the recent political developments have caused unrest in the country following the Taliban's swift take over of power this August, Akgün said with the support of Turkey's Embassy in Kabul and related institutions, and schools continue to operate "without any great loss."

"As a result of negotiations, the new Afghan administration is showing a more flexible approach to continuing education for female students," he said, referring to the interim Taliban administration. "Only some of our girls' schools are waiting for permission from education officials."

He said girl students in four schools in the capital and Kandahar have not resumed education yet as restrictions continue.

Besides those cases, he informed that all other Maarif schools remain open.

The foundation's main focus is to improve the quality of education at Maarif schools and the public trust in the schools.

"The Turkish Maarif Foundation continues to improve the quality of education for the Afghan people. This is our common cultural and humanitarian duty. The continuation of educational activities in Afghanistan while the world has abandoned (the country) is a source of hope for everyone and is very important in this respect."

Akgün asserted that education is among the "priority issues" in the country in this new era, and efforts are being made in this direction to solve any problems that come up.

"Schools are open throughout the country, but embargoes and economic difficulties have disrupted education in some regions. We know that the U.N. and Turkey will keep raising this issue to end these problems. However, universities remain closed," he said.

In 2016, in the wake of a defeated coup by the Gülenist Terror Group (FETÖ), Turkey set up the Maarif Foundation to assume the administration of schools overseas linked to FETÖ, which the terrorist group has used as a revenue stream. Maarif has also established dozens of schools and education centers abroad.