Aghdam returns to Azerbaijan after end to 27-yearlong Armenian occupation 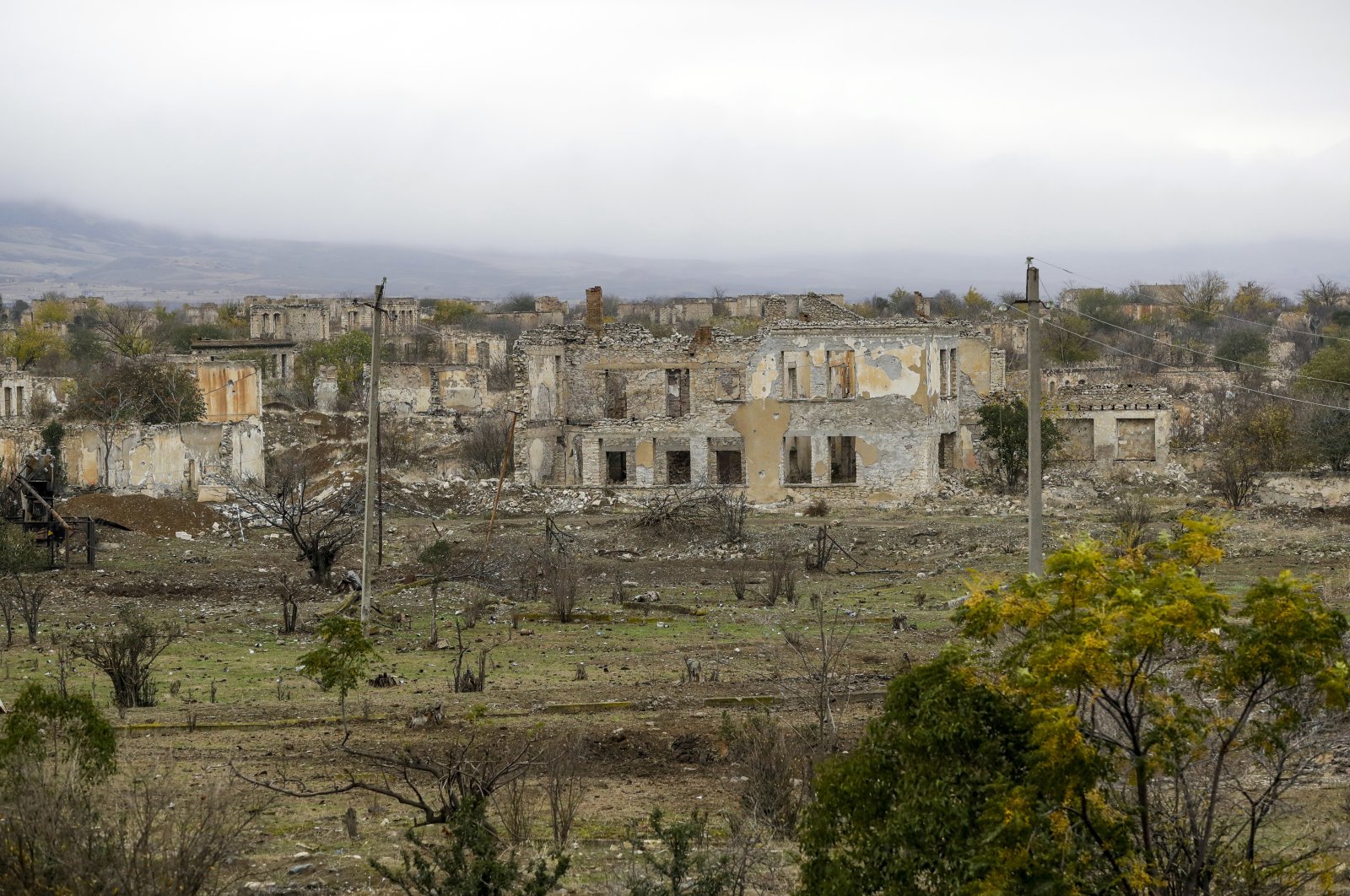 The ministry said in a statement that the Azerbaijani army entered the district as part of a cease-fire deal with Armenia that was brokered by Russia.

Armenian forces occupied some 77% of the district in 1993, forcibly displacing nearly 200,000 Azerbaijanis from their homeland.

Armenia will also hand over the Kalbajar district wedged between Nagorno-Karabakh and Armenia on Nov. 25 and the Lachin district by Dec. 1.

Congratulating the Azerbaijani people on regaining control of Aghdam, President Ilham Aliyev said 143,000 Azerbaijanis used to live in the area before the Armenian occupation and this number has now reached 203,000.

“A new era has started for Aghdam. We have great plans. Almost everything had been destroyed in areas under occupation but we will reestablish the city of Aghdam,” Aliyev said in an address to the nation Friday, adding that Baku will provide assistance to the residents of the city to return to their homes.

Aliyev also said the reason behind Armenia’s failure was the occupation.

“I had said this many times before, I had said that the occupation would push Armenia onto the edge of a cliff,” Aliyev said, adding that Armenia has never been a sovereign country and is actually a “colony.”

The Azerbaijani president continued by saying that the occupation has caused global disgrace for Armenia and that it will forever be stigmatized as the “loser.”

Aliyev also criticized the European Council and Western countries for remaining silent in the face of Armenian occupation and violence.

“Where is the European Council, which has been belittling Azerbaijan and had been attempting to discredit us? Why is it silent? Where are your democracy and human rights?” Aliyev said.

Aliyev also slammed Armenia’s claims on Turkish territory, saying that they have lost their minds and making such a request from such a strong country is simply “suicide.”

On Thursday, Armenian residents of Aghdam hurriedly picked pomegranates and persimmons from the trees surrounding their homes and packed vans with furniture before fleeing ahead of the official deadline to cede the mountainous province.

"We wanted to build a sauna, kitchen. But now I had to dismantle everything. And I'll burn down the house with everything I own when I leave," Gagik Grigoryan, a 40-year-old electrical worker, told Agence France-Presse (AFP) before abandoning his home.

Armenian residents leaving occupied areas of Nagorno-Karabakh following a peace deal with Azerbaijan have been burning down homes and forestland as they leave the areas.

New clashes erupted on Sept. 27 as the Armenian Army continued its attacks on civilians and Azerbaijani forces, even violating humanitarian cease-fire agreements for 44 days.

Baku liberated five cities, four towns and 286 settlements and villages from the Armenian occupation during this time.