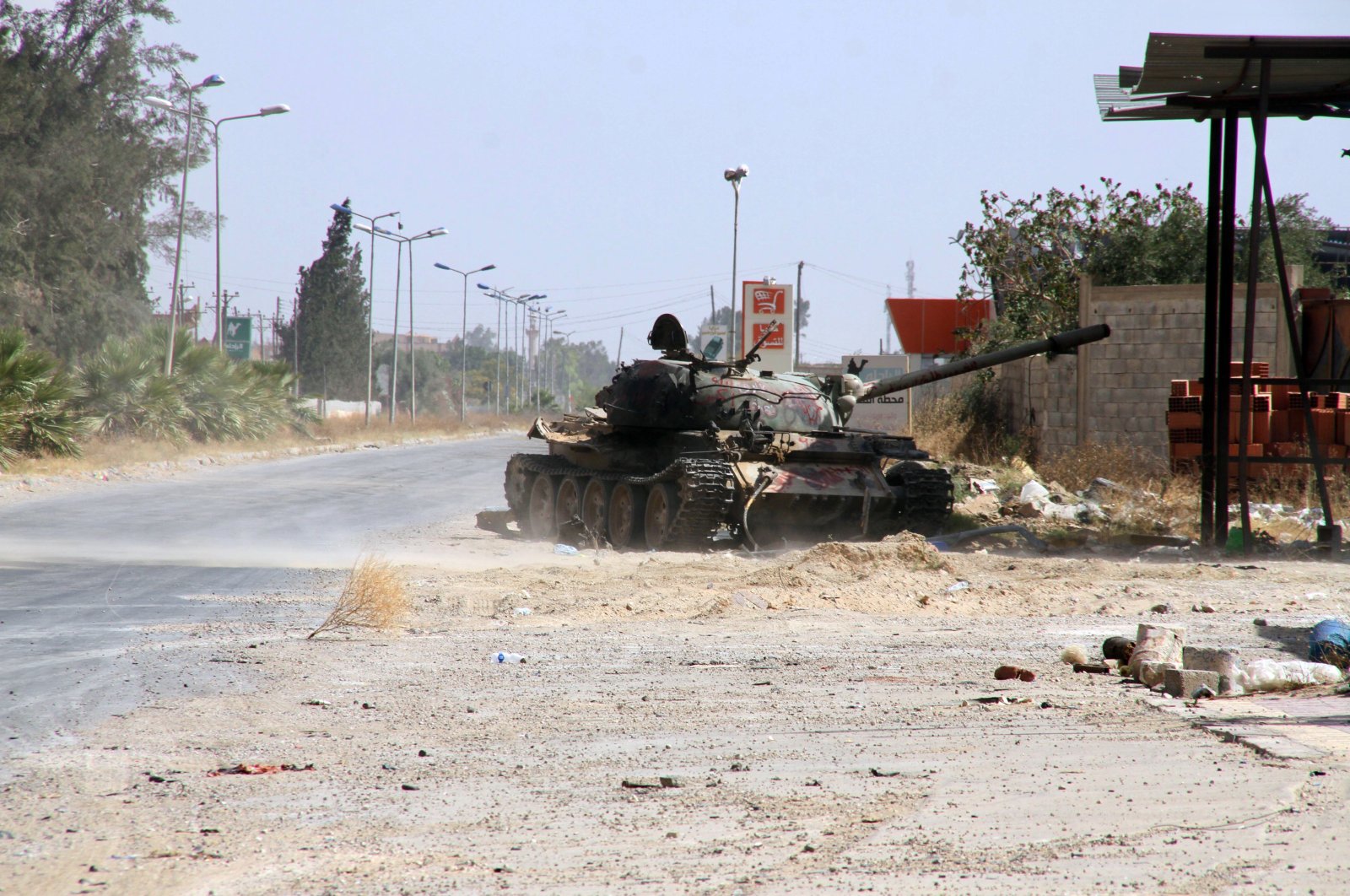 The Libyan Army has made a series of significant gains in recent weeks and announced that it seized the strategic city of Tarhuna, Libya, June 4, 2020. (AA Photo)
by DAILY SABAH WITH AA Jun 05, 2020 4:08 pm
Edited By Dilara Aslan
RECOMMENDED

Two soldiers of the Government of National Accord’s (GNA) army were killed on Friday in an airstrike by a United Arab Emirates-made drone in northwestern Libya, according to an army spokesman.

The UAE is one of several countries, along with Egypt and Russia, that have supported the militias of putschist Gen. Khalifa Haftar against Libya's official government.

The attack came after the Libyan Army this week announced the liberation of the capital Tripoli along with the strategic city of Tarhuna from Haftar militias.

In March, the Libyan government launched Operation Peace Storm to counter attacks on the capital and recently regained strategic locations, including the al-Watiya air base, a major blow to Haftar's forces.

Libya's government was founded in 2015 under a United Nations-led agreement, but efforts for a long-term political settlement failed due to military offensives by Haftar's forces, which have killed around 1,000 people since April 2019.

The UAE has invested heavily in support of Haftar, despite his failures. Although there has been an international arms embargo on Libya in place since 2011, since 2014, the Persian Gulf nation has been continually looking for ways to get heavy and strategic weapons to Haftar and his forces in the east of the country in an effort to overthrow the GNA.

The UAE has been harshly criticized by human rights groups and the U.N. for escalating violence in the war-torn country. Human Rights Watch (HRW) in late April stated that an airstrike by the UAE on a biscuit factory south of Tripoli on Nov. 18, 2019, killed eight civilians and injured 27 others.