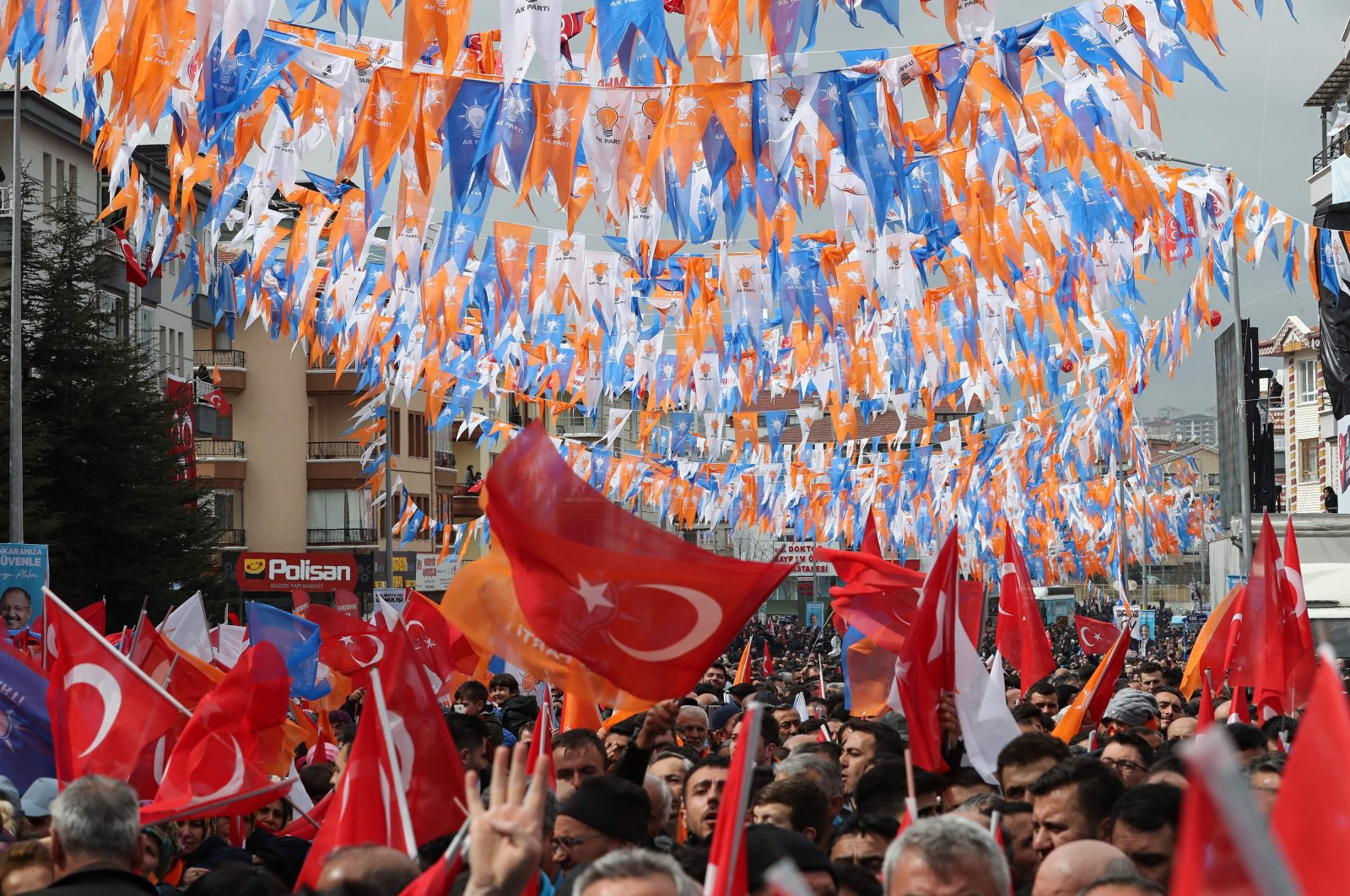 The ruling Justice and Development Party’s (AK Party) congress process to determine local organizations of the party has been conducted in line with requirements for masks, social distancing and hygiene.

The AK Party relaunched its congress process early this month after a brief disruption due to the outbreak of the COVID-19 pandemic.

Erkan Kandemir, the president in charge of the AK Party's local organizations, earlier this month sent a message to local branches saying: “Our AK Party teams, who have been serving our country for 19 years, will continue the process in the way they believe by reinforcing our experienced and loyal teams with new friends," adding: "We know our nation’s expectations of us and we are aware of the weight of our responsibilities. We have a lot to do, and we have a lot to say under the guidance of our leader. Without a doubt, our congresses will take every measure in line with our ministry’s recommendations.”

The AK Party plans to complete provincial congresses by February after the district congresses have been decided. The party's next ordinary grand party congress is scheduled for May 2021.

This month, the AK Party celebrated its 19th anniversary. Founded on Aug. 14, 2001, under the leadership of now President Recep Tayyip Erdoğan, the AK Party has become the most successful political party in modern Turkey's democratic history with its successive election victories and has led to reforms that have improved the country's democratic and economic standards.

Transforming Turkish politics for nearly two decades, the AK Party has been preparing to lead new reforms that will enable Turkey to reach its 2023 targets.

Only one year after its foundation, the AK Party saw great achievement in its first general elections, garnering 34.3% of the vote in the Nov. 3, 2002 elections and earning 363 seats in Parliament.

Since then, the party has never lost an election.

The party emphasizes constant self-reform and its efforts to win the support of the public by considering their problems, wishes and suggestions.

Alongside renewing local organization membership, the coming period will see the parting of executives who have failed to keep pace with the party's vision.