AK Party gains over 600,000 new members, half of whom are youth, President Erdoğan says 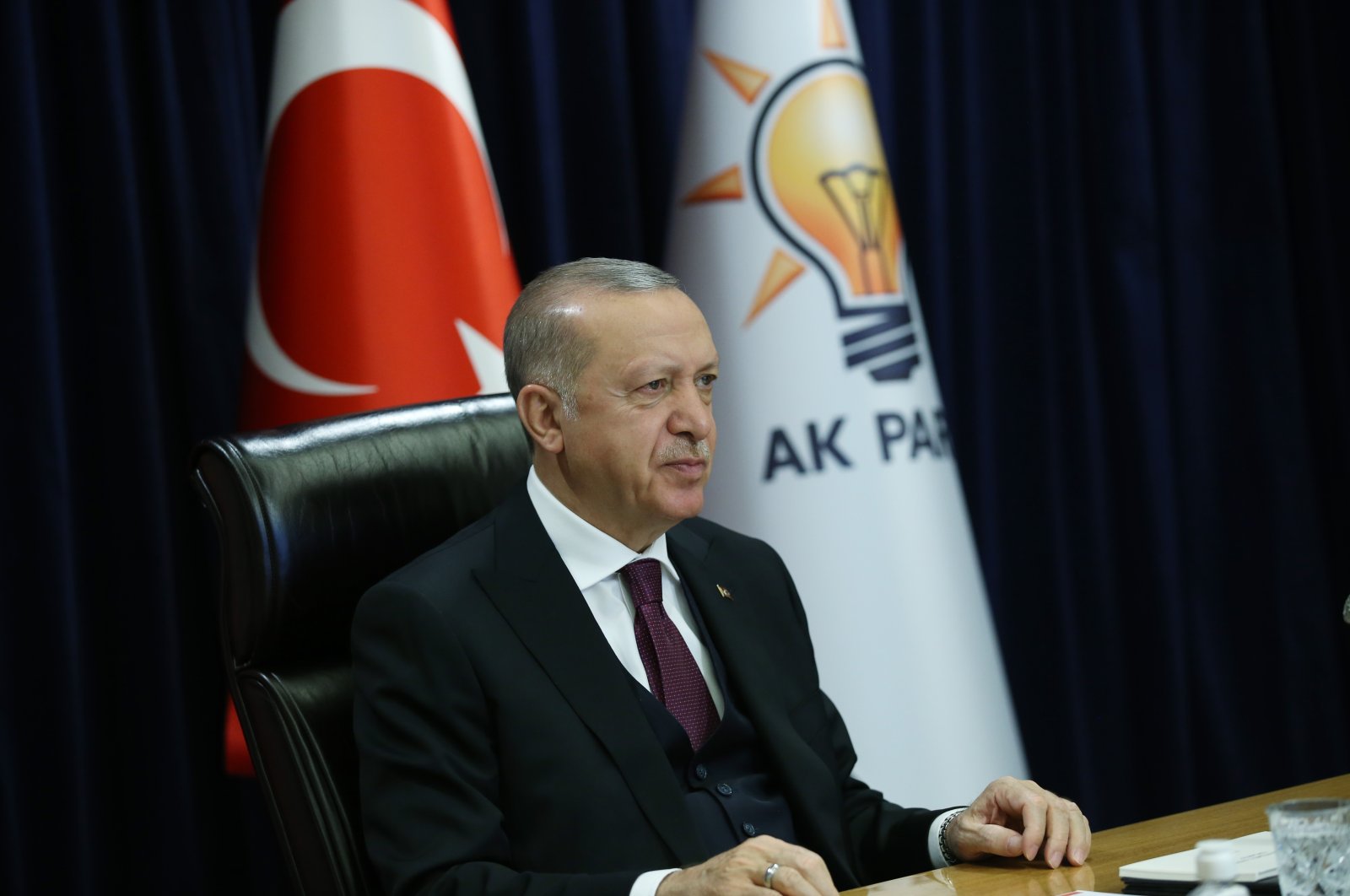 The ruling Justice and Development Party (AK Party) has gained 601,000 new members so far this year, half of whom are young people between the ages of 18-25, President Recep Tayyip Erdoğan said Thursday.

“The AK Party is the sole party that ranks first in every election it has participated in since its establishment because our party is a party that manages to renew itself constantly, prepares itself for the next challenges and succeeds in staying dynamic,” Erdoğan said, speaking during a videoconference for the 140th AK Party extended provincial heads' meeting at the party's headquarters in the capital Ankara.

Erdoğan indicated that one of the strongest ties between a political party and the society it addresses is the efforts of members. Through these activities, the party both chooses new administrations in congresses and expands its base by enhancing the number of members, he said.

The AK Party has long put an emphasis on rejuvenating itself and expanding the number of young people in its structure.

Turkey has the largest percentage of young people of any European nation, with a population in which 16% of the overall populace is between the ages of 15-24. Turkey's political future is therefore expected to be highly affected by the young voters' preferences.

“With our 10.5 million members that are spread throughout the 81 provinces of our country, we are almost a model of an eighth of Turkey,” the president said. He also underlined the importance of those participating in AK Party organizations, saying that these people shoulder responsibility in building the future of the country and its people.

Noting that a large portion of the AK Party district congresses had been completed, Erdoğan said, “Up to today, we have held congresses in 577 districts, which means 59% of all districts.” He also stated that the party would launch provincial congresses as of the middle of October. The president will participate in some congresses in person while he will attend others via videoconference.