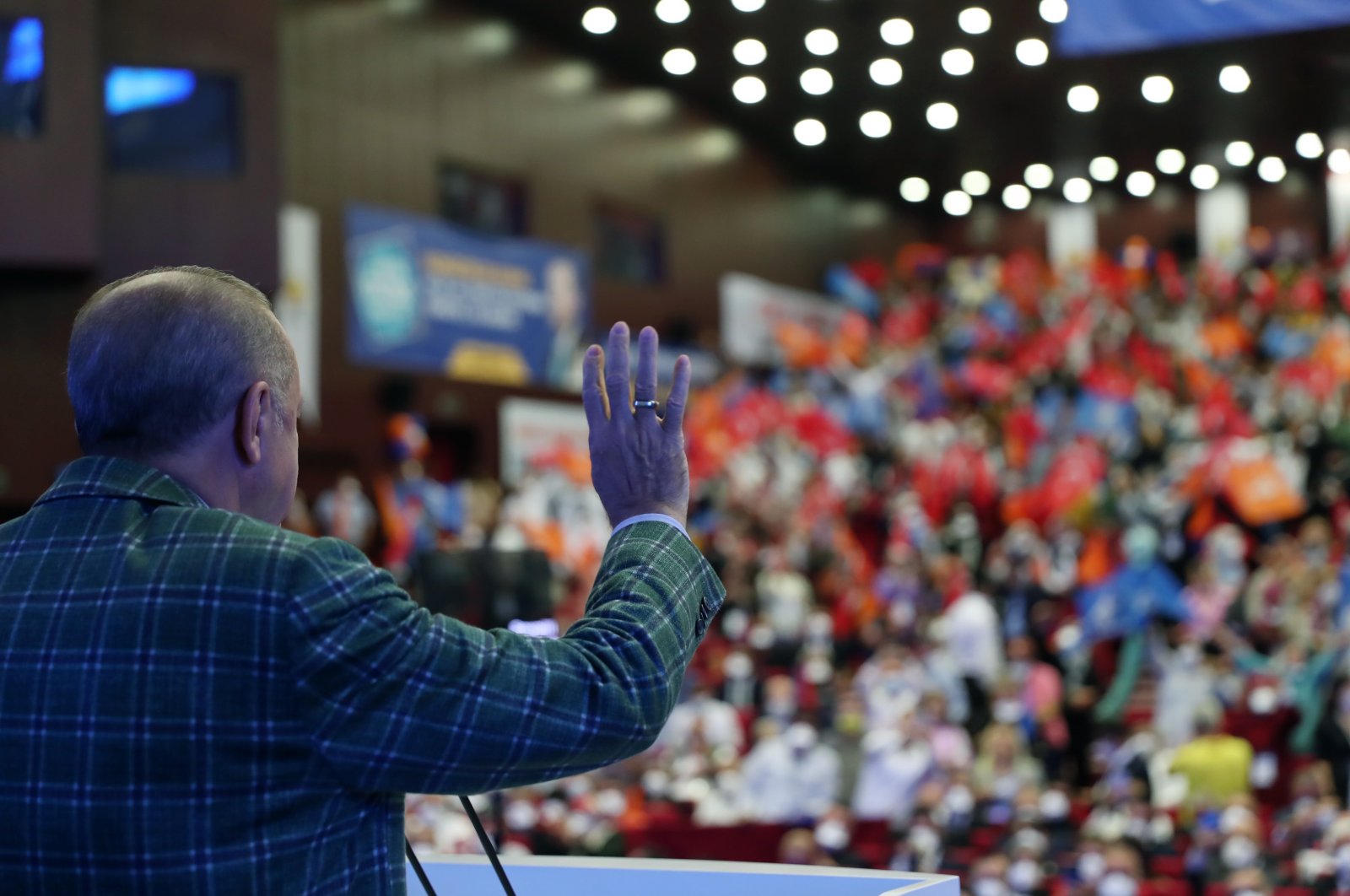 The ruling Justice and Development Party (AK Party) on Wednesday marked its 19th anniversary as it vowed to continue to build the country's future, eyeing further investments and services.

Turkey looks to the future with hope thanks to the strength of its youth in an era when the West's population is aging and education and infrastructure problems in the East remain stubborn, President Recep Tayyip Erdoğan stated Wednesday.

In a video message to the Entrepreneurs Meeting Summit in the central Anatolian city of Konya, Erdoğan stressed that entrepreneurship is an inherent feature of the Turkish nation and that anyone can be highly productive in the fields of entrepreneurship and innovation when given the opportunity.

In an era witnessing radical changes in the global management and economic system, entrepreneurship "brings important opportunities," he added.

"We're working to seize these opportunities by reaching our 2023 goals for our democracy and development infrastructure that we have brought to the country in the past 19 years and then realize our 2053 vision," said Erdoğan, referring to the nearly two decades his AK Party has been in power.

On Turkey's new vision for green development, he said very important tasks fall on everyone, from the public to the private sector.

"I believe this summit will lead to path-breaking results for all of us in a process where global production and logistics centers are reestablished and the digitalization-and-technology-based economy is starting to strengthen," he explained.

The two-day summit started Wednesday under the auspices of the Turkish Presidency.

“The AK Party in 19 years has marked an era by making huge investments and historical reforms. All these are the creation of the people’s politics. Our will to carry our republic to new horizons is fresh and solid,” the party’s spokesperson Ömer Çelik said Wednesday.

The party has from day one been a roof under which people of all kinds of ethnic, religious and sectarian backgrounds have found their place, Çelik wrote on Twitter.

“Under the leadership of President Recep Tayyip Erdoğan, we continue our path by renewing and strengthening our cadres. We work toward building a more stable future for all our citizens.”

Since then, the AK Party has participated in six general elections – in 2002, 2007, 2011 and June 2015, plus in the November snap elections of 2015 and 2018 – and won them all. As a result, over the last 19 years, two presidents and four prime ministers have been selected from the AK Party. In the presidential election of 2018, Erdoğan, who is also currently the head of the AK Party, became the first democratically elected leader under Turkey’s new system of presidential government.

He explained that back then, trust in politics and political institutions was at a low and the agendas of political parties and the Turkish people were completely different. The AK Party with its cadre from the people has departed on a path to protect the law, raise the living standards and remove barriers in the people's way, Yazıcı said.

Yazıcı, who noted that while strengthening the budget on one side, the AK Party has also secured rights and freedoms on the other, added that the party will focus on three main areas: social security, the economy and legal security.

He said the party is working toward putting the economy on the right track, increasing opportunities, finding resources to finance investments and creating a secure atmosphere for all of the above.

“In the area of judiciary, we have realized an enormous change and transformation. We put in place a new criminal code. We ended the activities of the State of Emergency courts in 2004. We started the negotiations phase with the European Union. Within this negotiation process, we started to introduce and associate Turkey with the EU acquis Copenhagen Criteria and the Maastricht Criteria,” he stated.

The official noted that 2023 will mark the 100th anniversary of the establishment of the republic, highlighting that the AK Party has overseen a fifth of that period.

“When we look back, there are enormous gains that the AK Party has provided Turkey with. We never had a style of being the continuation of any party. Our target audience is Turkey as a whole as a result of our political style. Today 84 million are our target audience.”