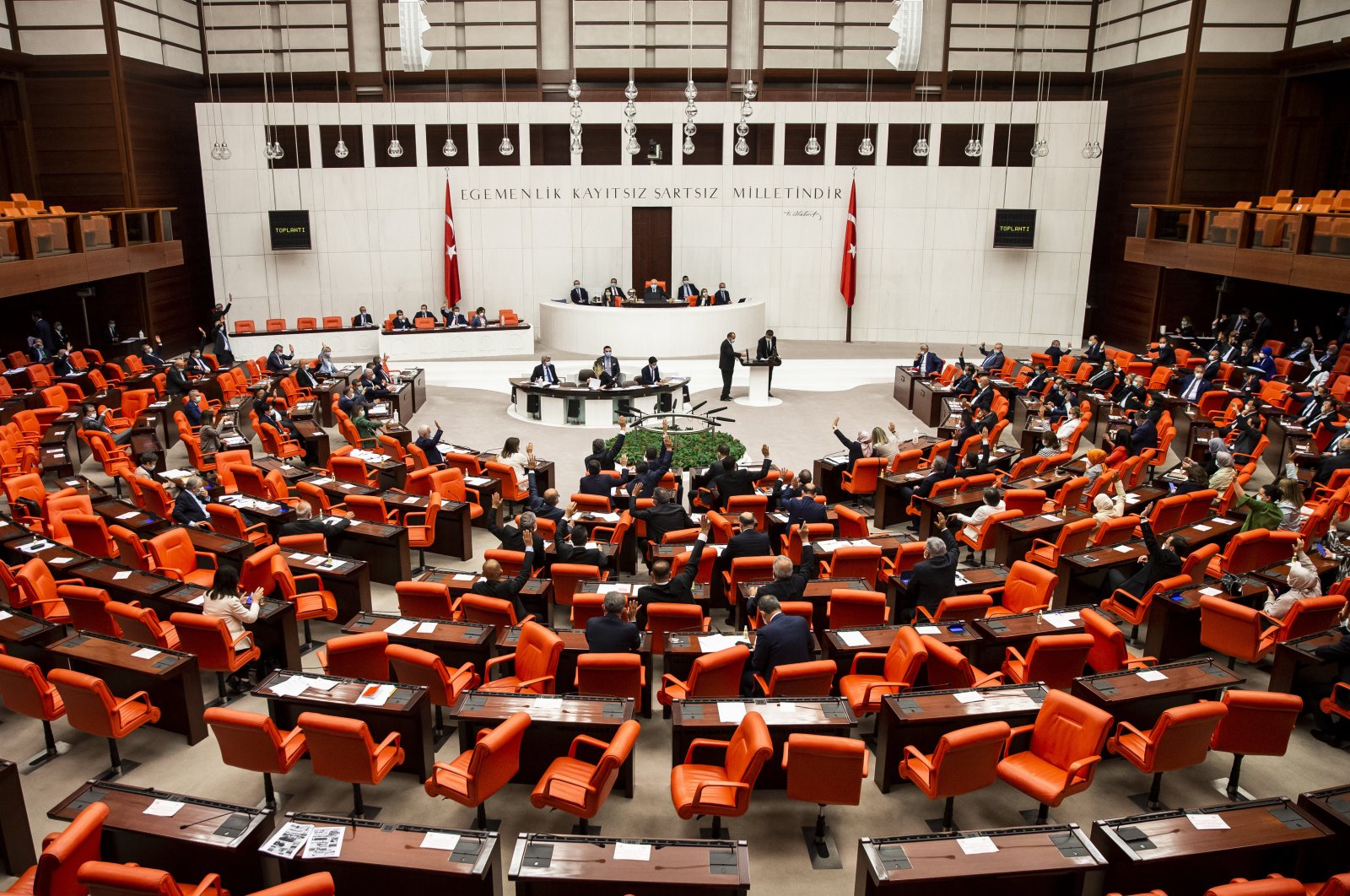 Back in March, the Turkish Parliament barred visitors as a precaution against the spread of the coronavirus. (AA)
by DAILY SABAH Jun 26, 2020 1:04 pm
RECOMMENDED

The ruling Justice and Development Party (AK Party) has warned its deputies to be careful when accepting visitors at Parliament, as the coronavirus continues to threaten public health.

The party has urged its deputies to handle citizens' requests via phone or through written communication and avoid face-to-face meetings unless there are no alternatives.

AK Party's group presidency sent a written statement where it cautioned that despite a ban on visitors entering Parliament, many deputies had been hosting guests in their offices.

The statement said if the bans were violated, the consequences would be of concern to the entire Turkish public and thus parliamentarians were responsible for taking necessary measures against the pandemic.

Back in March, the Turkish Parliament barred visitors as a precaution against the spread of the coronavirus.

The entire Turkish political cadre has shown increasing concern over the coronavirus and its effects, with parties integrating measures aimed at preventing the virus's spread from interfering with the carrying out of political duties across the country and in Parliament. Political parties represented in Parliament have also canceled group meetings.

According to Koca, 1,472 patients recovered in the previous 24 hours, taking the total number of recovered patients to 165,706.

941 COVID-19 patients were being treated in intensive care units, the minister added.