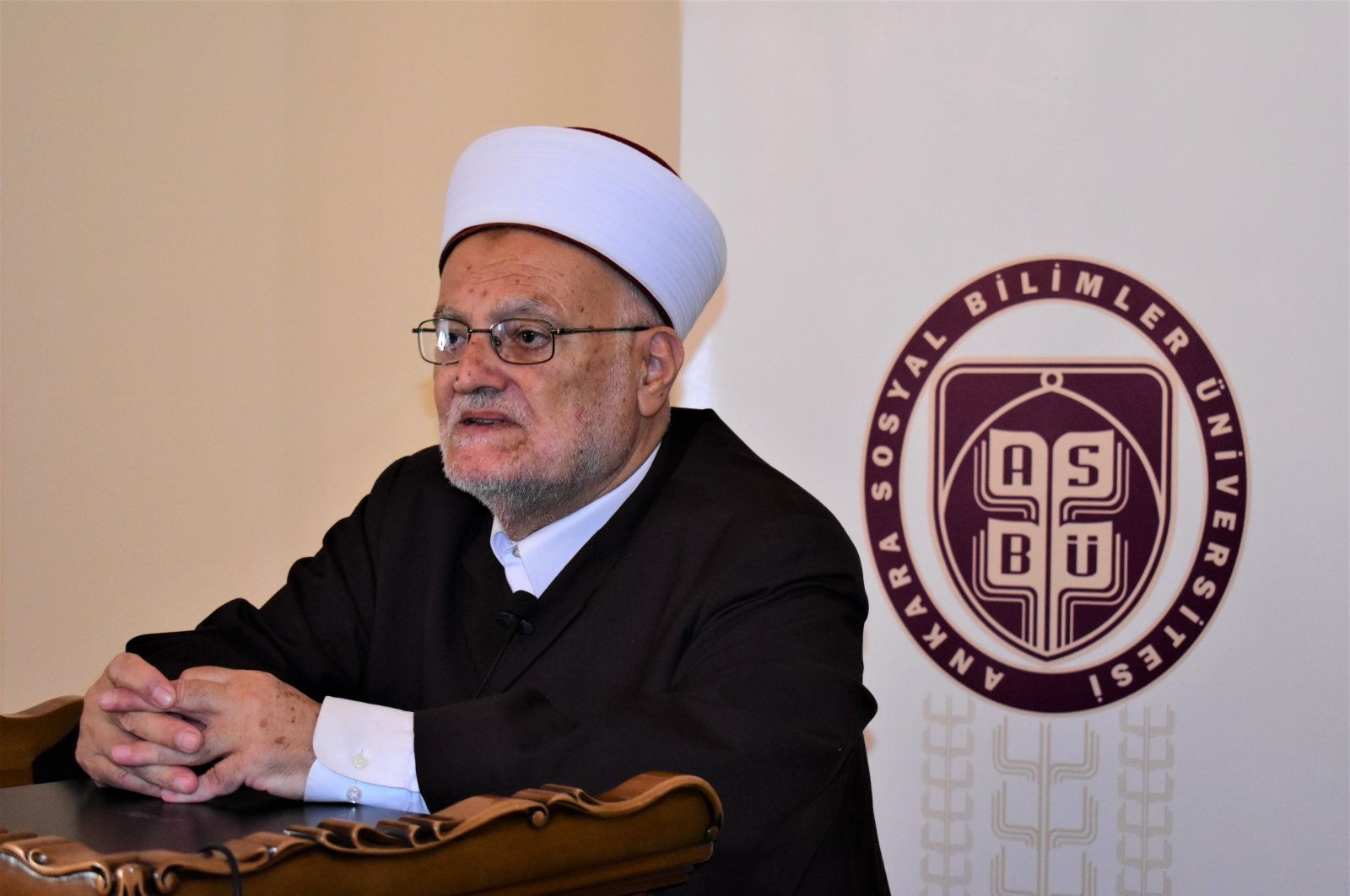 The imam of Al-Aqsa Mosque in Jerusalem praised the "wise Turkish policy" on the Israeli-occupied city and called on other Muslim countries to emulate it.

In an exclusive interview with Anadolu Agency (AA), Sheikh Ekrema Sabri, who is currently visiting Turkey, praised the country's "centuries-long" relationship with Palestine, saying it "has been strengthened more through its wise policy of extending bridges of brotherhood with the Arab world" as well as supporting "fateful Palestinian causes." He singled out the Turkish approach as the kind of policy that Palestinians "always demand."

Speaking of the Turkish people's love for Al-Aqsa Mosque and Jerusalem, Sabri said his time in Turkey will include visits to cultural and media institutions in the country that are interested in learning about Islam's third-holiest site.

Sheikh Sabri condemned the recent Al-Aqsa entry bans by the Israeli authorities, which he personally experienced several times, calling them "unjust," "exclusionary" and "strange" policies unprecedented in the world.

"The aim," he said, "is to empty Al-Aqsa of officials and activists" and "silence opposition" toward intrusion by Jewish extremist groups while also "psychologically punishing" Palestinians.

He complained that intrusions have recently increased and enjoyed the support of the Israeli government, which "escorts" them.

"Al-Aqsa is for Muslims alone, and the Jews have nothing to do with it," he said, adding, "There is no room for negotiation or forfeiting an iota of dirt from it."

Need for Islamic narrative about Jerusalem

According to Sheikh Sabri, several Jewish extremist institutions have promoted their own "false narrative" about Jerusalem that has garnered wide support, including in Palestine and Arab countries. A "clear" and "detailed" Islamic narrative about Jerusalem is therefore urgently needed "to keep the Islamic masses informed about it," stressed Sabri, while also expressing hope that "Muslims' attachment to Al-Aqsa has grown stronger."

Moreover, Sabri challenged the media to promote the Islamic narrative and knowledge on Al-Aqsa "on a daily basis" and "in several languages" to keep younger generations more connected to the holy site.

"The Muslims," he said, "love Al-Aqsa, but if you ask a Muslim about the history of Jerusalem and its status, he may not know it," highlighting the importance of going beyond emotional attachment to the site and learning about its history.

Jerusalem hosted the first-ever qiblah, or direction Muslims should turn to while praying before it was replaced with Kaaba as the new direction.

Last week, AA reported that the United Arab Emirates (UAE) has been maneuvering for control of Al-Aqsa by taking advantage of the recent normalization deal it signed with Israel, moves that have escalated rivalry for the religious control of the holy site in favor of Israel.

This was reflected in a joint statement from the U.S., the UAE and Israel in August, which said: "All Muslims who come in peace may visit and pray at Al-Aqsa Mosque, and Jerusalem's other holy sites should remain open for peaceful worshippers of all faiths."

Ironically, the UAE acts in concert with the Israeli settlers and the far-right in an attempt to undermine the authority of the Jordanian and Palestinian Supreme Muslim Council over the holy site.

On Oct. 18, a delegation from the UAE visited Al-Aqsa Mosque under the protection of Israeli forces, prompting criticism from Palestinian Prime Minister Muhammad Shtayyeh.

In its part, Abu Dhabi seeks to legitimize its normalization deal with Israel by promoting the idea that the agreement gives Muslims more freedom of access to visit the holy mosque.

Sheikh Sabri echoed Shtayyeh's concerns, warning of the danger of visiting Al-Aqsa Mosque through coordinating with the Israeli occupation, as it does not have the right to grant entry permits.

In January, Trump announced a so-called peace plan for the Israeli-Palestinian conflict, named "Deal of the Century," although it had already been soundly rejected by Palestinians.

Turkey rejected the plan, saying it would not support any plan that is not accepted by the Palestinian authorities, adding that peace in the Middle East would not be obtained if the policies based on occupation continued. Turkish officials criticized the move, saying that it is nothing more than the legitimization of the Israeli occupation.

The U.N. General Assembly in December 2017 overwhelmingly rejected the U.S. decision to recognize Jerusalem as the capital of Israel, but the nonbinding resolution was vetoed by the U.S. at the U.N. Security Council.