Aliyev says ready for talks over Nagorno-Karabakh, accepts only full restoration of territory 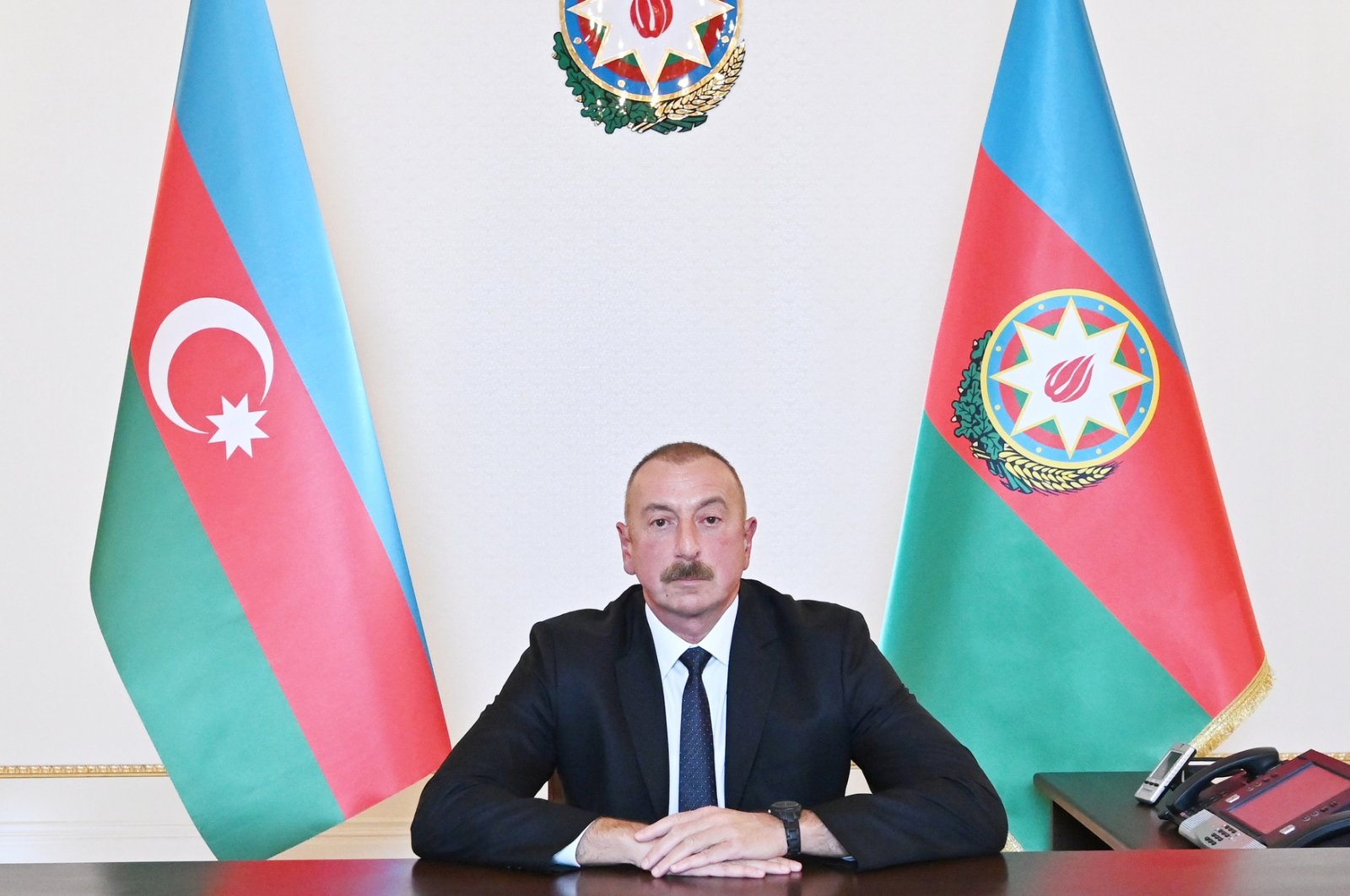 Azerbaijan's President Ilham Aliyev stated in his speech to the nation Friday that Baku is ready to return to talks over the Nagorno-Karabakh region even though he will only accept the full restoration of territorial integrity.

The president underlined that no other country can influence Azerbaijan's will over the conflict.

Aliyev said Baku is unwilling to hold any talks with the ethnic Armenian leaders of Nagorno-Karabakh and that there will be no talks if Armenia continues to insist that Nagorno-Karabakh is part of Armenian territory.

Aliyev’s statements came after Azerbaijan and Armenia on the same day agreed to hold peace talks after nearly two weeks of clashes over the occupied Nagorno-Karabakh region, raising hopes that a cease-fire could be brokered.

Saying that Azerbaijan is unwilling to make concessions to Armenia in talks, Aliyev pointed out that Baku successfully changed the reality on the ground with military force, proving there could be a military solution to the conflict.

The invitation for peace talks came from Russian President Vladimir Putin, and they will be held in Moscow with the two former Soviet nation’s foreign ministers, the Russian foreign ministry said Friday.

"Active preparations are underway," she said, with the talks expected to take place later on Friday with the two countries' foreign ministers. A meeting with Putin, however, was not foreseen.

New clashes erupted on Sept. 27, but international calls for a halt to fighting have gone unanswered until now. Armenia has continued its attacks on civilians and Azerbaijani forces, who are the rightful owners of the occupied region.