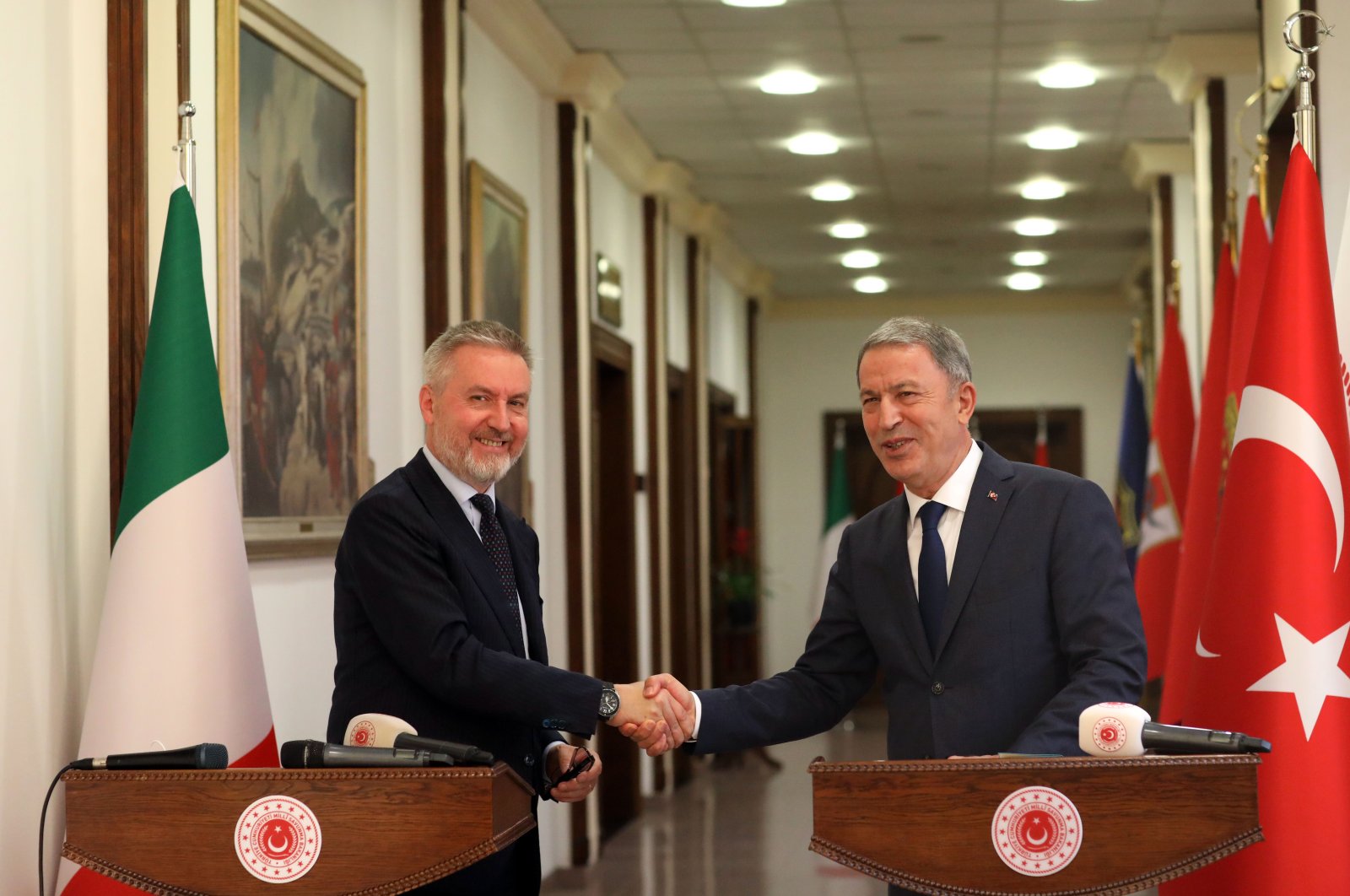 Turkey and Italy's defense ministers agreed at talks on Tuesday on the need for a political solution to Libya's conflict, according to a readout by the Turkish defense ministry.

"We have gladly observed that we share common and similar views on several issues," Turkish Defense Minister Hulusi Akar said in the readout, adding security and defense cooperation between the countries would benefit the Mediterranean region.

The relationship between some NATO members, namely Ankara and Paris have soared this month when France denounced an "extremely aggressive" intervention by Turkish ships against a French Navy vessel participating in a NATO mission in the Mediterranean, a claim Ankara dismissed as "groundless."

The European Union has launched a naval mission to monitor the U.N. arms embargo, which has been in place for nine years. Satellite surveillance allows weapon deliveries to be followed but so far they have not been stopped.

Libya has most recently pushed back against recent statements by French President Emmanuel Macron on Turkey's role in the North African country, underlining Macron's support for putschist Gen. Haftar’s aggression, which targets the legitimate government.

"We hoped to hear from President Macron a position that states his rejection of Haftar's 14 months of aggression against Tripoli," said Libyan Foreign Minister Mohamed Taher Siala.

Siala made the comments in response to earlier statements by Macron claiming the Turkish role in the Libyan crisis posed a "threat to Africa and Europe."

The European Union recognizes the GNA but there are differences between member states. Italy, whose state-controlled oil and gas major Eni is the biggest foreign oil producer in Libya, has sent troops to train GNA security forces.

European countries worry about Libya because of its energy supplies and – given its chronic disorder – its role as a major source of undocumented migration to Europe and as a haven for militants.

Italian Defense Minister Lorenzo Guerini said all parties need to work together to achieve stability in the Mediterranean, according to the Turkish ministry readout.