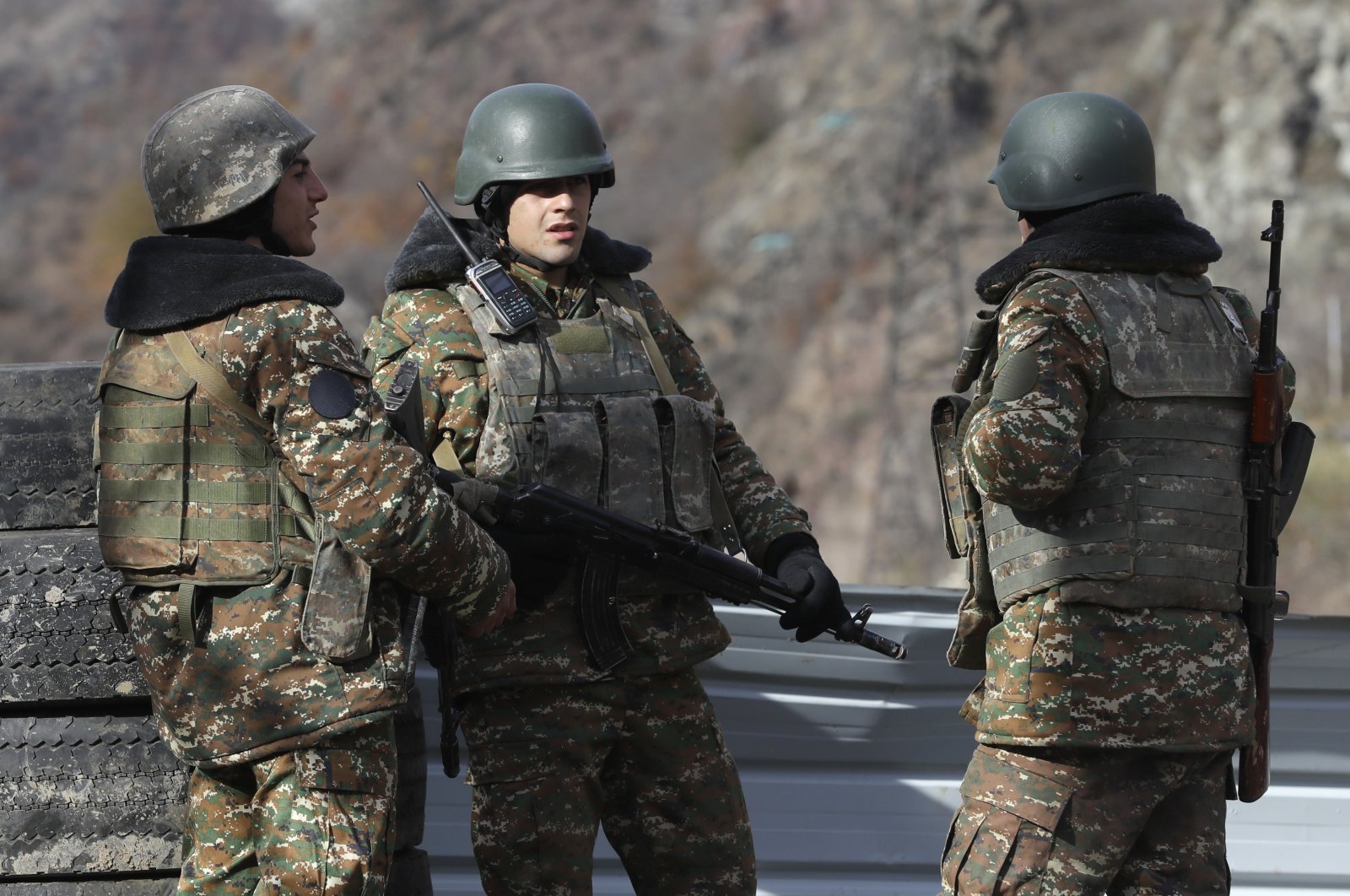 Armenian militants stand at a checkpoint near the village of Charektar in the occupied region of Nagorno-Karabakh at a new border with the Kalbajar district turned over to Azerbaijan, Nov. 25, 2020. (AP File Photo)
by DAILY SABAH Aug 09, 2021 10:30 am
RECOMMENDED

Armenians have formed a new anti-Turkey terrorist group and have been providing free military training at a so-called school named “POGA,” which has been supported by other terrorist groups such as the PKK and ASALA, according to the chairperson of an association that fights the spread of misinformation.

Savaş Eğilmez, the Chairperson of the Association to Counter Unfounded Genocide Claims (ASIMED), noted that POGA has been providing military training to militants from different age groups since March 29, 2021, Türkiye Newspaper reported Monday.

Eğilmez continued by saying that POGA provides over $100 to individuals making propaganda on behalf of the school.

The newly founded radical school is financially supported by the Armenian diaspora, as well as the PKK and ASALA, Eğilmez said, adding that they recruit militants from Europe and the Middle East.

In calls made on social media outlets, POGA asks all Armenians aged 18 to 55 to join them and take up arms against Turkey and Azerbaijan. POGA even pledges to pay for airfare on direct flights from Moscow to Yerevan.

“Do not look for an enemy on this side of the border. Your enemy is on the other side of the border, the same vile and barbaric. You will not defeat that enemy with insult or slander,” says a post on the so-called school’s Facebook Page, which makes anti-Turkey and anti-Azerbaijan propaganda.

The two countries signed a Russia-brokered agreement on November 10 to end the fighting and work toward a comprehensive resolution.