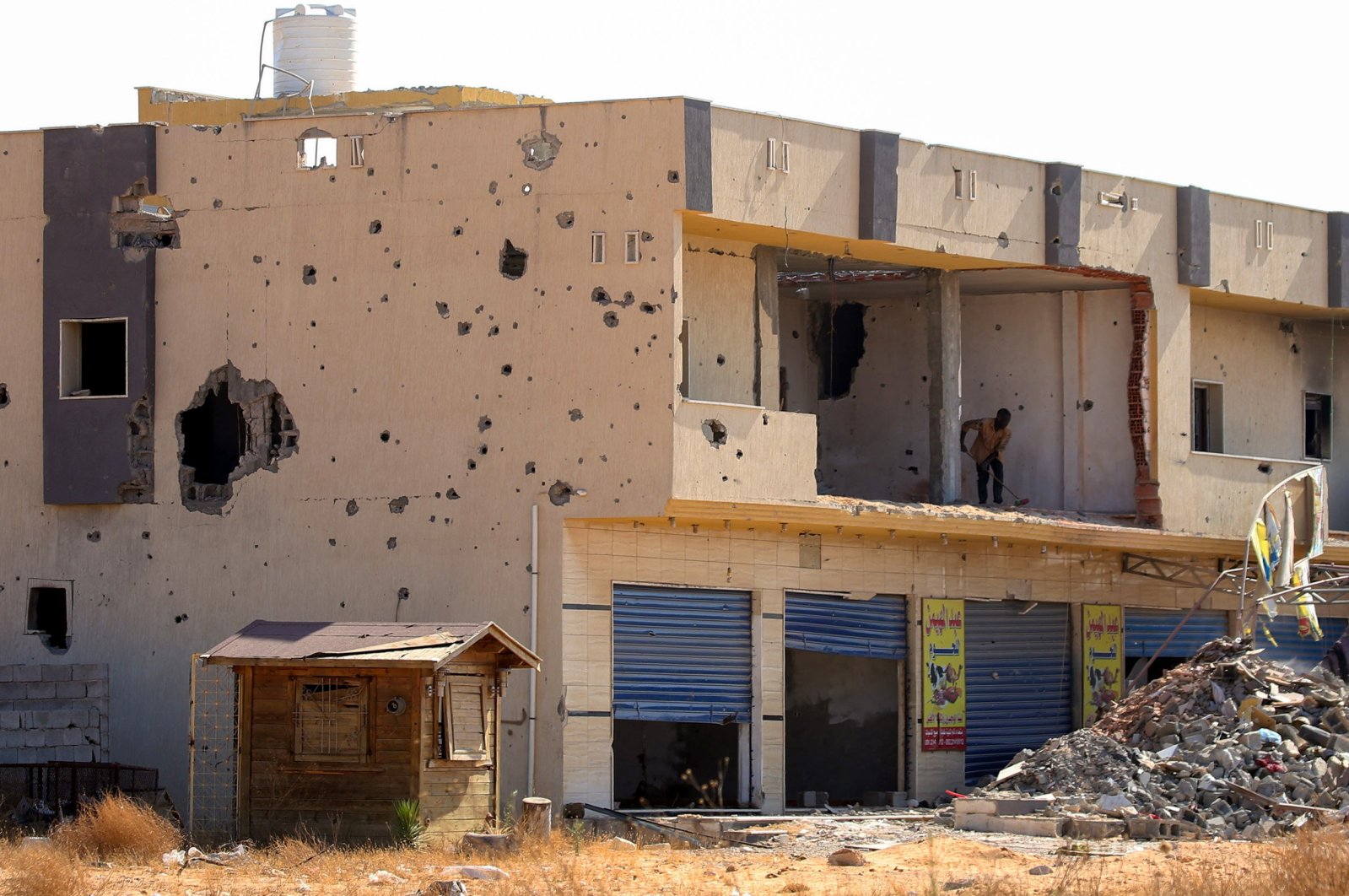 A business, damaged during the 14 months of fighting between the U.N.-recognized Government of National Accord (GNA) and forces loyal to putschist Gen. Khalifa Haftar, is seen in a southern neighborhood of the capital Tripoli, Libya, July 9, 2020. (AFP Photo)
by DAILY SABAH WITH AA Jul 28, 2020 11:33 am
RECOMMENDED

Any cease-fire for Libya should ensure that cities and strategic areas will not be exposed to any threats in the future, Libyan Prime Minister Fayez Sarraj said Tuesday.

A statement by Sarraj said he met with officials who took part in the 5+5 Military Committee to seek peace in the conflict-torn country.

Sarraj said military developments in Libya are the cornerstone of the country, and accordingly, political and economic processes will grow clearer.

Libya has been torn by civil war since the ouster of late ruler Moammar Gadhafi in 2011. Libya's government was founded in 2015 under a U.N.-led agreement, but efforts for a long-term political settlement failed due to a military offensive by Haftar, who has been backed by France, Russia, the United Arab Emirates (UAE) and Egypt.

Since April 2019, Haftar's illegitimate forces have launched attacks on the Libyan capital of Tripoli and other parts of northwestern Libya, resulting in thousands of civilian deaths.

However, the Libyan government recently achieved significant victories, pushing Haftar's forces out of Tripoli and the strategic city of Tarhuna.

Touching upon Turkey’s support to the GNA, a top Libyan official said Tuesday that Libya and Turkey last fall forged a clear agreement to repel the attacks of Haftar's militias.

The Turkish-Libyan security cooperation pact was in no way imposed on Turkey, said Khalid al-Mishri, the chair of Libya's High Council of State, speaking in the Morrocan capital Rabat alongside Morroco's Foreign Minister Nasser Bourita.

He said the GNA asked Turkish forces for help after Haftar was supported by several countries and added that Libya had no power to defend its legitimacy against all of those countries.

Since 2013, Libya has been subjected to military intervention by Egypt, the UAE and other countries, which violates its international rights, he said.

Al-Mishri said Libya had no choice but to ask for help from Turkey after Haftar was supported by many countries and advanced to the outskirts of the capital Tripoli.

Libya's High Council of State and the Tobruk-based House of Representatives, allied with Haftar, have the potential to reach a solution, he said.

Bourita also said adjustments need to be made to the 2015 Suheyrat Agreement to allow the legitimate government to manage the transition process in Libya.

Visiting Morocco at the same time as al-Mishri, Aguila Saleh Issa, the head of the House of Representatives, met with Bourita and Moroccan Parliament Speaker Habib El Malki.