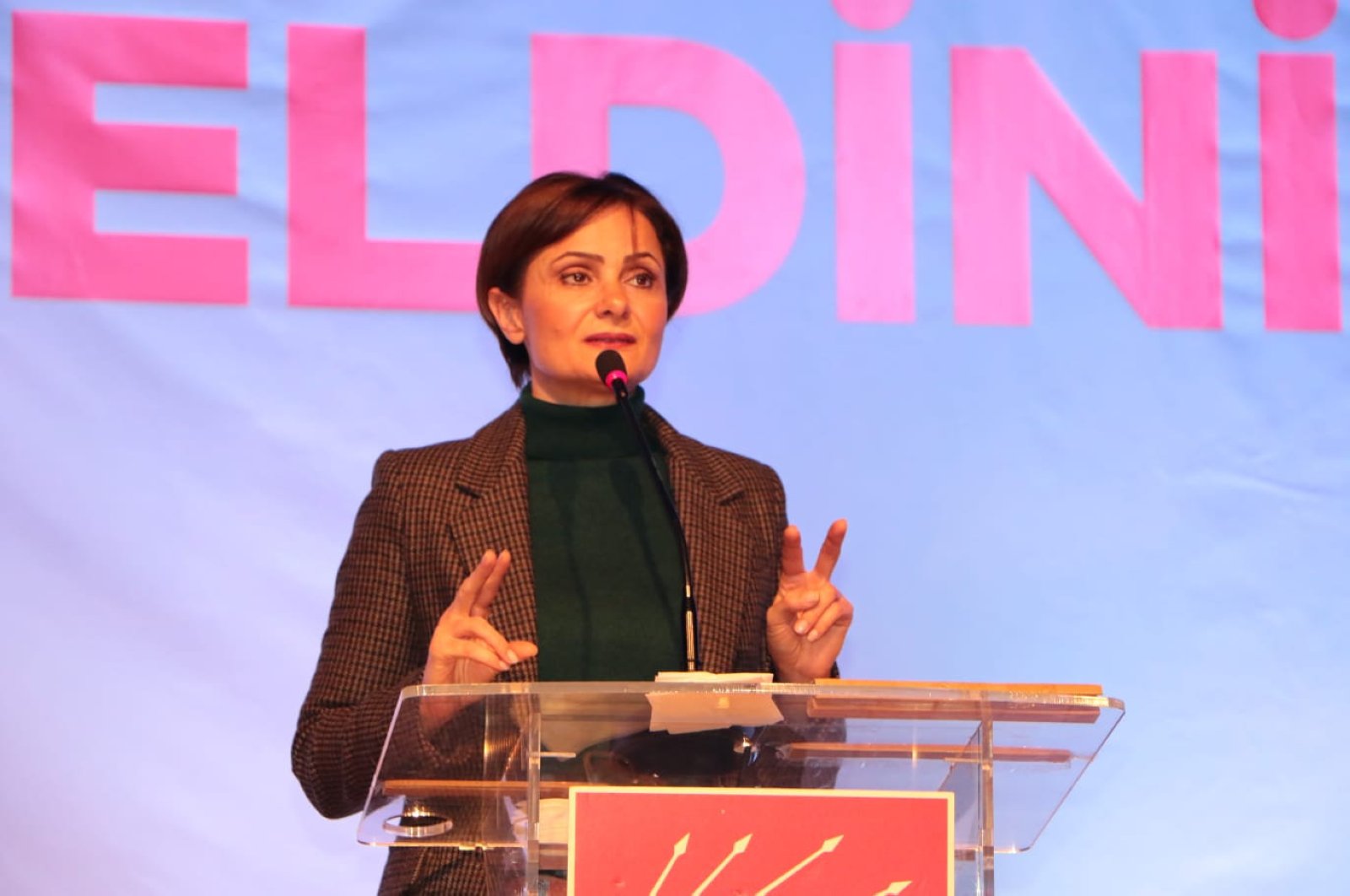 Kaftancıoğlu was sentenced on charges of making propaganda for an armed terrorist organization; defamation of a public servant, the president, and the Turkish state and inciting public hatred and violence.

She denied all accusations, saying that she had not intended to insult the president or the Turkish state. The prosecutors originally sought up to 17 years for Kaftancıoğlu.

Eight people, including President Recep Tayyip Erdoğan, acted as complainants. The inquiry was started due to tweets Kaftancıoğlu posted on social media between 2012 and 2017, as well as complaints, which were also stated in the accusation.

Her posts concerning Sakine Cansız, a PKK founder who died in France and was responsible for the recruitment of women for the group, were categorized as terrorist propaganda. She was convicted of the crime of provoking hatred and hostility among people for her tweets regarding the Gülenist Terror Group's (FETÖ) July 15, 2016, coup attempt.

The CHP's Istanbul head has been a highly controversial figure in Turkish society over questionable comments and actions. She previously expressed support for the PKK terrorist group's leader, who was assassinated in Paris in a likely internal feud in 2013. Two days after the murder, Kaftancıoğlu wrote on her Twitter account that "humanity is lost," citing one of the Cansız's statements on women.

She has even seen serious backlash from the CHP's own voter base but kept her seat despite serious challenges. During the campaign period for the March 31 elections, she announced that she would be resigning from her post in reaction to the choice of mayoral candidates; however, she later withdrew her resignation. The CHP was criticized for its unofficial alliance with the pro-PKK Peoples' Democratic Party (HDP) in the local elections.