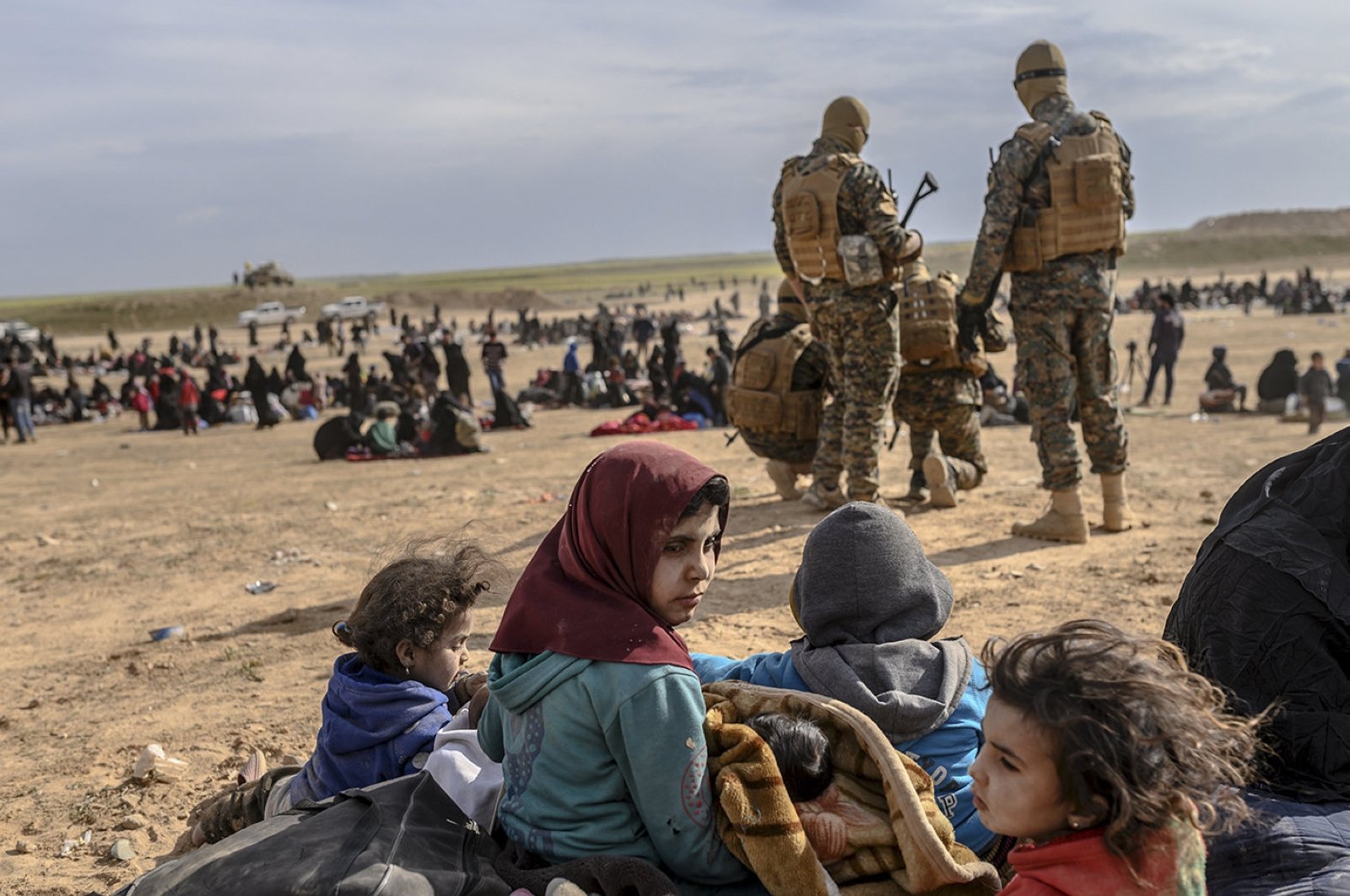 Prominent Syrian Arab tribes, including Agedat, are demanding an end to the occupation of their lands by the YPG/PKK terrorist group in Deir el-Zour province, according to media reports on Wednesday.

The tribe, which has been protesting the terrorist group after the assassination of two of its leaders, said the YPG/PKK, which uses the name of SDF, fails to ensure security and stability in the region, Anadolu Agency (AA) reported.

Tribal leader Ibrahim al-Hiwil, who attended a recent meeting in the village of Zayban, told AA that the YPG/PKK has failed to launch an investigation into the assassination of their leaders.

He noted that the tribes hold the U.S.-led coalition forces responsible for the turmoil in the region, and he demanded the formation of a commission to shed light on the matter.

Al-Hiwil also said that an immediate solution is necessary to ensure safety in the region.

According to the meeting manifesto, tribes in the region demand that the coalition hand over the administration of the area to the tribes rather than the YPG/PKK terrorists within a month.

People poured into the streets to express their outrage at the YPG/PKK’s killing of Sheikh Mutashar al-Hafel and Sheikh Ibrahim al-Hafel, the Arab Agedat tribe’s leaders, last week.

They urged the terrorists to withdraw from the region, according to local sources.

Two civilians were killed and at least five others were injured after the YPG/PKK clamped down on protesters.

The Agedat tribe, which spans from Aleppo to the Iraqi border, has condemned the terrorist organization and its actions in the region while urging the terrorists to retreat from areas it has occupied. They also called on the U.S.-led coalition to give back the land that has traditionally belonged to Arabs.

The YPG/PKK established local councils in the areas it captured from Daesh with U.S. support, including Deir el-Zour, east of the Euphrates River.

Local people living in areas held by the YPG/PKK have long suffered from its atrocities, as the terrorist organization has a notorious record of human rights abuses, ranging from kidnappings, recruitment of child soldiers, torture, ethnic cleansing and forced displacement in Syria.

The YPG/PKK has forced young people from areas under its control to join its forces within the so-called "compulsory conscription in the duty of a self-defense law" since 2017. Under this practice, young people between the ages of 18 to 30 are forcefully recruited for nine months, with the possibility of an extension, if necessary. Those who refuse to join the YPG/PKK "face serious repercussions," including imprisonment.