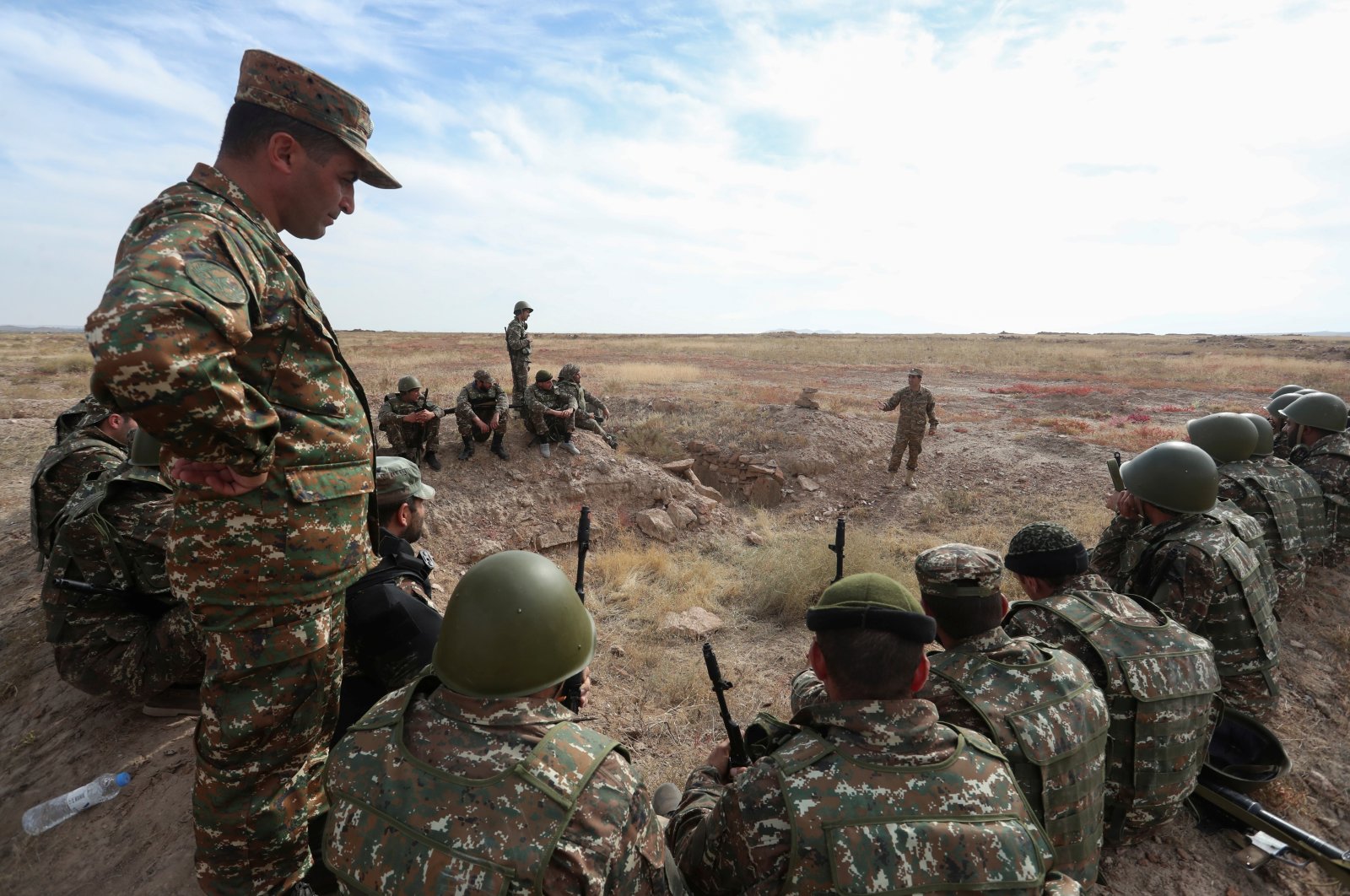 Armenian reservists undergo training at a firing range before their departure to the front line of the military conflict with the armed forces of Azerbaijan over the occupied Nagorno-Karabakh, near Yerevan, Armenia, Oct. 25, 2020. (Reuters Photo)
by daily sabah
Oct 27, 2020 3:05 pm

Yerevan dismissed the head of the Counterintelligence Department of the National Security Service of Armenia, Maj. Gen. Hovhannes Karumyan, after suffering heavy defeat amid clashes with Azerbaijan over the occupied Nagorno-Karabakh region.

Azerbaijani President Ilham Aliyev recently said that the Azerbaijani army has liberated the city center, as well as certain villages in Qubadli, Zengilan and Jabrayil.

Armenia has replaced a number of commanders and top officials since the beginning of the conflict.

Since new clashes erupted between the two countries on Sept. 27, Armenia has continued its attacks on civilians and Azerbaijani forces.

On Monday, Commander of the Border Forces Vaginak Sarkissian was sacked at the suggestion of Prime Minister Nikol Pashinian.

The chief of Armenian intelligence services, Argishti Kyaramyan, was also removed from duty on Oct. 8 amid heavy losses in the fight against the Azerbaijani military.

In the armed conflict – which has been going on for almost a month – the entire territory along the Azerbaijan-Iran border that was held by Yerevan for almost 30 years has been liberated by Azerbaijani forces.

World powers, including Russia, France and the U.S., have urged a new cease-fire. Turkey, meanwhile, has supported Baku's right to self-defense and demanded the withdrawal of Armenia's occupying forces.