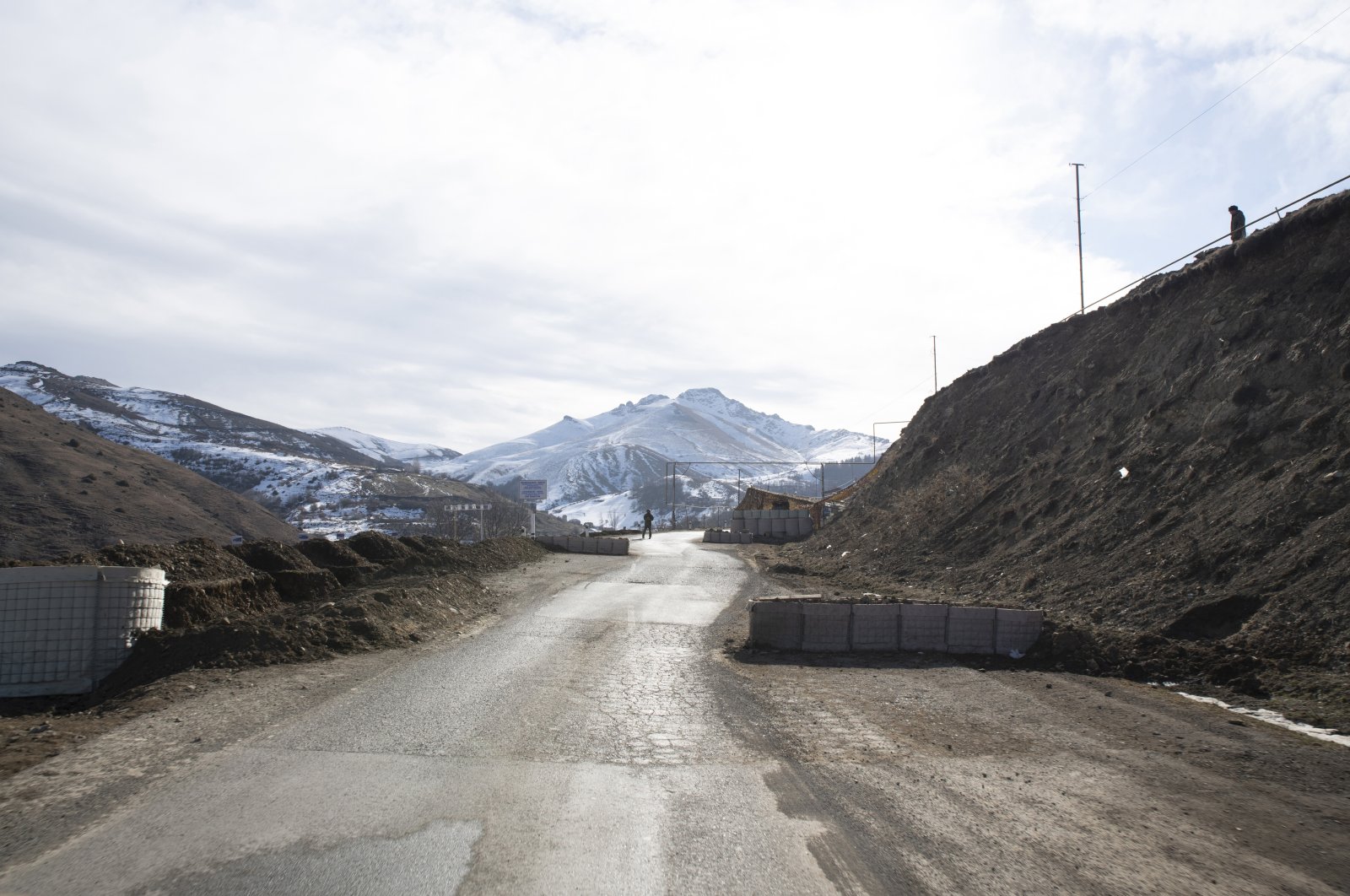 A roadblock erected by Russian peacemakers on the road to Khankendi, Nagorno-Karabakh, Azerbaijan, Jan. 14, 2021. (Reuters Photo)
by Daily Sabah with Reuters Nov 19, 2021 10:20 am
RECOMMENDED

Armenia and Azerbaijan agreed on Tuesday to a cease-fire at their border, the Armenian Defense Ministry said, after Russia urged them to step back from the confrontation following the deadliest clash since the war last year.

Baku accused Yerevan of a "large-scale military provocation." The Azerbaijani defense ministry on Thursday said that the Armenian armed forces again attacked the Azerbaijan Army positions in the direction of the Tovuz region.

"For no apparent reason, on Nov. 18 starting from 2:10 p.m. GMT, the Armenian armed forces units from the positions in the direction of the Chinarli village of the Shamshaddin region using small arms once again subjected to intensive fire the Azerbaijan Army positions in the direction of the Kokhanebi village of the Tovuz region," the ministry said in a written statement. "The opposing side was suppressed by retaliation fire," it added.

On Tuesday, clashes between Armenian and Azerbaijan took place in the worst fighting since last year's war over the long-disputed Nagorno-Karabakh region. Azerbaijan reported seven deaths. The six-week conflict, which claimed the lives of more than 6,500 people, ended last November in a Russia-mediated deal that saw Armenia cede swathes of territory it had controlled for decades.

Armenia appealed to its Russian ally for military support under the Collective Security Treaty Organization pact, which obliges Moscow to protect it in the event of a foreign invasion.

The same day, Russian President Vladimir Putin discussed the situation with Pashinian, the Kremlin said in a statement and agreed to "continue contacts" on the matter.

Before the cease-fire was announced, the European Union and the United Nations called on both sides to cease hostilities.

Since last year's war, both Armenia and Azerbaijan have reported occasional cross-border firing.

Armenia and Azerbaijan have been locked in a decadeslong dispute over the region of Nagorno-Karabakh, a region that lies within Azerbaijan but was occupied by ethnic Armenian forces backed by Russia since a war there ended in 1994.

Tensions along the two nations' border have been simmering since May when Armenia protested what it described as an incursion by Azerbaijani troops in its territory. Azerbaijan has insisted that its soldiers were deployed in areas it considers its territory where the border has yet to be demarcated. Clashes have been reported ever since.