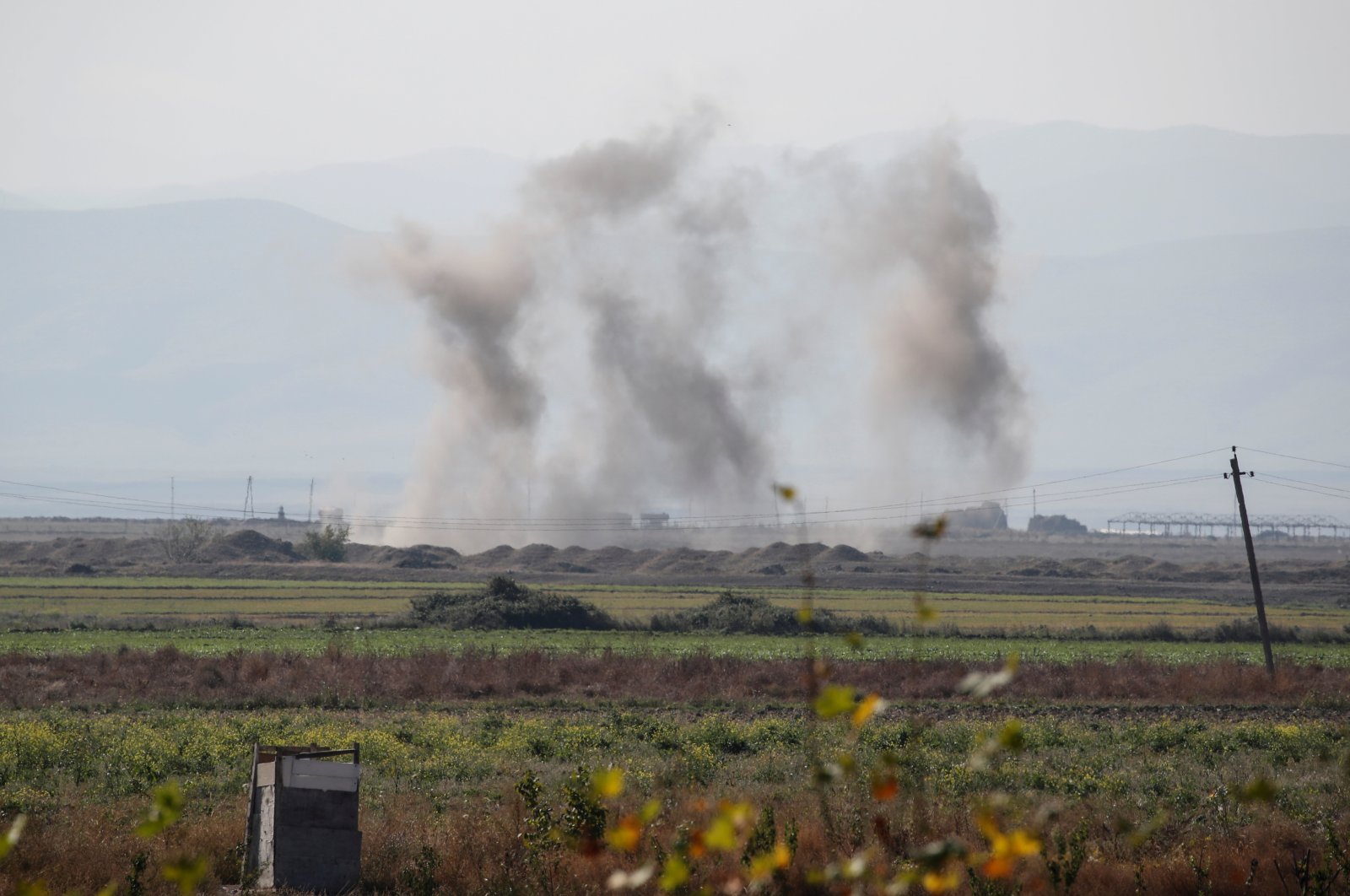 The Armenian military violated a new temporary humanitarian cease-fire with Azerbaijan just after it went into effect Monday.

"On Oct. 26 at 08:05, the Armenian armed forces violated the new humanitarian cease-fire and shelled units of the Azerbaijani army located in the Safiyan village of Lachin from the direction of Lachin city," Azerbaijan's Defense Ministry said on Twitter.

The ministry added that Azerbaijani army units were fully complying with the cease-fire.

"Since 08:04, armed forces of Armenia started shelling Tartar region and its villages in violation of the humanitarian cease-fire," Hikmet Hajiyev, assistant to the Azerbaijani president, said on Twitter.

Azerbaijan's Foreign Ministry said Armenian forces had shelled the town of Tartar and nearby villages in "gross violation" of the truce, which was announced by Washington on Sunday and was due to start at 8 a.m. local time.

The U.S.-brokered agreement was announced Sunday and had just come into effect as of 8 a.m. Monday morning.

The State Department announced that the two sides have reaffirmed commitment to upholding the humanitarian cease-fire.

The first cease-fire reached on Oct. 10 was violated by the Armenian army within 24 hours as it claimed several civilian lives when it carried out missile attacks on Azerbaijan's second-largest city Ganja.

The second one on Oct. 17 was again violated by Armenia.

Relations between the two former Soviet republics have been tense since 1991 when the Armenian military occupied Upper Karabakh, also known as Nagorno-Karabakh.

Four U.N. Security Council resolutions and two from the U.N. General Assembly, as well as international organizations, demand the "immediate complete and unconditional withdrawal of the occupying forces" from occupied Azerbaijani territory.