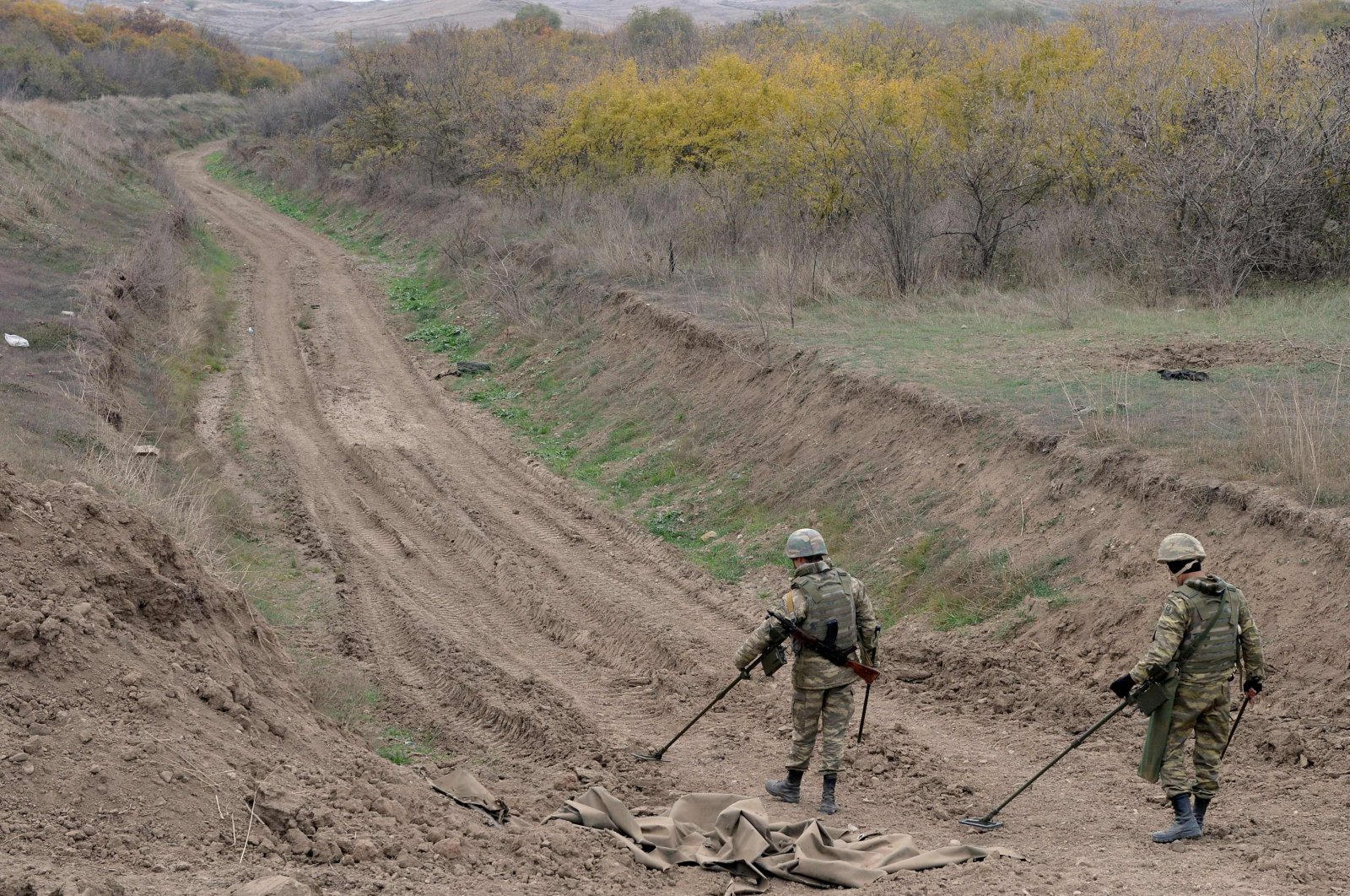 Four Azerbaijani civilians died Saturday after their car hit a land mine planted by retreating Armenian soldiers in a newly liberated area of the Nagorno-Karabakh region, Azerbaijan's prosecutor general said.

The explosion occurred when a vehicle carrying the civilians came in contact with the land mine in the village of Ashagi Seyidahmedli of Fuzuli province, a statement said.

"The mine was planted by the Armenian armed forces during their retreat," the statement said, adding that it was an anti-tank mine.

The statement called the incident a "new type of provocation" from Armenia.

Authorities also asked the public not to enter the liberated areas without a special permit. The blast underlines the dangers Azerbaijanis face in trying to resettle the territories.

Running along the border with Iran, Fuzuli was among the districts occupied by Armenian fighters in the 1990s in a war that saw separatists declare "independence" over the Nagorno-Karabakh region and several surrounding territories.

Azerbaijan recaptured Fuzuli in renewed clashes over Karabakh that started in late September and continued for six weeks.

Baku liberated several strategic cities and nearly 300 of its settlements and villages from the Armenian occupation during this time.

The ex-Soviet rivals signed a Moscow-brokered peace deal on Nov. 9, ending weeks of heavy fighting and documenting that Armenia will surrender several territories to Baku that were occupied for more than three decades.