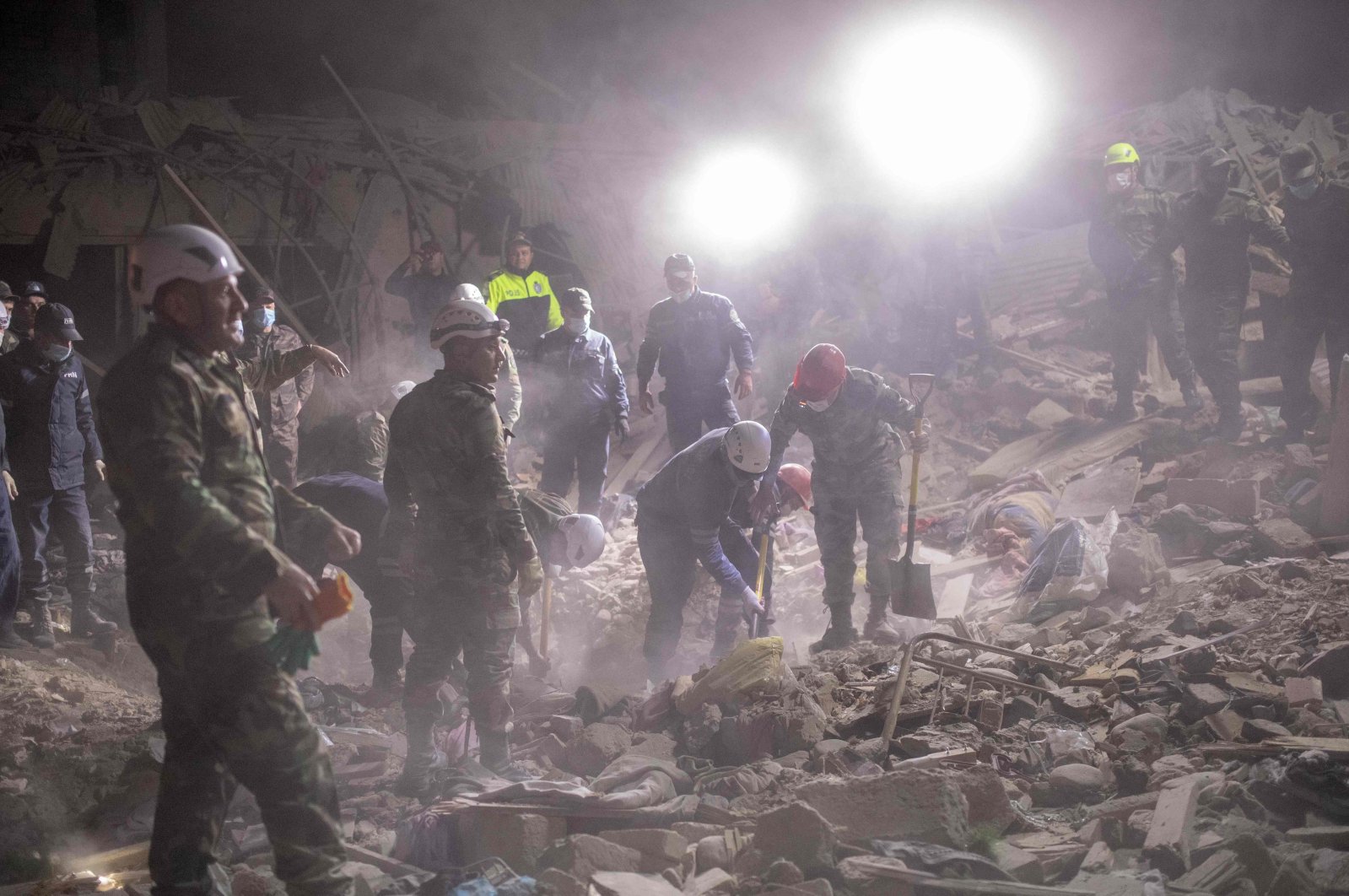 Thirteen civilians were killed and more than 40 others were injured in an early hours Armenian missile strike on Azerbaijan's second-largest city of Ganja, the Azerbaijani prosecutor general's office said Saturday.

The prosecutor general's office said a residential area in Ganja, miles away from occupied Nagorno-Karabakh, was shelled by missile strikes and around 20 apartment buildings had been hit.

The prosecutor's office said that Armenia also shot missiles on the city of Mingechavir but that the Azerbaijani air defense system downed them.

"Unscrupulous calls for a humanitarian cease-fire should see these as constituting war crimes on the part of Armenia," he said.

In a series of tweets, Hajiyev said that Armenia had launched the strikes to attack "civilians in Azerbaijani cities in a treacherous and cruel manner" on the back of a recent delivery of a new missile system that had been brought to the country.

Rescue workers and volunteers were digging through rubble in the targeted areas in order to save those buried in the strikes, with one child said to have died in hospital after being rushed from the scene.

Turkey’s ruling Justice and Development Party (AK Party) spokesman Ömer Çelik condemned the attacks on Ganja, stating that they constituted crimes against humanity and would not go unpunished, calling for their condemnation “in the name of humanity and law.”

The latest outburst of fighting between Azerbaijani and Armenian forces began Sept. 27 and left hundreds of people dead in the biggest escalation of the decades-old conflict over Nagorno-Karabakh since a separatist war there ended in 1994.

The region officially belongs to Baku, but has been under control of ethnic Armenian forces backed by Armenia for decades.