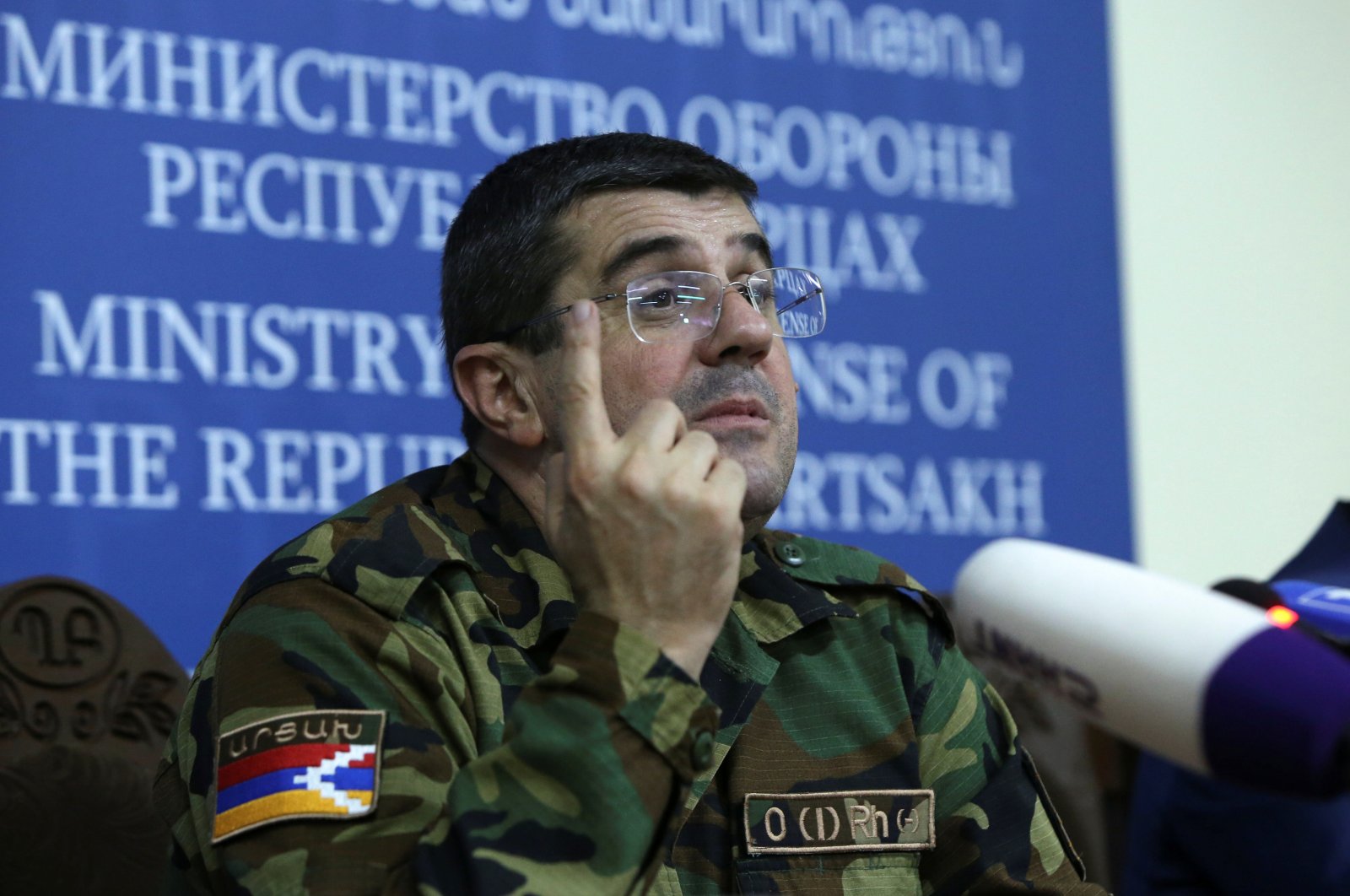 Arayik Harutyunyan, the separatist leader of the so-called "Artsakh Republic," has been seriously injured after Azerbaijani military hit the bunker he was hiding in, Azerbaijani President Ilham Aliyev's aide Hikmet Hajiyev said in a statement after Armenia's attacks against the country's second-largest city Ganja.

"He was punished for the crimes committed against the city of Ganja and other civilian areas," he added.

"Other perpetrators, other war criminals will also be punished as soon as possible," Hajiyev said.

Harutyunyan is the so-called "president" of the proxy state set up by Armenia in illegally seized Azerbaijani territory. The area under separatist control is not recognized as a sovereign nation by any country on earth including Armenia, which fears such a move will stoke a fully-fledged war with Azerbaijan.

Azerbaijan's foreign ministry said Sunday that one civilian has been killed and four others have been wounded in an Armenian missile attack on Ganja, as fighting intensified over the disputed Nagorno-Karabakh region.

In statements posted on its website, Azerbaijan's Defense Ministry said Ganja, a city of more than 330,000 in the country's west, and several other civilian areas were under fire from rockets and shelling.

"Indiscriminate missile attacks are launched against Ganja, Füzuli, Tartar and Jabrayil cities of Azerbaijan from territory of Armenia. Ganja is the second biggest city of Azerbaijan. 500.000+ population," Hajiyev previously said in a tweet.

"Armenia as state and insane political-military leadership of Armenia remains source of imminent threat to regional peace, security. Azerbaijan will continue to defend its citizens," he added.

"Azerbaijan will destroy military targets in Armenia from which Armenia is firing on Azerbaijani cities," Hajiyev later said.

The new clashes erupted on Sept. 27 and international calls for a halt to hostilities have gone unanswered, with Armenia continuing its attacks on civilians and Azerbaijani forces, who are the rightful owners of the illegally occupied Nagorno-Karabakh region, as recognized by all United Nations members and the U.N. itself.

Border clashes broke out last Sunday when Armenian forces targeted Azerbaijani civilian settlements and military positions, leading to casualties. Azerbaijan's parliament declared a state of war in some of its cities and regions following Armenia's border violations and attacks in Nagorno-Karabakh.