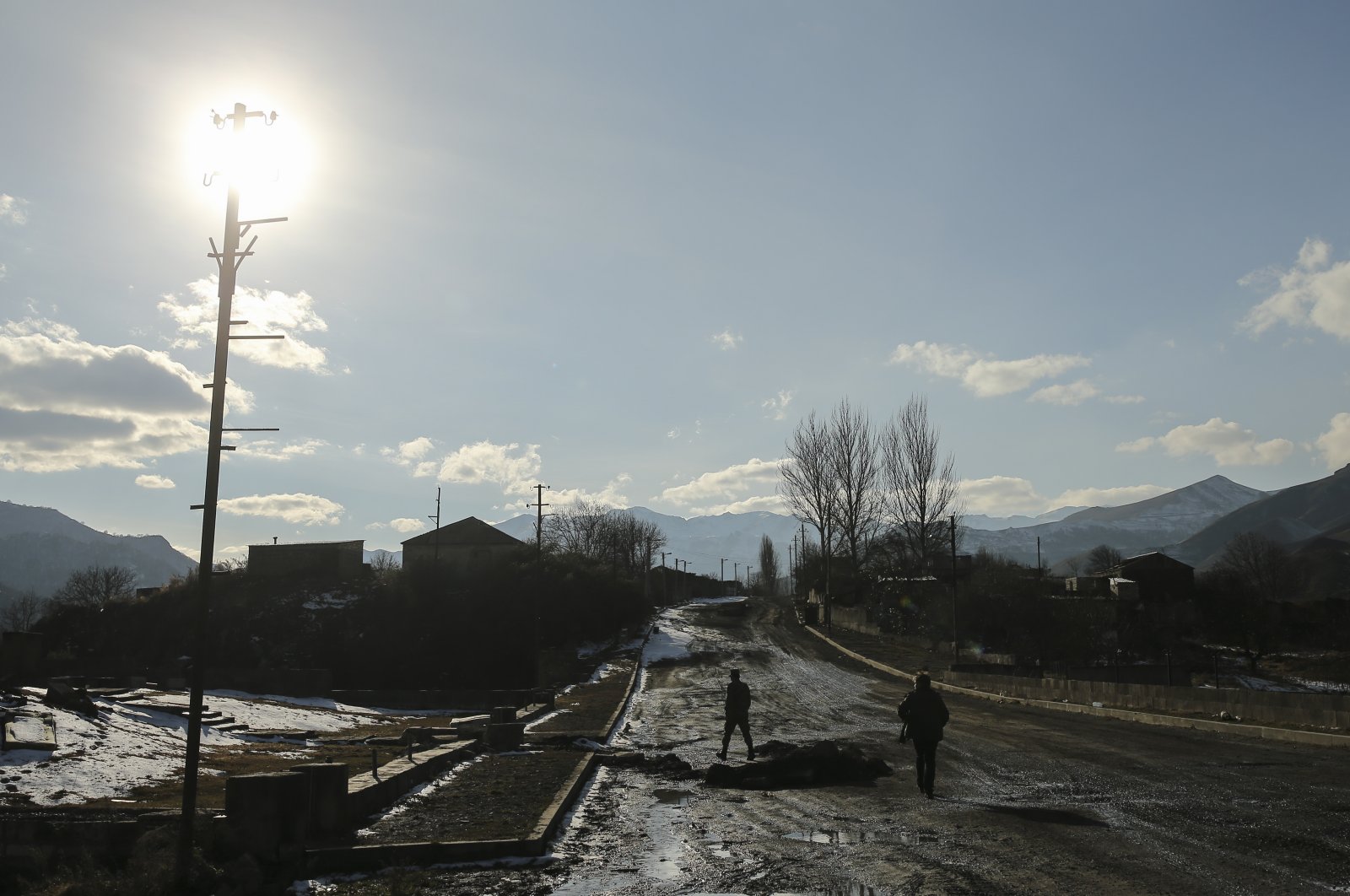 Azerbaijani soldiers walk on an empty road after the transfer of the Kalbajar region to Azerbaijan's control, as part of a peace deal that required Armenian forces to cede the Azerbaijani territories they held outside Nagorno-Karabakh, Kalbajar, Azerbaijan, Dec. 2, 2020. (AP File Photo/Emrah Gürel)
by DAILY SABAH Jul 14, 2021 3:01 pm
RECOMMENDED

On Tuesday, Azerbaijan reported that Armenian forces “opened fire with machine guns at Azerbaijani positions in Shusha,” a strategically located town in Nagorno-Karabakh that was recaptured by Baku last year.

Last week, Armenia and Azerbaijan also traded accusations of starting a shootout in which troops on both sides were injured.

In May, Azerbaijani President Ilham Aliyev said Baku was ready for peace talks with Armenia.

Armenian Prime Minister Nikol Pashinian announced later the two ex-Soviet nations were holding discussions on the delimitation and demarcation of their shared borders.

Nagorno-Karabakh lies within Azerbaijan but had been under the occupation of Armenian forces since a war there ended in 1994. That war left Nagorno-Karabakh itself and substantial surrounding territory in Armenian hands.

In 44 days of fighting that began in late September 2020 and left more than 5,600 people dead on both sides, the Azerbaijani army pushed deep into Nagorno-Karabakh, forcing Armenia to accept a peace deal that saw Azerbaijan reclaim much of the region along with surrounding areas. Russia deployed nearly 2,000 peacekeepers for at least five years to monitor the peace deal and to facilitate the return of refugees.

Under the agreement, which leaves Karabakh’s future political status in limbo, Armenia lost control of parts of the enclave as well as the seven adjacent districts that it seized during the 1990s war.

The deal sparked celebrations in Azerbaijan and fury in Armenia.